The fundamentals of monetizing with offerwalls 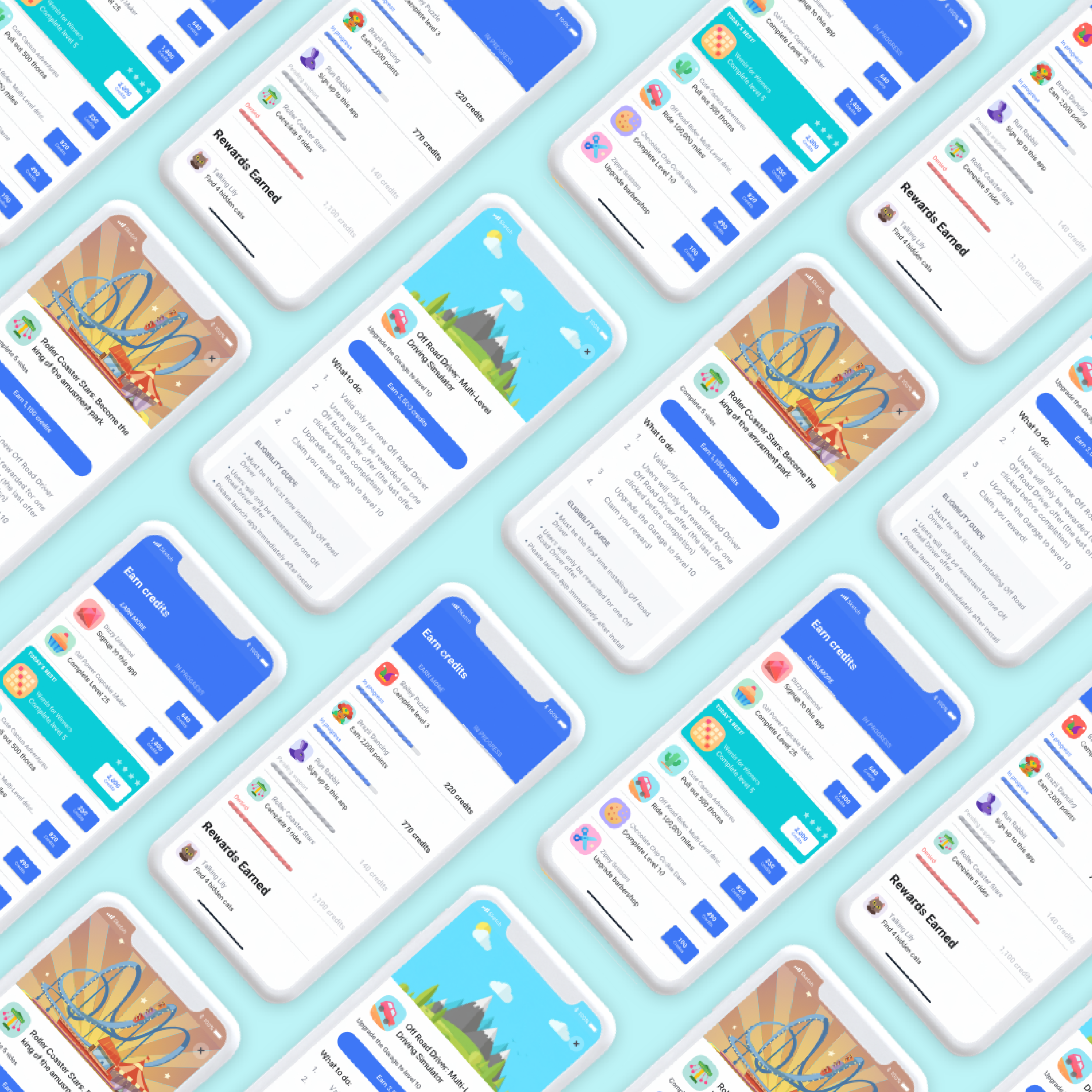 By listing offers users can complete in exchange for in-app rewards, offerwalls don't just generate revenue - they can also increase retention and engagement rates - since users have an incentive to keep coming back to the game to receive their rewards. This trifecta - revenue, engagement, and retention - makes offerwall one of the most lucrative ad units for developers.

Below, Anna Poperko, Game Design Consultant at ironSource, covers the benefits and challenges of using offerwalls, the game genres that work best with offerwalls, and the most strategic places to place offerwalls in your game. Let’s dive in.

What to know about offerwalls

If you’re considering monetizing with offerwall, here’s some tips to help you study up.

Offerwalls come with serious advantages, including the potential to increase long-term player retention. Players who engage with offerwalls are more motivated to return and continue playing because they’re invested in receiving and using the offered rewards. Essentially, as players become more invested, they become more loyal as well.

Offerwalls open the door for new revenue by monetizing non-paying players - some players cannot or do not want to pay, so they might be more open to paying with their time instead. How do you monetize these players exactly? You can set the same price for offerwall currency as the reward you set in the store (for example, $1 = 100 gems), so you’ll receive the same amount of money from players who complete the offers as the ones who actually paid with their money.

Offerwalls tend to have the highest eCPMs of any ad unit. In fact, they can generate about 10x higher eCPMs than rewarded video ad units because advertisers are more willing to invest in ad units that target highly engaged players. Think about it: offers that are set deep in the advertiser's game (like “reach level 20”) are sure to generate a high amount of revenue for the advertiser - guaranteeing the ad unit is helping them acquire a high quality user.

Some games are a better fit for offerwall than others - hyper-casual games, for example, usually aren’t the best fit because, by nature of the game, players tend to be less invested in their long-term success. These players want snackable content, and aren’t willing to invest their time in another game to receive a reward. On the other hand, midcore or hardcore games attract more committed gamers, so offerwalls offer ideal incentives to progress because they capture an engaged audience that is willing to invest their time to progress through the game.

Since offerwalls cater to highly engaged gamers, its engagement rate(the percentage of total users who engage with the ad units) tends to be lower compared to other ad units. Engagement rate targets this specific, profitable group of players who are much more invested than the rest. Of course, however, users who do engage with the offerwall are highly invested - and drive high usage rates and eCPMs, as we noted earlier.

Use the right OS

Additionally, offerwalls are limited by different capabilities on different operating systems. Due to iOS constraints, where you can’t assess as many KPIs from ad clicks, it’s significantly more effective on Android, where it has the highest amount of possible offers to give users.

To make the most out of offerwalls, a game needs two main components: currency that’s worth making an effort for and players who are willing to make that effort.

For offerwalls to work efficiently, the player needs to feel like the currency is valuable and rare enough to vie for. This is called hard currency: currency that has the highest possible value for the player (usually represented by gems, diamonds, etc.). Players determine a currency’s value in different ways: maybe they aren’t able to get it for free, they can only get it in scarce amounts, or they can’t buy this currency with a different form of game currency. Basically, the more valuable players think the currency is, the more likely they are to complete an offer in the offerwall.

Generally, offerwalls are aimed at players who found value in the hard currency and want to progress further in the game, but can’t or don’t want to spend money on in-app purchases. Long-term retention is a metric that shows how many players continually stay active in a game after a significant period of time (usually 30+ days). Gamers who play loyally on a regular basis -  “long-term retention players” - find value in the offerwalls because they’re already so invested in the game.

The games that combine these two conditions above (long-term retention players + hard currency) will benefit the most from the offerwall. That’s why this ad unit is most profitable in midcore and hardcore genres, like shooters, RPGs, and strategies. See the eCPMs for each ad unit here.

Place offerwalls in the right spot

When it comes to offerwalls, location is everything – it affects the amount of and quality of gamers that will interact with it, and thus the amount of revenue ads can generate. Here are the top placements for maximizing revenue and engagement from the offerwall.

If you’re looking for the most exposure possible, the home screen is your best bet. The home page is the first thing the player sees when opening the game, so placing the traffic driver there will expose the offerwall to the maximum amount of players possible. Adding an offerwall to the home page can also help to increase overall player engagement, because the home screen has the maximum amount of users passing through.

The next hot spot is the game store - when the player is looking to get some hard currency, the store is the first and natural place to look. By placing the offerwall traffic driver in the store, players can immediately recognize the opportunity to get hard currency without needing to spend anything.

You can also show the offerwall traffic driver when players need hard currency the most. Often, players are not even aware that they’re missing hard currency - so this prompt catches players at the right moment, where offerwall is a great and free alternative to get more currency.

Additionally, we recommend that developers use pop ups to promote sales opportunities that increase a reward’s value over a limited period of time, for example: double coins for two days over Christmas weekend. To increase visibility for these promotions, it’s even beneficial to show the player this offerwall popup immediately when they open the game. Get more tips for running offerwall promotion campaigns here.

All in all, offerwalls have a slew of perks that can be utilized to your benefit if you know its recipes for success. Piecing together the right currency and players and knowing where to place the ad unit can make all the difference in your game’s revenue and overall success.

Learn more about getting started with offerwalls