Q&A with Qiiwi Games: Inside their IP, unified growth, and localization strategy 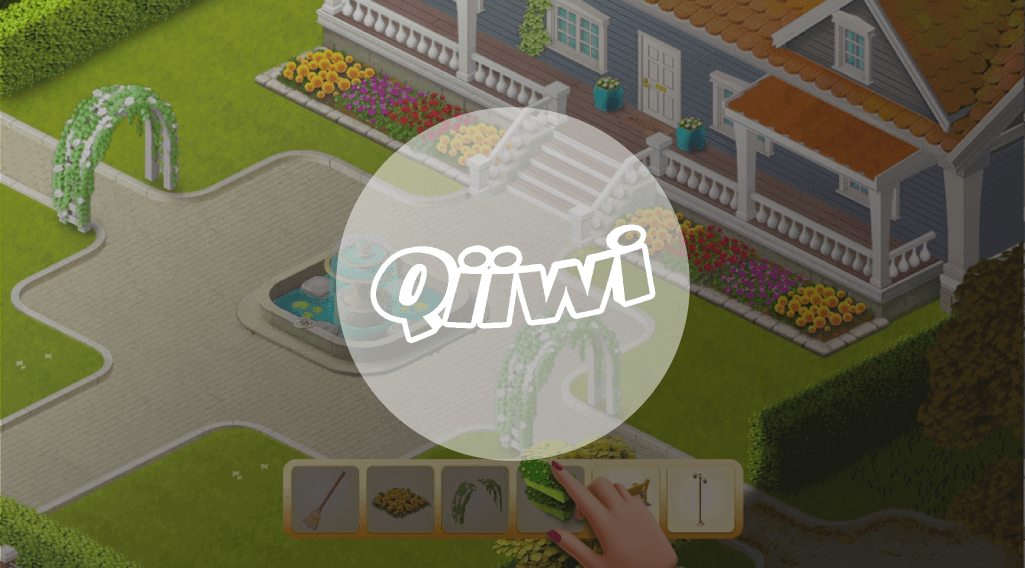 ironSource sat down with our mediation partner Erik and Marcus Dale Rundberg, CEO and CTO at Qiiwi Games respectively, to pick their brains on IP games, localization, and tips for building a unified growth team that merges monetization and user acquisition. Keep reading for a transcript of the conversation and more of Erik and Marcus’s insights.

Tell us a bit about Qiiwi Games and the types of games you make.

Qiiwi Games is a Swedish developer and publisher of mobile games targeting "Casual Gamers" within the genres Match-3, Trivia and Word/Puzzle. The company was founded in 2012 and currently has studios in Sweden and Cyprus with a total of 25 employees.

At the start, back in 2012, we mainly focused on creating trivia games. Our first title was a PvP trivia game called QuizMe - it quickly gained a lot of traction, primarily in Sweden. From that point on we continued to develop more trivia games and also started to move into the word genre with a game called “Words in a Pic” where the player needs to find three words that in some way connect to an image.

In 2014, we started developing the mobile game Backpacker®, a trivia-based game where you travel the world, answer questions, and visit sights to learn more about the city. Backpacker® is currently localized to 5 languages and has over 50 unique cities and more than 50K trivia questions in total.

In 2018, we established a new company strategy that would span between 2019-2021, with the main focus being to create games with metagame mechanics. This led to our biggest hit game so far, Wordington - a word search game where you help the main character Emma restore her grandpa's old house. The game reached 10 million downloads at the end of May 2020.

As part of this new company strategy, one important thing for us was to reduce risk, by creating both Qiiwi's own IPs and games based on strong international brands. Because of this, we also started a new business area called “Branded Games” where we re-use development from our own games to create strong and scalable games based on famous brands.

Qiiwi’s got a great game called Hell’s Kitchen based on the TV show. What was the process like getting the IP?

We came in contact with ITV in late 2018. ITV is the largest commercial broadcaster in the UK but also one of the biggest TV production companies in the world.

We quite quickly came to the conclusion that Hell’s Kitchen would be a perfect fit for a match-3 game with a metagame story on top. With Qiiwi’s expertise in creating metagames, combined with the success of Wordington and the strong international awareness of Hell’s Kitchen, we had our partnership going, closed the deal and the game started its global launch on the 30th of April 2020.

The goal for both Qiiwi and ITV was to create a game that could scale globally and be managed for several years using live operations and content extensions to maximize LTV and engage the player base.

We have a wonderful partnership together with ITV where our current focus is on scaling the player base using both ITVs and Hell’s Kitchens marketing channels together with traditional UA performed by Qiiwi’s growth team. We feel that we have just started our Hell’s Kitchen journey!

At Qiiwi, one person works on UA and monetization for the same game. Why did Qiiwi unify the business units?

We believe that it’s really important for UA to understand the whole lifecycle - of both the game and the lifetime of the players. Having detailed knowledge of how monetization in the game works makes UA decisions much easier. For example, understanding how the ad revenue changes on the monetization side gives us great insights into how the CPI acts on the UA side.

"It’s really important for UA to understand the whole lifecycle - of both the game and the lifetime of the players."

How do you build a UA strategy with monetization in mind?

Almost all our UA campaigns are optimized against a specific ROAS goal based on many different criteria that of course is mainly driven from the retention and ARPDAU received on different markets.

We aim to be very certain about reaching 100%+ ROAS on day X, so we can further scale our UA campaigns profitably. With the amount of data that we’ve collected on UA campaigns over the years, we can estimate if a campaign will be profitable on day X or not within a few days after acquisition.

Since we have a large portion of ad revenue, we also need to look at the ad revenue on the user level, which ironSource has great APIs for. Since different players and geos bring very different CPM levels for ad revenue, it’s extremely important to know what we can expect in different geos before launching new UA campaigns.

What ad units work best for your games?

The main source of ad revenue for us is rewarded videos - and this is by design, as we've built our games core loops with rewarded video placements in mind and regularly do A/B(/C/D) tests to see what combination of different criteria works best for a given game.

Having rewarded videos be an important part of the core game loop means almost all players use them. We also have interstitial ads, but at a way lower rate since players generally don’t like forced ads, and we’d rather have them watch more rewarded videos.

In addition to this, we also use many placements in different places in our games to bring the impressions per daily engaged user to its max potential.

Do you segment users? What’s your strategy there?

The purchaser segments can of course be implemented with an ad revenue approach, in order to get insight into what type of players watch the most ads and who are the most profitable ones. This way, we’re able to configure the games to work at the optimum pace for each player.

What tips and best practices can you share for other game developers looking to optimize growth (monetization and UA)?

The previous questions answer that pretty much, but... the number one thing you need to scale a game is to have a solid and stable retention and ARPDAU. If you have that, you know what you can pay for each player in a given region or geo. We’ve been able to scale our games successfully by keeping a close eye on these KPIs to be close to 100% sure that we’ll get ROI, and then scale further.

If you don’t have rewarded ads in your game, add it, it will have a huge impact on your ARPDAU if implemented correctly together with the correct array of networks, waterfalls and segmentations.

"If you don’t have rewarded ads in your game, add it, it will have a huge impact on your ARPDAU"

Your games have been translated into 10+ languages. What’s your process for localization? How has doing so helped your game business?

Since we’re primarily focused on the word, trivia and match-3 genres, localization is very important. If you play a crossword game, the most natural thing for the players is to play it in their own native language. The same of course goes for trivia, where questions may have very different perceptions in different geos.

When launching new games globally we try to at minimum to support the main languages, EFIGS (English, French, Italian, German and Spanish). After that, we add new localizations where we see good growth opportunities and a possibility to scale.

What can we look forward to from Qiiwi in the future?

In 2020, Qiiwi’s plan is to launch one more “Branded Game” together with ITV, this time under the very well-known brand “Coronation Street”. Coronation Street is the most popular English soap opera and has been featured on ITV since 1960, making it the world's longest-running continuous drama. The soap opera is normally broadcasted in six episodes every week during prime time on ITV and regularly attracts an audience of over six million viewers. It’ll be a word game with a Coronation Street theme.

Our goal is also to launch two more Qiiwi-IPs based on the great backend and game engines we’ve built over the years. Besides this, we are in very exciting discussions regarding more “Branded Games” for launch in 2021. We hope to be able to say more about this really soon!

A pricing model referring to the cost of 1,000 impressions.

Full-screen ad unit which engages users at natural pauses in an app’s flow.