What is eCPM and how to calculate it 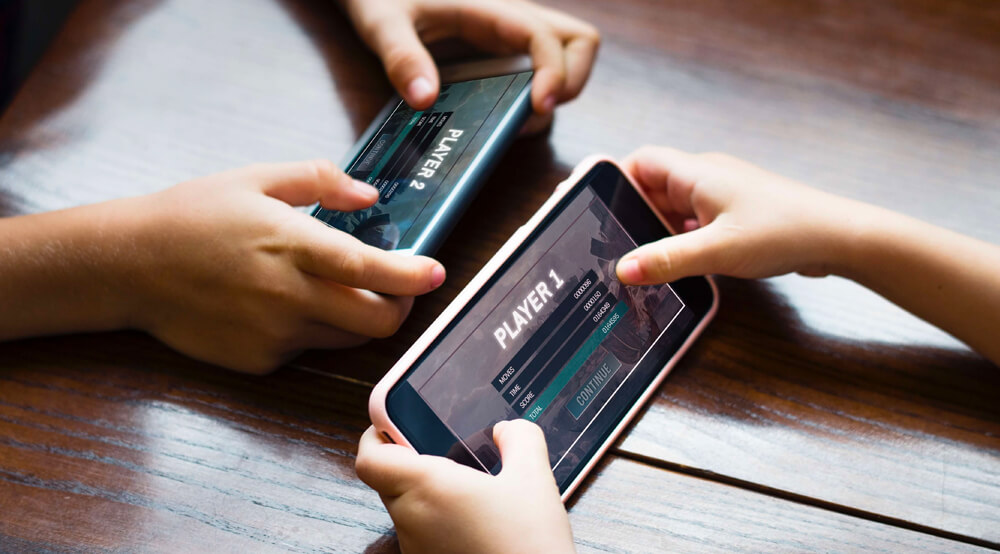 eCPM is a term that’s thrown around quite often in the mobile advertising world. But it can be quite confusing, especially for new developers looking to monetize their app through in-app advertising. Let’s take a look at what it means and why it matters for app developers. 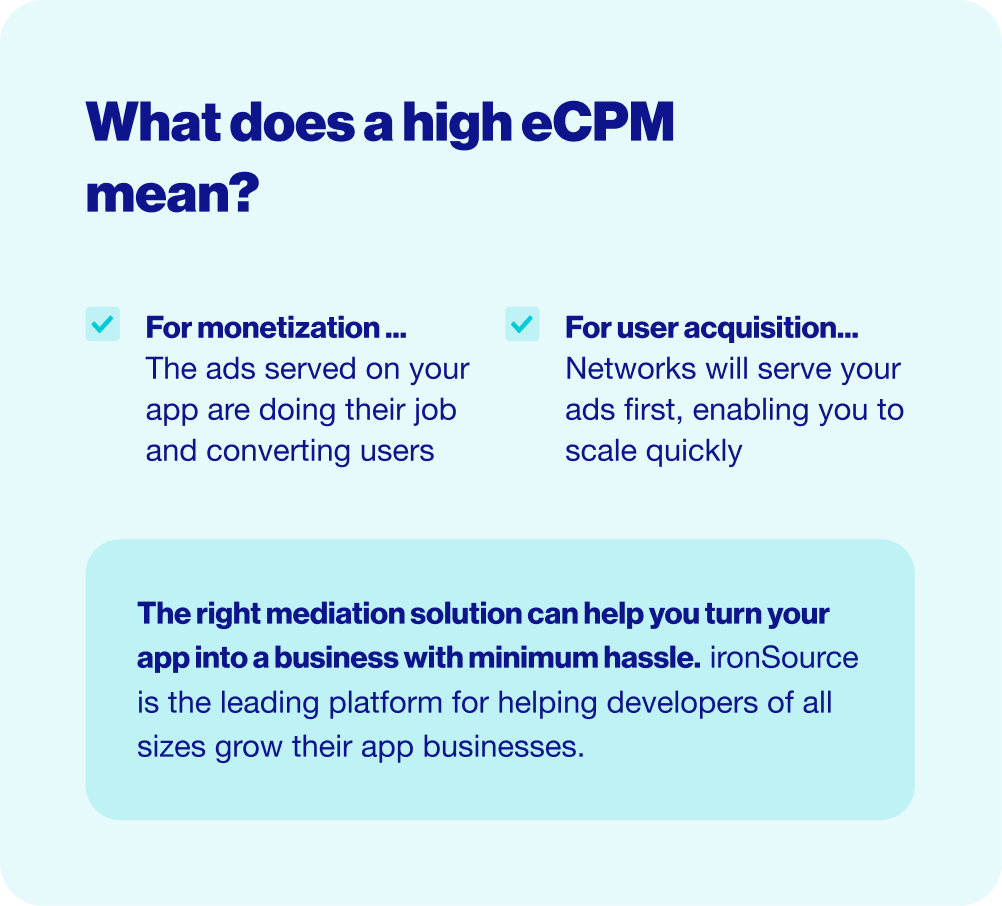 eCPM means “effective cost per thousand impressions,” which in layman’s terms is the ad revenue generated per 1,000 ad impressions.

There are two sides to eCPM: monetization and user acquisition.

On the monetization side, eCPM is a metric used to measure an app developer's ad monetization performance. If app developers have a high eCPM, it means that the ads served on their app are doing their job and converting users. The more users the ads convert, the more the app developer gets paid.

On the user acquisition side, eCPM measures the ad revenue generated by a specific campaign. Because networks use eCPM to rank campaigns within their ad serving models, they serve the campaigns with the highest eCPMs first and most often - enabling the campaign to garner a high amount of impressions and scale quickly. In this way, eCPM represents the campaign’s buying power.

How to calculate eCPM

To calculate eCPM, divide your total advertising earnings by the total number of impressions your app served. Then multiply by 1,000. The final figure is your eCPM, or the amount of money your app earns per 1,000 ad impressions.

As long as impressions and cost are measured, eCPM on the user acquisition side can be estimated by multiplying the CPI (how much you're willing to pay for each install) and IPM (how many installs out of a thousand the campaign generates) of a campaign.

Note that eCPM floors are only relevant for traditional waterfalls and not for in-app bidding. Rather than manually assigning an eCPM floor to each line item in a waterfall, an in-app bidding solution asks each ad network how much they're willing to pay to serve an impression and automatically serves the impression to the highest bidder. While the mobile app industry is still operating in a hybrid bidding system, as the industry moves closer to a pure in-app bidding monetization, eCPM floors will become less relevant.

For example, let’s say you want to understand which ad unit is performing better and making you more money. To do so, you’d calculate and compare the eCPM of both.

As we mentioned, eCPM is also critical for measuring and optimizing the performance of user acquisition campaigns - the higher the campaign's eCPM, the more impressions it'll win and the faster it'll scale.

Take a look at the graph below and remember that eCPM for user acquisition managers equals CPI multiplied by IPM. That means Campaign A has an eCPM of $5, Campaign B $10, and Campaign C is upwards of $40.

Campaign A's eCPM is too low to win a high share of voice on the network, while Campaign B's eCPM is good enough to win a majority of a network's impressions. Campaign C, meanwhile, has such a high eCPM that UA managers can actually increase their margins, or lower their CPI, and still see the same campaign performance. That's usually due to an incredibly high IPM, from a high-performing creative. 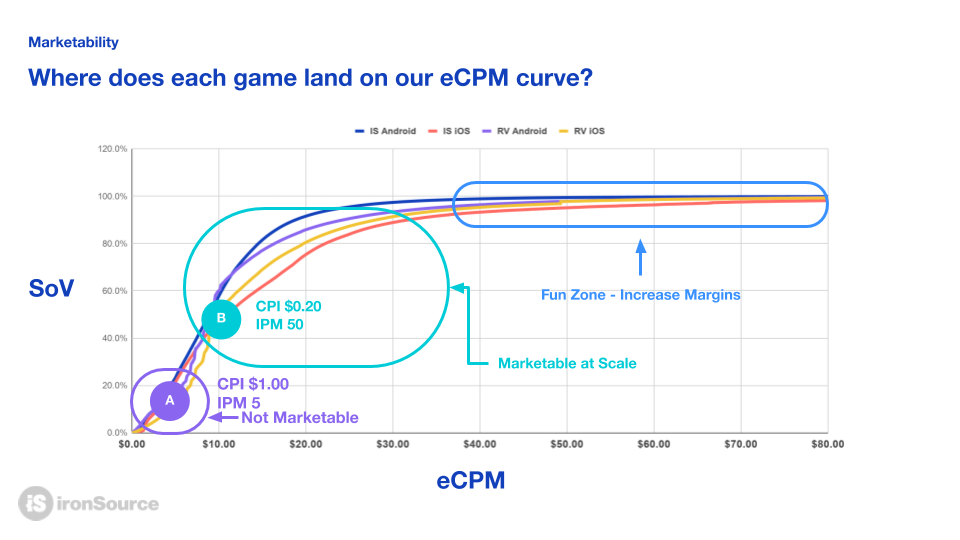 How to increase eCPM

There are several strategies app developers can implement to improve ad monezation eCPM. Take a look at a few of our top tips:

Think of in-app bidding as an auction - the solution asks all the available bidding ad networks how much they're willing to pay for an impression and serves the impression to the highest bidder. That's in contrast to the traditional waterfall, which has multiple line items that app developers manually arrange according to eCPM.

By using in-app bidding to ensure best performing campaigns are delivered first, you can quickly and easily increase your own eCPM.

2. A/B test ad formats and remove the ones that don’t perform

There are several ad units out there to choose from today: user-initiated ones that users opt-into engaging with like rewarded video and offerwall, and system-initiated ad units that developers choose when to show like banners and interstitials. Each has its own advantages. Be sure to continuously run A/B tests to see which ones are performing well and which ones aren’t. If you see that a certain ad unit is consistently delivering low eCPMs, remove it from your app. ironSource's ad monetization A/B testing solution lets developers test different ad monetization strategies and know with certainty which one will maximize revenue. Here are five examples of A/B tests you can start running now.

Using ironSource mediation, ZiMAD was only running rewarded video ads on their game, My Museum. Their project manager was curious about adding interstitials as a second ad unit, to see if it would increase revenue without harming retention. She used ironSource's ad monetization A/B testing tool to set up two groups: the first group acted as a control and ran only rewarded video ads, while the second group ran both rewarded video and interstitials from Day 1. The result? ZiMAD’s revenue increased by 17%. Read the full case study here.