3 tips to scale your offerwall campaigns and increase profit 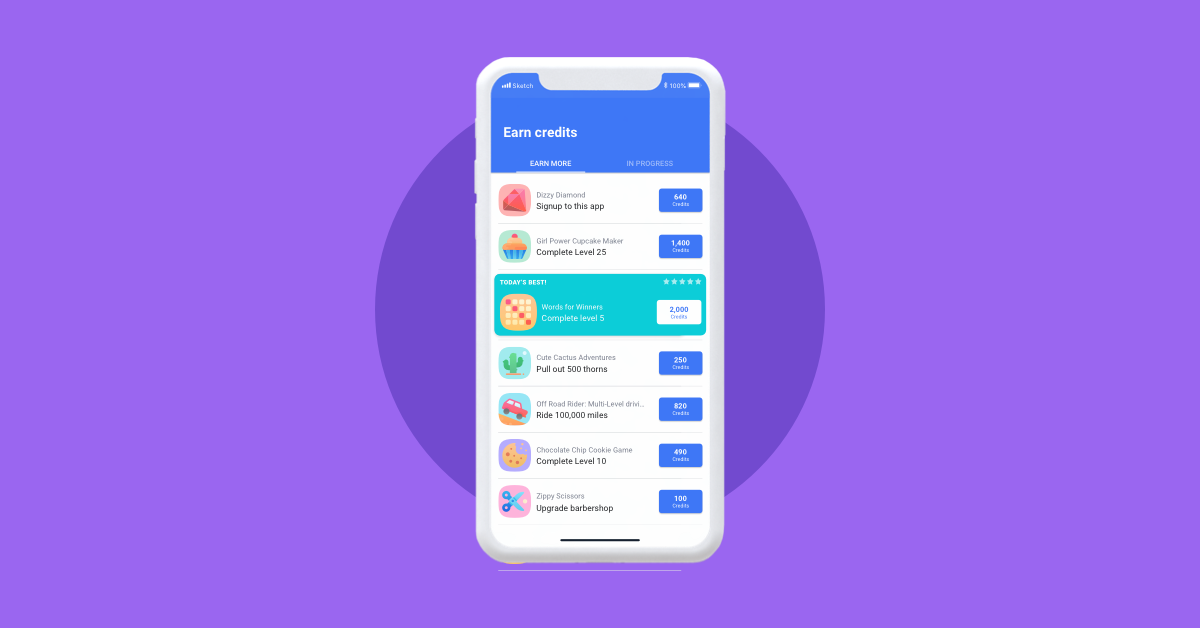 Offerwalls function as mini in-game stores which list out tasks for users to complete, such as installing another game and reaching level 5, in exchange for in-game currency. With the right offerwall user acquisition strategy, advertisers can acquire users that go on to play for months, if not years, and generate extremely high ARPUs - within RPG, for example, some advertisers see offerwall campaigns generate ARPUs above $100.

The key of course is in optimizing the campaigns toward ROAS, setting the right event, and capitalizing on high traffic such as during special promotions. Read on for best practices for maximizing profit from your offerwall campaigns.

1. Use data to choose the right CPE event

From an advertiser’s perspective, choosing the right CPE event for an offerwall campaign to run with is key for maximizing long-term profit and engagement - and data should play a big part in that choice. In other words, it’s not enough to simply see that the competition is using “Level 50” as their offerwall event and do the same. Instead, you need to choose the event that best suits your game flow and user behavior, taking into account when users are dropping off and when they’re paying. We recommend relying on data and nothing else - not your competitors, and not your gut instinct.

Essentially, you want to choose an event that occurs just after the “tipping point,” which is the point in the game in which users do something valuable that is likely to bring about payout, scale, and engagement. For example, if you see that on D7, users generally make an in-app purchase, it’s best to set the event as something that may occur on D8. Otherwise, if you set it too early, the user will complete the event and have no incentive to continue on to make that IAP, leaving you ROI negative.

To help choose the right event, we also recommend running at least 3 offerwall campaigns at any given time - each with a different type of in-game event depending on how many days it takes a user to complete the event. That includes one shallow in-game event, one medium, and one long. This will enable you to more easily test which events deliver that perfect balance between scale and ARPU. In addition, running with multiple events ensures that you’re widening your net and appealing to as many users as possible.

During testing, don’t just differentiate events in terms of depth and level. Also test the text on the offerwall event, the instructions in the pop-up that follows, and the icon that goes near it. You’ll be surprised how much control you have as an advertiser over what you can show users - and anything can be tweaked. Is a short explanation that’s simple and to the point best? Or does a longer one that offers more details on how to complete the offer improve performance?

By testing multiple events and playing with the descriptions, Huuuge Games quickly reached their D7 ROAS KPI with good scale. In fact, their D7 ROAS for offerwall was 9x higher than rewarded video, and D7 ARPU was 5x higher. Read the full case study.

Often, networks like ironSource will announce special offerwall promotions ahead of time to take place on major holiday weekends like Christmas, Thanksgiving, and New Year’s Day. The already high traffic these holidays bring, combined with promotion’s promise to raise rewards for a limited time only, guarantees increased offerwall engagement for publishers. In order to capitalize on this traffic, we recommend advertisers raise their bids in time for the special promotion. Doing so boosts the chances that your offer tops the publishers’ offerwalls, making it one of the first ones users see.

Lilith Games, for example, was running an offerwall ad campaign for their game Rise of Kingdoms within a publisher’s double credit promotion over Thanksgiving weekend. By raising their bids, Lilith topped most publishers' offerwalls, and as a result, was able to increase offerwall volume 4x. On the monetization side, their ARPU went up by 3x and purchase rate by 20%, delivering a 2x increase in their D7 ROAS. Read the full case study here.

3. Adjust ROAS goals for each event

It’s always best practice to optimize a campaign’s ROAS goal according to the most accurate, granular LTV curve available. However, we often see that advertisers run the same ROAS goal for all their offerwall campaigns. But LTV curves vary per each offerwall event, that means advertisers should be setting different ROAS goals for different events.

For example, you may see that a shallow event like “install and complete level 1,” which takes 1 day to complete, has a D90 ARPU of $10, while a deep event by the same advertiser like “install and completel level 11,” which takes 7 days to complete, generates a D90 ARPU of $60. Though there are fewer users completing the deeper event, the ones who do generate an extremely high ARPU, and retain better.

In the graph below, we can see that the very successful, deep event is already recouping ROAS within 20 days, while the shallow event is taking 90 days to recoup. It’s likely that the advertiser is optimizing their offerwall campaigns towards some number in the middle. However, by adjusting the ROAS and increasing the bids for the deeper event, we’d likely see a surge in traffic and profitability. We see below that the deep campaign reaches 200% ROAS in 90 days. If the advertiser shifts the ROAS curve to hit 100% within 60 days, they increase their bids to $45 for the cost per engagement campaign, which lowers the ROAS goal from 51% to 32%. The bid increase lets the advertiser scale higher and faster, and maximize profits. On the other hand, the bids for the shallow campaign are probably too high - by lowering bids and increasing the margins, the advertiser can save and increase profit. As for the advertiser’s shallow event, which reaches 100% ROAS after 90 days, we can lower the breakeven day to 60 days and change the ROAS goal accordingly. Watch the webinar to learn more about adjusting ROAS goals for offerwall campaigns.

Interested in getting started running offerwall campaigns with ironSource? Get in touch with us. 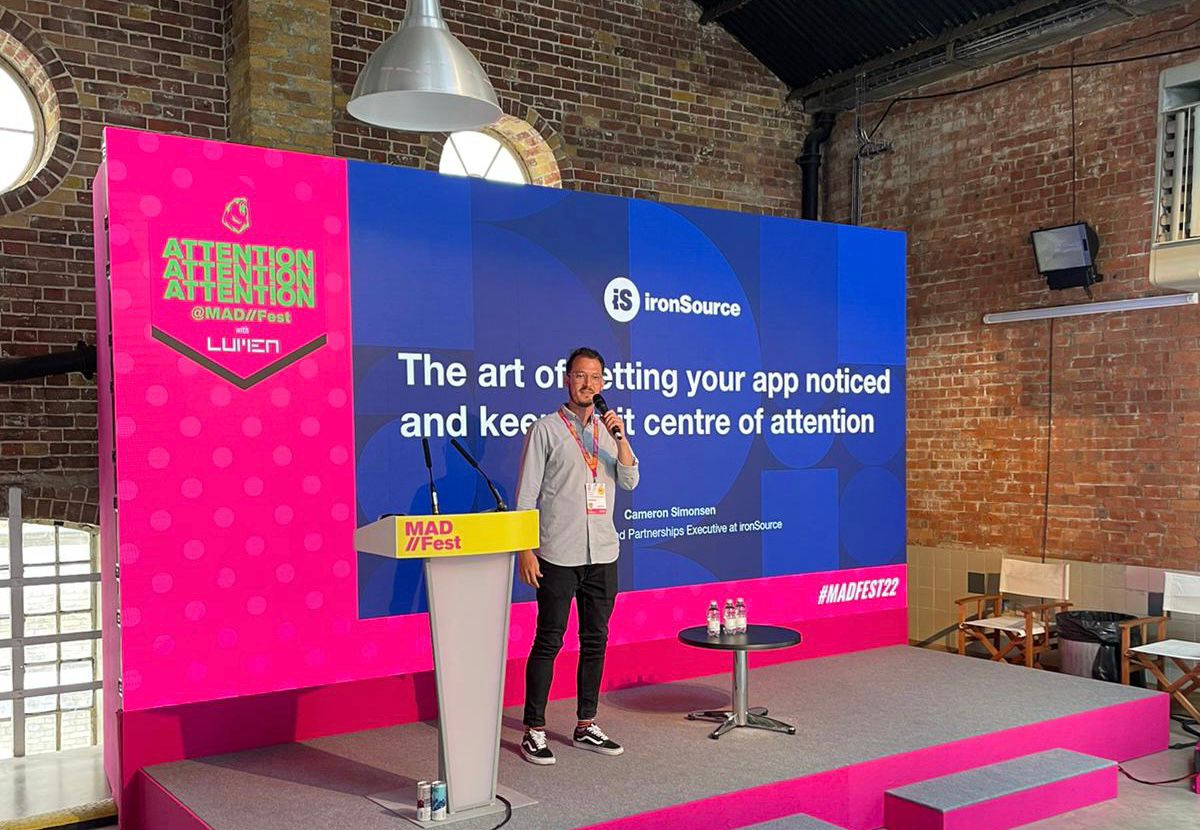 Is a pricing model used in UA campaigns where app advertisers only pay for post-install events.