How to succeed with a subscription monetization model for your app 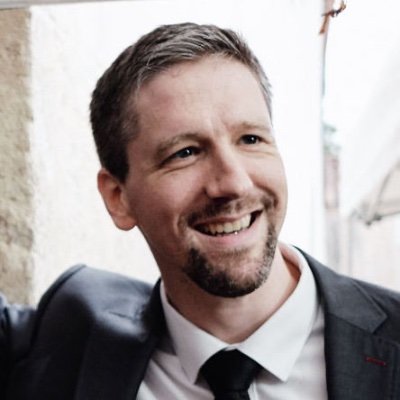 In this episode of Out of the Box, our host Jess Overton, Director of Demand at ironSource Aura, sits down with Jean-François Grang, co-founder and chief product officer at Purchasely - a SaaS platform that helps marketers manage their in-app purchases and subscriptions.

Jess and Jean-François discuss how to succeed with a subscription monetization model - including questions to ask before implementing a subscription model, tips for segmenting paywalls, tips for reactivating churned users, and more. Tune in here or keep reading for the edited highlights.

Taking a look at the subscription market

“In-app subscriptions touch a lot of people in a company - developers, marketers, product managers, the head of the company is also interested because it drives the conversion and money, and the accountants.

I think the whole news industry will move to subscription - or back to subscription because it was their original business model - in the next six months. It started over a year ago during the pandemic.”

What’s contributing to the switch to subscription?

“Some apps were really surprised by what happened with ATT and had to make a quick switch to other revenue streams, which were subscriptions.

We also cannot ignore the fact that companies like Netflix, Spotify, and Dropbox have educated the market on subscriptions and why you should be using subscriptions. There's also a maturity in the market that is happening right now that people are used to subscribing to quality services.

Questions to ask before implementing a subscription model

If you have a freemium app, the question of which feature should be free, which should be paid, is also something that you have to deal with. That’s because when you give too many things for free, you won't convert to paid - but the other way around will kill potential leads that would love your app and finish by purchasing.

How to build a successful subscription monetization model

“It's really important to be able to test prices, test the package composition, try to split the offer and the packages, and test different sales pitches to make people convert. So really just like any good marketing strategy, the strategy there is to A/B test different components.

"So really just like any good marketing strategy, the strategy there is to A/B test different components"

It's very easy to understand that the way you sell these services should be very different in order to be more successful. So it's not only about A/B testing. It's also about segmenting your population, about testing different segments. I believe segmentation is more important than A/B testing.

How to segment paywalls

“Let's say that I'm a Duolingo, for example. I'm trying to learn French. Depending on if I'm an 18 year old willing to spend five minutes learning for my next exam, or if I'm a 45 willing to spend an hour a day learning French for business - you can understand that these populations don't really have the same needs.

So first of all, the easy thing is that you shouldn't offer the same duration or the same first commitment. For the 45 year old, you want to engage him in the sixth month, maybe one year. Meanwhile the 18 year old only wants to pass this exam that is happening in two months. So you might offer different periods. But if you also have different service levels, for example, I have a starter kit, I have a premium kit - you can also advertise and choose which you want to advertise on your paywall.

Apps gather a lot of information on the very first launch. What are your goals? What do you want to do? How much time are you willing to spend? We see all these questions and onboardings every day for every kind of app, but they're really not used right now for personalizing the paywalls.

So there's always resistance in using segments because you don’t want to break the paywall. This is also a space with a lot of regulations. Apple is checking that you are not advertising the free period without saying how much the customer is going to pay.

At some point we will have some subscription fatigue. So we need to still be able to check the news on the website without having to subscribe or launching a seven day trial. So both can exist for such a usage - especially for newspapers where I want to just have a look at an article and I don't want to have to pay for it.

The subscription model is great for a lot of long-term and mid-term usage, when you know that your customer is going to get engaged with your service for quite a while. But if you're providing a casual experience, something that's going to be launched one or two times and then is forgotten - like games - you don’t want to be subscribed to these services, and there, advertising can fuel them instead.

Meanwhile, subscription is great for services that don't have the audience to monetize using advertising.

There's a lot of strategies to balance this. The first thing is not only relying on making free content paid. Of course, adding more paid content alongside free content and raising the percentage of paid content is important - but you should think of services your app can give besides removing ads and unlocking content. It’s not only content that people are willing to pay for. Something which is additional and really a plus should be considered.

For example, it can be offline navigation, now a lot of newspapers have games, or other features to prepare for specific exams.

How an app can grow subscription revenue

“If you do the initial launch, you'll have the paywall is displayed to you and you can choose to ignore it. Then you'll be playing with the free features that are inside the app. Meanwhile, you always have that purchase button or subscribe button, somewhere in the navigation, in the settings and in the navigation bar. But you’re so used to seeing that purchase button, that you won't see it anymore. Your eye is used to avoiding these dead spaces of content.

There is a lot of experience inside your product that you could be leveraging to make the user convert to a paid plan. Let's say we have a video application or TV application with a lot of content - but you play a new video and the video for example, is not HD or 4k because it requires a paid plan. You want to be able to add a button “HD 4k” so when you switch to it, you display a specific paywall for the specific need of improving quality. This is one example, but let's say you want to pay for the replay. You can also have a different paywall with replay.

So it's really about finding the best spot in the experience where the user is already engaged, but needs to pay and provide him with a paywall that explains to them what he's going to subscribe for and how much it is - but with the specific context, not the default paywall with all the features. Then later on, you can activate him. You could be pushing an experience in a way that it doesn't feel like the same advertising that you see over and over again, but specific advertising that is helping you have a better experience and not forcing you to purchase something.

There's a lot of use cases that happen outside of the app that you could be also acting on. And these are also parts of the user journey and how you can multiply the touchpoints. It's also important to consider that once a subscriber has subscribed, you can always increase its lifetime value. If a user wants to churn, maybe offer him a discount or maybe upsell.

You can directly send a push notification or an email or display a message in the UI so that the user can do something. There’s two strategies I love here. First, when you cannot charge the credit card, this is the easiest tip … With a deep link that directs the user to the settings and a screen to update the credit card … can lower churn by 15 to 30%. And this is a three minute set up.

The second strategy is the cancellation, which takes an hour to set up. When the user goes to the setting, and cancels their subscription … you can start an automation and depending on the revenue you can choose to adopt a retention strategy or maybe offer him a cheaper plan and downgrade.

Another upsell strategy that we are testing quite heavily right now is, if you have a user that is subscribed to a monthly plan and that's really active on premium content - after the third renewable cycle, we offer them a paywall for converting to an annual plan. It gives you at least 15 months of monetization without any discount … Once again, it's a five to ten minute set up.”