How to balance your mobile game economy 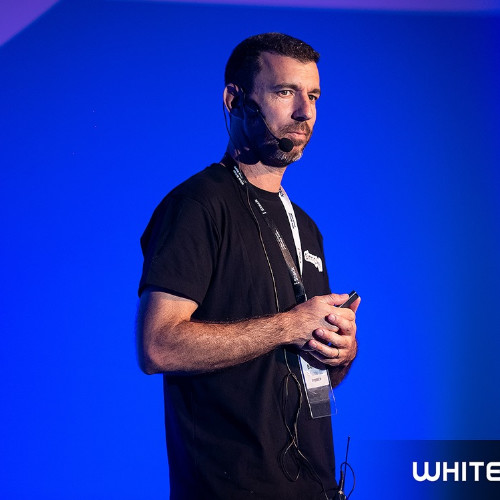 In this episode of LevelUp, Guy Bar Sade, co-founder and CEO at Simpool, breaks down everything around building in-game economies. Guy offers tips to balance the game economy, how game teams should define their KPIs, and common mistakes he sees from game developer companies, and how to create a company culture based on data.

Creating needs and opportunities in the game economy

“In free to play games, sometimes we offer players something to start with so they can get engaged and excited. Any free currency we offer is called a resource. On the other hand, we want the user to consume this currency and show them that if they want to scale their capabilities, they’ll need enough resources. Hopefully, if the game is well-balanced, this happens and monetization begins.

Monetization happens when needs and opportunities meet. The game economy needs to create the need. For example, the user wants to play another session in Fortnite, but to win the next battle, they need to have a faster airplane. This is where monetization comes in and provides the opportunity saying 'we have a 40% discount on the airplane you need to win the next battle.'"

Breaking down hard and soft currency

“A few years ago, it wasn’t common to have multiple currencies. When Zynga launched Farmville on Facebook in 2008, suddenly we could pay to boost our fields, and it was simple. But at some point, we understood that to monetize, we needed to blur the lines between an actual payment and in-game currency. That resulted in creating soft currency and hard currency. Usually, monetization is done for hard currency and soft currency is used in loot boxes and other features, to add interest and engagement in the game.”

Why you need a well-balanced game economy

“You can create a well-balanced game economy for a game that just moves a bucket from one side to another side. The economy may be perfect, but the game will be boring. So the economy isn’t everything. On the other hand, there are many games with beautiful design, the animation is perfect, the sound is good, but actually users don’t have any need to purchase. For example, if they always win and progress very fast. Or if the game is too difficult, and churn is high.

First, a game must have a story, which isn’t initially related to the game economy. The game designer needs to define what the high-level goal of the game is. Is it winning a race? Taking over the world? They also need to define product goals - for example, we want to convert users on average after 3 days on level 20. Once you have this product roadmap defined, the economy needs to justify it. You need to provide enough currency for users to reach the third day and level 20.  And it needs to be highly attached to the product roadmap.

On average, D2 retention is 40%, meaning out of 100 users, only 40 will play until the second day. The conversion point, which we’ll make 5%, means only 5 out of the 100 will ever pay. As long as time passes, the amount of users who will potentially convert to paying becomes lower and lower. The product roadmap needs to be aligned with the economy so that the economy can give the user enough fuel to reach level 11 on the first day. And we need to give them enough currency every time they’re leveling up. Otherwise, they might not be engaged enough to pay.”

“I’ve learned that in the early days of startups and company, you have to be very concrete - and can’t just go into ‘creating big data’. First, you need to define the KPIs that help us make better decisions every day and also let us change or add something to the game. There are starter daily KPIs, 10-15 major metrics, which help us understand the every day - we call it the analytical funnel. Do we have a problem? Yes or no. The trend of the major KPIs is either decreasing or increasing. By the way, a sharp increase in revenue is the same problem as a sharp decrease. If we don’t know how to explain a sudden increase, we won’t know how to explain a sudden decrease. The second question is ‘where is the problem?’ This is simple to solve - it’s just taking the main KPIs we defined and slicing them into segments. The right metrics are key to make sure we’re moving fast.

Inside the structure of a game team

“Everyone in the game company should be looking at data:

Creating a culture of data

“There needs to be a culture of data in game companies. That means everyone should be using the same KPIs and using the same data systems. It’s easy to use one dashboard from Facebook or one from Google, but suddenly you have 5 different dashboards each with 10-15% deviation on the metrics. It makes it harder to make decisions. The product team must be talking using the same terms the marketing team is familiar with. It makes a lot of processes easier and creates a mutual conversation.”

What is funnel reporting?

“If users are clicking the ‘buy’ button, then you can determine the funnel until they are completing a purchase. Every space in the game creates a funnel. Funnel analysis should start with proper data infrastructure definition, breaking it into small points - registration, open a shop, purchase - and then see where the biggest dropping point is.”

“There’s balancing between winning and losing, free-to-play time and pay-to-play time, and frustration and satisfaction. The key in a well-balanced game economy is balancing how much a user needs to invest in each point and how much we’re offering to reward them, assuming not all users will be rewarded for everything. Balance is not a single number. 1 million coins can be hyper-inflated for some users that consume hundreds of thousands per day, but it could be nothing for a user who plays with billions.

A basic game economy is structured with 3 main objects:

A balanced game is generated when there are 1 or 2 multipliers connecting between these 3 objects, making sure that as long as we’re progressing inside the game, we’re able to consume a higher level of currency, and also making sure the shop and features are adjusted for that. This is how we avoid inflation or deflation, or user frustrations that they don’t have enough currency to play the minimum inside the game.”

“The first mistake I see developers make is not reading or analyzing the right data. Before making any change in the economy, the best practice is to understand the problems and make the most accurate definitions for balancing. What does it mean that the game is not balanced? Maybe we’re giving out coin resources too frequently, giving us too much free-to-play time.”

Best practices for balancing between IAPs and ads

“When statistics show that that at a certain point the probability to convert users is so low, this is the time to start showing ads. If we understand that this cohort of users is likely to pay, it’s much higher than an ad-based cohort. However, the ads mechanism was born to not lose the monetization potential of the 95% of users who never pay.

The user journey has 3 main axes - time, game progression, and monetization progression. When the game is well balanced, we hope to see a line, meaning the more time has passed, the user is progressing more inside the game, and as a result of that is progressing more on monetization. When the economist steps in, they might offer the user an easier experience - giving them more time to engage, and expose them to more complex content.

Users don’t only invest in the game with money, but also by time. And they want to see an increasing value for their investment.”

Case StudyHow ironSource LevelPlay got FreePlay to #1 in the US on Android by increasing installs 3x and ARPDAU 21%FreePlay, Count Masters