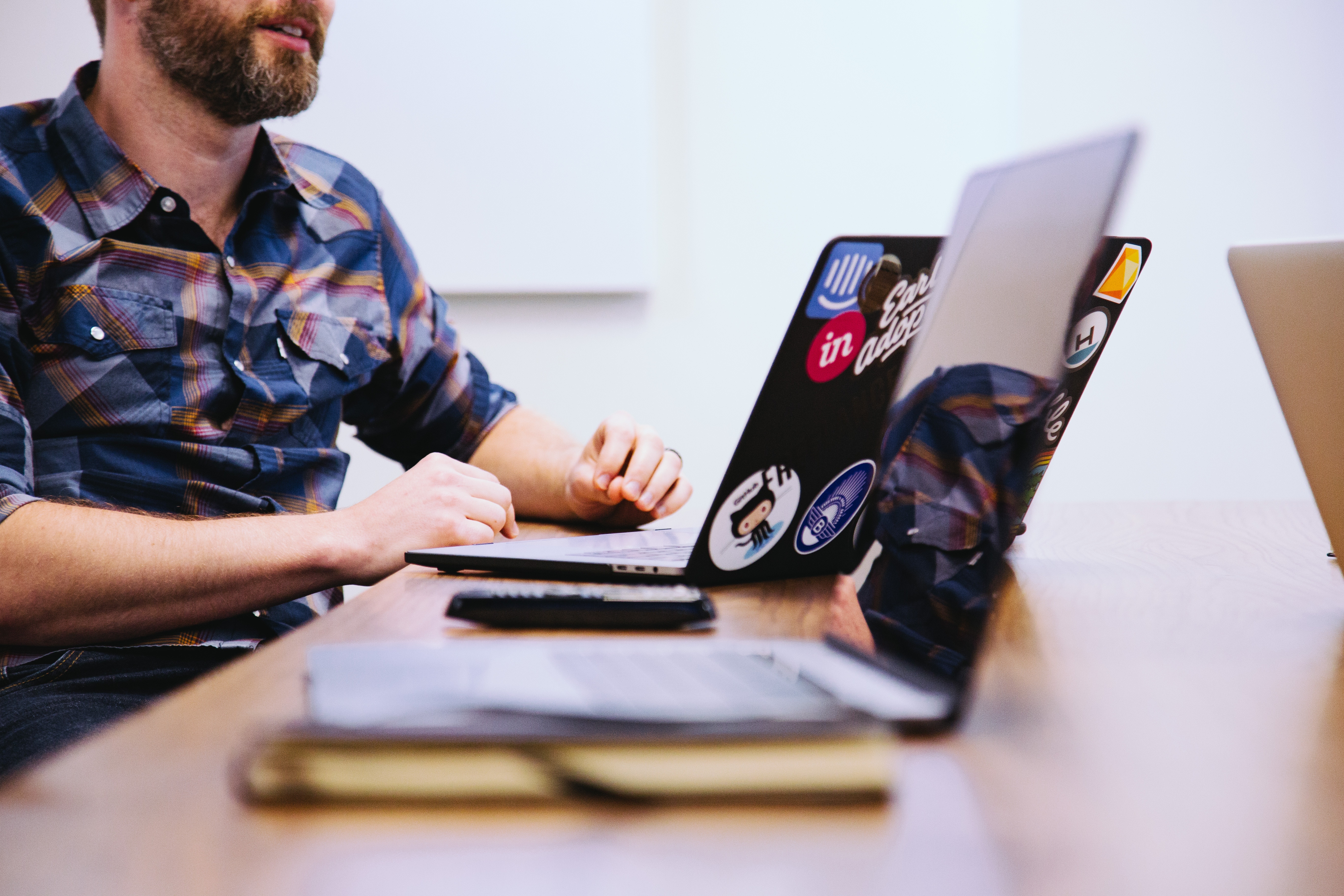 LTV, or lifetime value, is a critical metric which app developers use to measure overall app success. It does this by quantifying the value of a user cohort (or a group of users segmented by geo, app version, install date etc.) throughout their lifetime within an app. A core measurement of app health, it’s used on both sides - by both monetization and user acquisition managers. 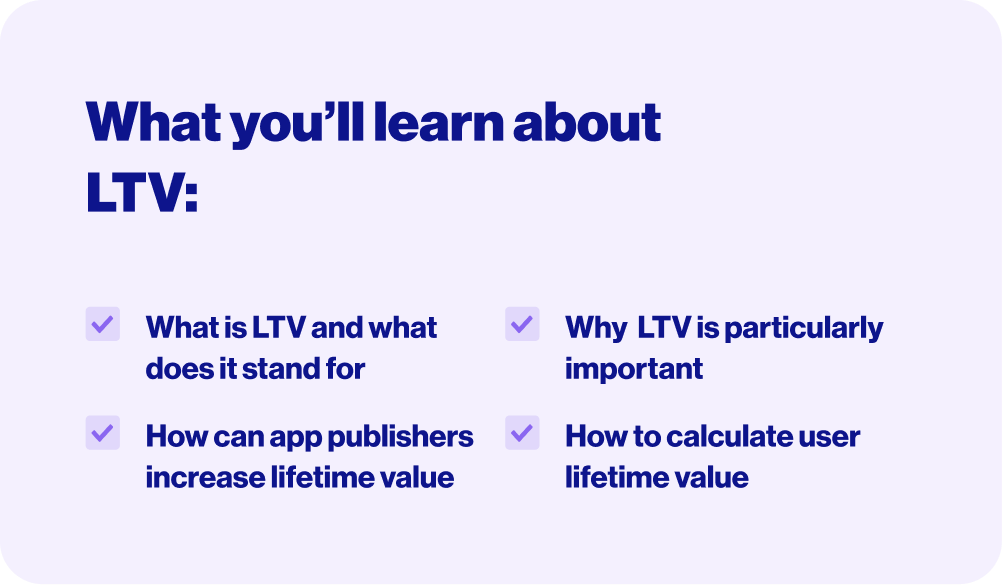 How to calculate user lifetime value

There are many ways to calculate lifetime value, and each depends on how app developers define ‘value.’

However, no matter how app developers choose to calculate LTV, one thing remains certain: ‘high LTV’ users always have high retention rates, and contribute generously to the overall revenue of the app. That’s why app developers typically calculate LTV in relation to monetization and/or retention.

In relation to app monetization, lifetime value is calculated in order to better quantify the revenue-generating capabilities of an app’s user base - in other words, how much revenue do users generate?

Of course, LTV as a factor of monetization depends on the app type and the forms of monetization it employs - in-app purchases, in-app advertising, sales, subscriptions etc. LTV might also differ from category to category.

Typically, it’s relatively easy for app developers to calculate the IAP-based LTV of their users - i.e. the value of the in-app purchases a given user makes over their lifetime. But ad-based LTV can be harder to calculate since it’s based on data from various different ad networks. There are tools to simplify calculation of ad LTV - you can check out our tool here.

Why is LTV so important?

LTV is particularly important for app developers running user acquisition campaigns since LTV will help app marketers define what price makes sense to pay for an install. In order to ensure their campaigns are ROI positive, marketers need to ensure that the price they pay for a new user is below the projected LTV for that user.

In this sense, the nexus between user retention and lifetime value becomes important. In terms of user retention, or an app’s ability to keep users coming back, lifetime value is calculated to learn the point in a user’s lifetime at which the user become profitable - i.e. when the price point paid for that user is passed.

Here, app developers calculate LTV as a function of their app’s retention curve - for example, what is LTV 7 days after install? This way, app developers can hone in on certain points in the app lifecycle at which LTV is low, and amp up resources to increase LTV there.

If the cost per acquired user in a user acquisition campaign is higher than the user is going to eventually generate in-app - i.e. if the cost of acquiring a user is higher than their projected LTV - app marketers lose money. That’s why it’s important to make sure that the cost per install (CPI) is less than LTV - so app advertisers can stay ROI positive and turn a profit.

In concrete terms this means it’s better to pay $5 for a user that’s predicted to bring an average of $6, than to pay $0.10 for an install that won’t yield revenue.

The first few minutes of a user’s in-app experience is critical. That means your onboarding process needs to be enticing, simple, sticky, and engaging to ensure users stick around for the long haul and end up generating revenue throughout their lifetime.

That brings us to the next point. Some ad units - like rewarded videos - are actually known to increase both retention and lifetime value within an app. This is because they not only drive ad revenue, but also drive further engagement with the app, and down the line, can even increase IAPs. That means better retention and revenue from in-app purchases. Giving users who aren’t ready to pay a way to keep playing your game or engaging with your app is key to building long-term loyalty, and rewarded videos are a win-win way of doing that.

What are they? Rewarded videos are ads users watch in exchange for receiving in-app content like game currency or extra lives. In addition to generating high eCPMs and revenue for app developers, rewarded video ads also increase retention rates, since they let users continue playing without requiring they make in-app purchases they’d otherwise need to progress. More importantly, rewarded videos don’t cannibalize IAPs, and can actually increase them. As non-paying users get used to accessing in-app currency through RVs, they often eventually reach a stage where they’re ready to pay for that currency since its value is clear to them. This is why users who frequently watch rewarded videos have higher LTVs than others.

A core component of good LTV is active or engaged users - i.e. users who keep coming back to your app or game to spend time (and money). Increasing the number of engaged users you have will also therefore increase overall LTV.

Some key tools to use when trying to increase in-app engagement are deep linking and push notifications. App re-engagement campaigns with deep links will direct lapsed, or unengaged users to specific content in your app that is relevant to them. By removing any ‘unnecessary’ steps like opening the app and navigating to the page they want, deep linking makes it easy for users to re-engage with an app they already have installed.

Similarly, push notifications - when implemented thoughtfully - can help remind users of in-app benefits, or highlight special deals that could entice them to come back to the app. For example, showcasing a special promotion on in-app currency that doubles its value for a limited period of time.

LTV is one of the most important metrics for determining an app’s success, and there are dozens of strategies for increasing lifetime value. If you’re interested in learning more about improving your app’s lifetime value, contact the team of experts at ironSource here.