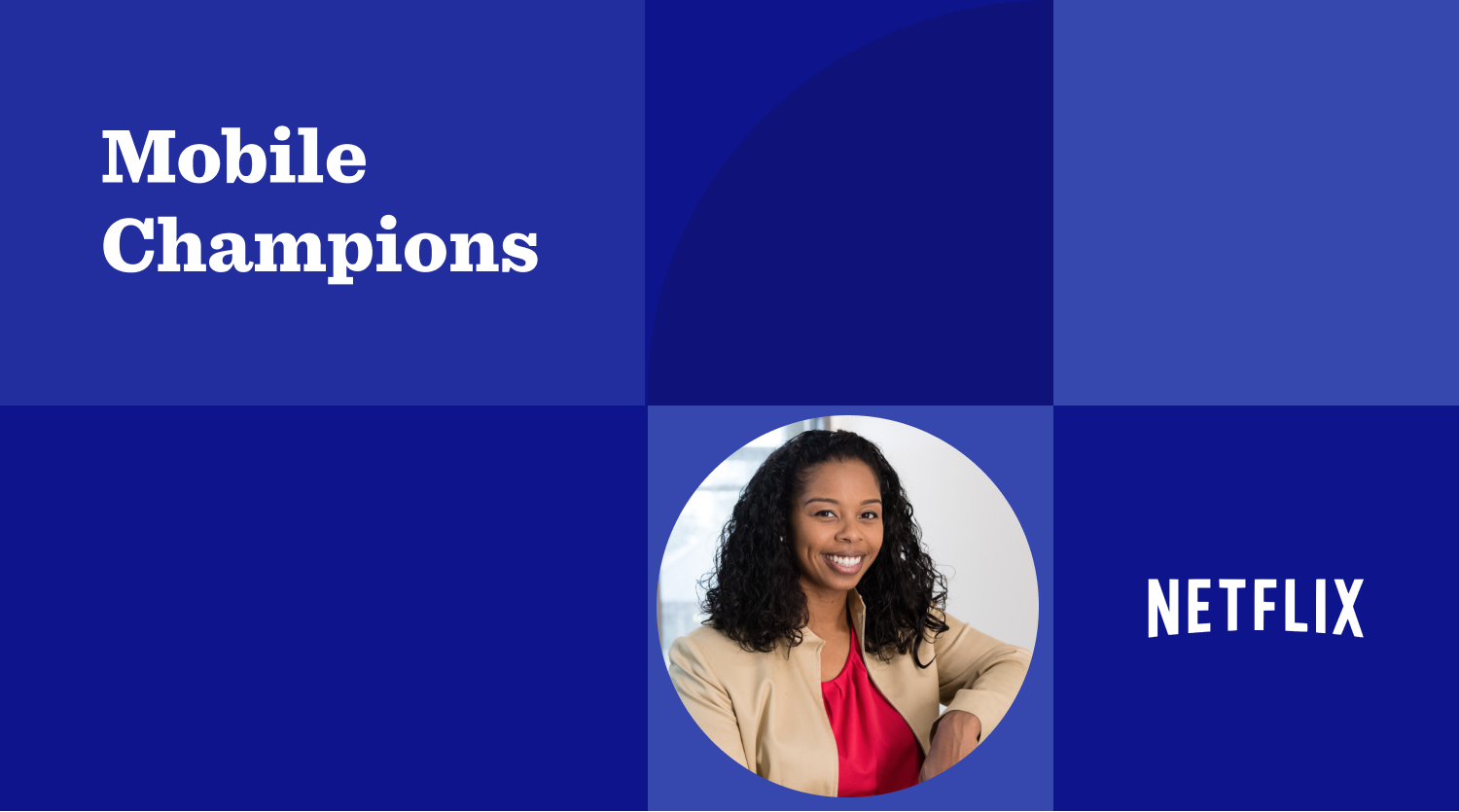 We recently sat down with Laura Teclemariam, Director of Product Innovation for Animation at Netflix, to talk about her extensive history in tech, video games, and product management. A Tapjoy alum, Laura’s resumé also boasts roles at Microsoft, EA, Glu Mobile, and Warner Bros., all of which gave her the experience she needed to land her job at Netflix. On top of that, she’s a huge advocate for diversity and inclusion; as the founder of Black in Gaming, she works to cultivate a global community of diverse professionals in the game industry.

Laura had so many thoughtful and insightful things to say that we couldn’t just contain it TO ONE ARTICLE! In Part 2 of our interview with Laura Teclemariam, we discussed how to facilitate diversity in hiring practices, working on fan-favorite IPs, and what up-and-coming mobile game devs need to know about the industry.

In part one, we discussed your efforts to increase diversity in the gaming and tech industries. Elaborating on that, can you share some ways that businesses can create more opportunities for people of color and marginalized groups?

One of the initiatives we’re working on in the Black in Gaming foundation is called 5 in 5. The goal is an aggressive increase of black professionals in gaming, and we want to go from 2% to 5% by 2025. That requires education, advocacy, outreach, representation, and entrepreneurial initiatives. We provide mentorships, support programs to create black industry leaders, and build a pipeline from college to full employment.

Tech and gaming are very network-focused. Networking gets you in front of the right people, gets you the interview, gets you the job. It also makes it harder for new talent to break in. What we need to do is remove the bias from the networking process, the hiring process, and the management process. No one is completely without bias, so it’s important for companies to look at their own hiring pipelines and see where this bias occurs.

Aside from networking, education is critical to increasing diversity. I really applaud Tapjoy and all of the other companies in gaming and mobile who are stepping up and making an effort to be more diverse. Awareness is half the battle, and after that you can develop an action plan and execute it.

You’ve worked on some mobile games with huge licenses, including Disney, Harry Potter, and Star Wars. What are some of the challenges of working with established IPs and creating engaging mobile experiences out of fan-favorite stories?

The majority of my time in game product management and development has been license-based. The hardest part, by far, is sticking within the established canon. With all of the innovation in game development, there’s so much potential for creativity, but with IPs so much of the story has already been told. But on the other hand, you don’t have some of the challenges you do with indie titles, like brand awareness and building a fan following.

With established IPs, it’s really all about expanding the experience. Fans already have their favorite characters and universes, and you get to add onto that. For example, when I worked on Disney Sorcerer’s Arena at Glu Mobile, we had to figure out how to make Disney princesses work in a turn-based combat setting. All Disney princesses aren’t necessarily battlers, so we had to find a way to incorporate combat in a way that felt true to the established narrative.

What advice do you have for up-and-coming mobile game makers? How can mobile studios stay afloat and stand out in a crowded market?

Let’s start with the business side. The creative people in gaming want to make unique experiences, but at the same time, you want to make sure you’re creating a game that people are going to want to play. You really need to know your product/market fit — is there a demand for this kind of gameplay experience? Are early adopters going to provide feedback and recommend this game to their friends?

Another part of business viability is diversity and inclusion, which we’ve discussed quite a bit. You’d be surprised at how many stories haven’t been explored yet, and there’s a diverse audience out there waiting for these new experiences. Meanwhile, some publishers keep reusing the same game template or same character types over and over. Instead of trying to compete with what everyone else is already doing, you can tap into the unexplored and find a whole new market.

On the tech side, it’s important to be aware of all the tools at your disposal so you’re not trying to reinvent the wheel when the technology already exists. These days, there are so many mobile gaming resources, like the Unity and Unreal engines. There are platforms and plugins you can use to easily monetize your mobile games. You can monitor the health of your game with all kinds of in-depth data. Knowing the health of your game can make or break your business. Nothing will kill your game like not knowing there’s some kind of bug that’s making people quit and never open the app again.

What do you tell people who want to get into an industry like gaming, tech, or animation?

Showcase your passion! I can’t tell you the number of times I’ve interviewed someone for a job at a mobile game company, but they can’t name any mobile games they’ve played. If you’re trying to get into the mobile market, you should at least try playing one! That might mean writing blogs, watching YouTube videos, but make sure you show your curiosity for the industry you’re trying to break into.

The second part is networking, because building a network can help you get that next job. Go to conferences, there are a lot of different meetups, and even virtual events, so go beyond your four walls and the people you know. Once you start meeting new people, you’ll be surprised how many new opportunities come your way.

Finally, and this is the hardest part, but you have to be willing to learn about all kinds of different roles in the industry and what they do. For example, if you’re trying to break into animation as an artist, you’re going to have to know about different artistic views — but you also need to have a general idea of what the engineers do, what the producer does, what the director does. It’s important to understand those roles and how they fit into the overall ecosystem. Whether you’re in gaming or not, try to understand other cross-functional disciplines to the best of your ability, because that will serve you well in the long run.

How has your product management experience in gaming, mobile, and tech served you in your role at Netflix?

I’ll use another analogy: it’s like having a Swiss army knife and knowing how to use each tool. With every role and every industry, I learned new skills. In games, I learned about understanding player motivations, the psychology of consumerism, and behavioral patterns of consumers. In mobile, I learned how to be flexible and having to translate experiences into mobile-friendly games that people on the go would want to play in their daily lives. In tech, I really focused on scaling — going from having minimal customers to being able to create large-scale products for a broader audience.

So with that motivation, flexibility, and ability to scale, I had all the tools I needed in my Swiss army knife, and I took them with me to Netflix. I’m building out the animation product innovation team, and my goal is to have the number one  animation studio in the world. I have to think about what our consumers are looking for in terms of content, and partnering with content teams requires flexibility. And finally, I have to think about scale — how are we going to build more content than our competitors? So all of my experiences have definitely served me well.

Once again, we offer our sincere thanks to Laura Teclemariam for taking the time to provide such insightful information. If you missed the first part of the interview, you can GET CAUGHT UP HERE. For more from our Mobile Champions series, check out our interview with HIDENOBU YAMAMOTO, a marketer at U-Next. 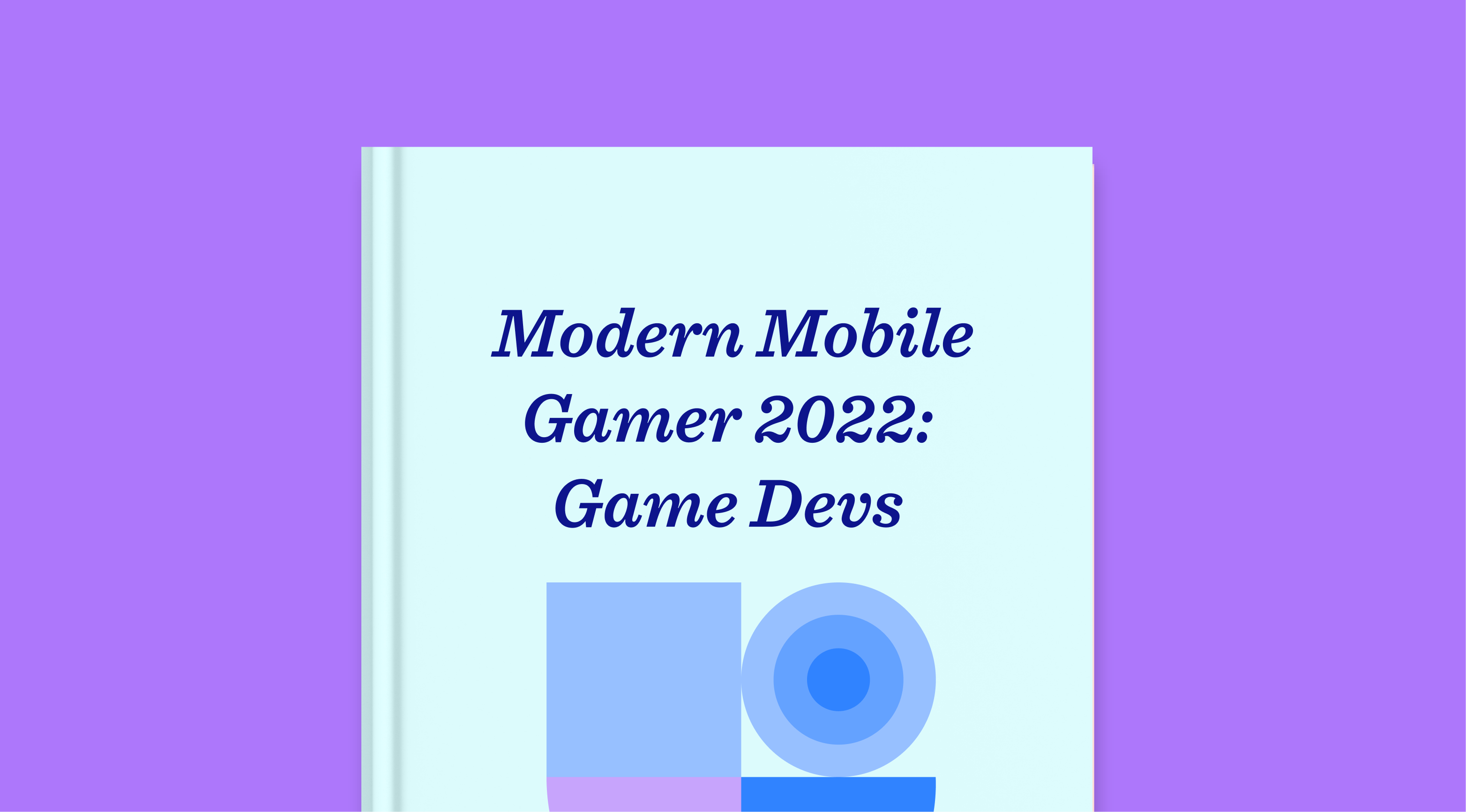