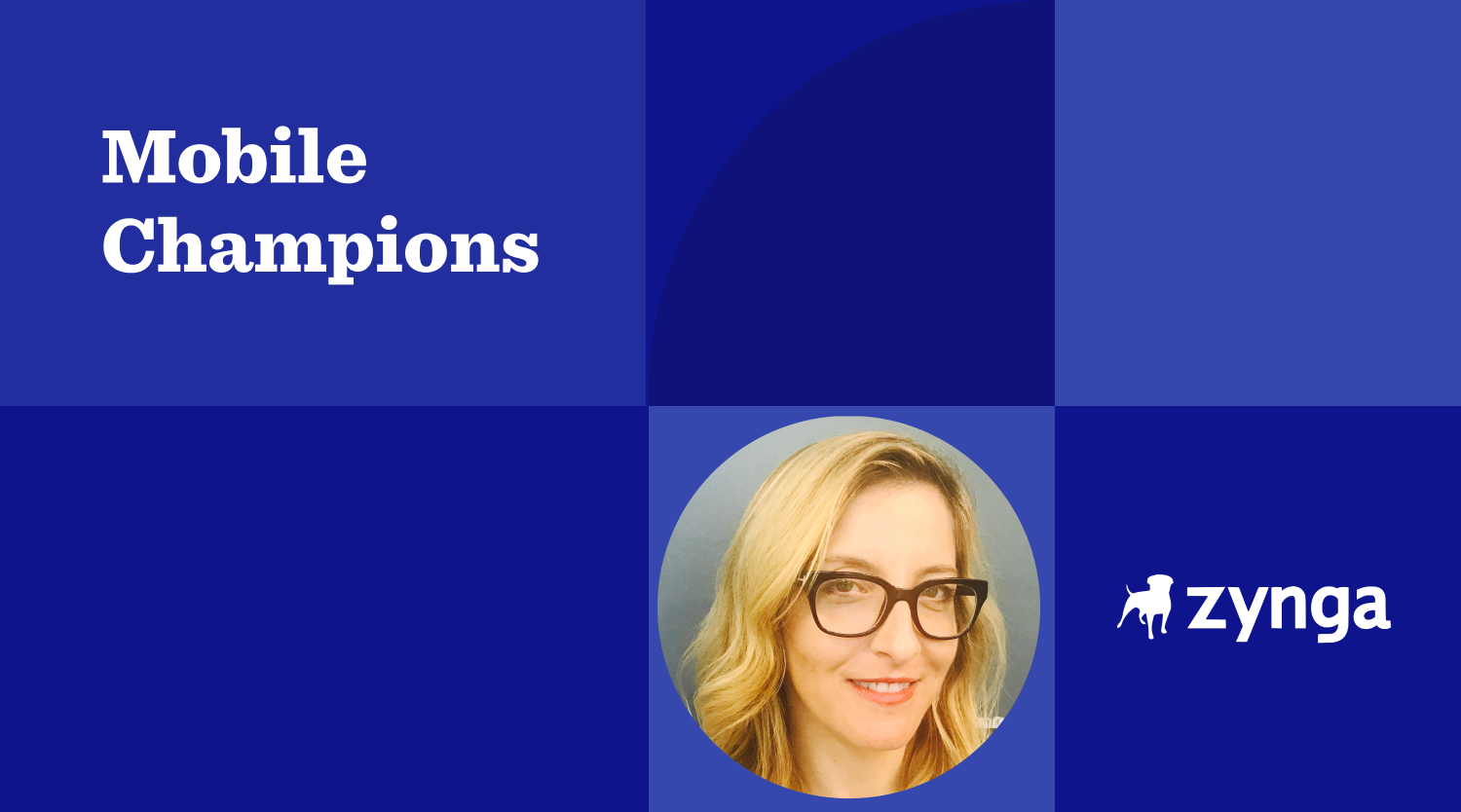 Known for its casual gaming phenomenons like Words With Friends and Farmville, Zynga is a global leader in social games. We spoke with Head of Global Ad Sales Gabrielle Heyman and learned more about the kinds of engaging mobile ad campaigns that resonate with players.

Hi, Gabrielle! Could you please introduce yourself and describe your role within Zynga?

I’m Head of Global Ad Sales, which means my team partners directly with brands and agencies via both private programmatic and direct I/O. We specialize in mobile in-app media with a focus on video and engagement solutions for advertisers.

What are Zynga’s overall best practices for connecting with consumers?

Players are at the core of everything we do, whether it’s making games or delivering ad experiences. The first thing you see when you enter our HQ in San Francisco is a sign that says “What will our players thank us for?” Zynga is social mobile game publisher – and our mission is to connect the world through the power of play. Our best practices focus on connection and engagement; most of our features, as well as many of our ad experiences, revolve around that.

Hundreds of millions of people play mobile games every single day. What has your experience taught you about the majority of these players and their gaming habits?

Globally, billions of people play mobile games – the young, the old, across nearly all socioeconomic and cultural backgrounds. Play is universal. Since the first iPhone was released, there has been a seismic shift in how people consume entertainment, and that includes gaming. People play because it’s social, it helps them destress, and it’s quick and easy to play anytime on the go. There is a mobile game for everyone, and since most are free to play, the barrier to entry is low.

Zynga pioneered so many mobile advertising and monetization trends we’ve watched unfold over the past decade. How has Zynga’s approach or strategy changed over that time, and why?

I started at Zynga six and a half years ago, just as we were beginning our shift from web to mobile.  It used to be significantly easier to get a game to the top of the charts, and we used to release games more frequently. These days, the market is far more saturated. Nearly 50,000 games were released on the iOS App Store and Google Play in Q2 2019 alone. It’s more expensive to break through the clutter.

A few years ago Zynga decided to double down on our live services by continuing to program engaging features in our forever franchises like Words with Friends, Zynga Poker, and CSR Racing 2. Words with Friends just had its best quarter in its history, and it’s mostly ad-supported. We’ve also become more selective about the games we release; we are more stringent in the greenlight and release process. Finally, we’ve acquired some amazing game studios, bringing new audiences and talent to the mix.

Two of the most popular ad formats in mobile gaming are video and playables. How does each compare in importance to marketers? What are some of the best applications of each?

Video remains best in class to brand advertisers. And video really is one of the best kept secrets in mobile gaming. We have a lot of quality, viewable, high-VCR impressions. We are seeing a lot of demand from clients running first impression takeovers when they want to make a high-reach splash.

We give brands a choice between opt-in video and interstitial video. Interstitials are one of the most flexible and misunderstood ad units around. They can accommodate video, playables, and statics. For interstitial video, 15 seconds is the gold standard in terms of max length, but clients are also finding a lot of success with six-second video and vertical video. Opt-in video has more flexibility on length since there is a value exchange, so we accept up to thirty seconds there. Opt-in is what consumers prefer, but advertisers are still playing catch-up on leveraging that unit.

You’ve partnered with IAB in the past to educate brands and agencies about advertising. Why is this work important? What initiatives on this front are you particularly excited about?

Mobile gaming is still underrepresented in the brands advertising mix, so it’s important for the industry to come together to advocate. The IAB Games committee allows us to align on advocacy work for the category. More consumers game than advertisers purchase ads in a gaming environment. Our work in the past has included education on playables, opt-in video, app.ads.txt, and more. This year, we’ve had a presence at several IAB conferences, and we look forward to continuing this important work.

What are the biggest challenges mobile advertisers face in the next five years, and what can be done about them?

So much changes in six months that I can’t even begin to ponder what five years in the future looks like. Certainly, 5G will bring huge technology innovation in games and mobile. In the short term, mobile in-app ads need to sort out some lingering ad tech challenges, mostly around conversion, attribution, and measurement. We’ve come a long way, but most of ad tech has been built for a desktop and mobile web world. Just today I heard of a major automotive company who banned mobile apps because their ad server couldn’t track attribution. I was disappointed that their solution was to just ban mobile in-app media – this is where their consumers are spending most of their time and researching their next car!

Which current mobile trends are particularly exciting to you? What innovations are you looking forward to moving ahead?

We are just at the start of a revolution in how people consume entertainment, and mobile gaming is at the forefront. I’m proud that gaming has held user privacy in such high regard – with the California Privacy Act and GDPR I think this aspect of games will be embraced by brands and consumers alike. I’m also excited to see new applications that will help society. Imagine a game which gives you carbon credits and you can manage your negative contribution to the environment and trade carbon credits with neighbors. I’d love to see that!

Are there any people in mobile whose work or achievements you admire?

I had the privilege to work at Yahoo! during the aughts and it’s been so fun to see so many of my colleagues build mobile businesses at some of the giants like Facebook, Snapchat, Google, Amazon, and so on. I’ve been lucky to have some amazing managers at Zynga – Ben Webley is now at Facebook and Julie Shumaker is at Unity. My current boss, Scott Konigsberg, has a PM background so he is teaching me to be even more rigorous in applying data and learnings to our strategy moving ahead.

Tapjoy would like to thank Gabrielle Heyman for taking the time to join us. For more insights from our Mobile Champions, check out our interview with Bryan Davis, Senior VP at Big Blue Bubble.