LoginLogin SignupSignup
< Back to case studies 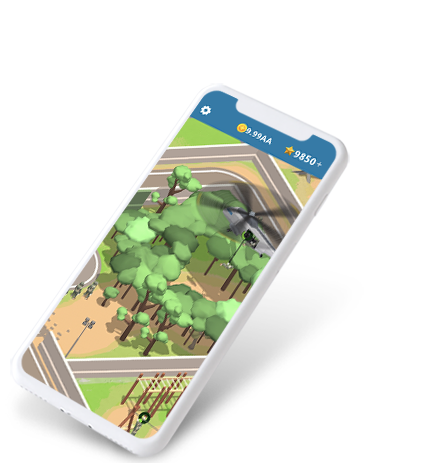 Neon Play wanted to scale their UA activity for their new idle game, Idle Army Base, however they were struggling to do this manually, focusing their bids on a limited number of sources and adjusting them without accurate user-level data.

Neon Play voiced these issues with their account managers at ironSource, who convinced them of the amazing benefits of ironSource’s ROAS optimizer, the first tool on the market that utilizes both in-app purchase (IAP) and impression level revenue (ILR) data to optimize campaigns according to ROAS goals. The tool optimizes towards one of three ROAS KPIs: IAP, ILR, or a combination of IAP and ILR.

ironSource began working with Neon Play to define a breakeven day, D7 ROAS goal, and the first campaign for Neon Play to test the optimizer on.

In late February, Neon Play started using ironSource’s IAP ROAS optimizer for their game Idle Army - and while volume increased, it wasn’t to the extent we knew was possible. Seeing that Idle Army also drives decent revenue through ad monetization, in early April, Neon Play switched to the combo optimizer, which optimizes towards IAP and ad revenue together. Within a week, Neon Play had increased Idle Army’s installs by 350%.

Watch the video below or skim the transcript for Neon Play’s Director of Games, Mark Allen, take on their challenges before using the ROAS optimizer, and their experience using it to scale their UA activity.

What is Idle Army Base?

"It’s a new idle game by us, where we have taken the player to a position where they’re training their own army to go out to war and take over the world."

"You have to go down to the source level, you've got to find sources, and you've obviously got to change your bids at the source level. We were trying to be overly simplistic to make life easier for ourselves, so we were trying to bid higher on idle games, because our game is idle, we were trying to bid a little bit lower on hyper-casual games because we found the quality of users there wasn't quite as good. And what I mean by the quality of user, is that they weren’t backing out on the back end of the ROAS, so they weren’t earning us as much money, so therefore we were bidding lower so we didn't lose any margin.

But there's a lot of sources. I mean, ironSource advertises in a lot of games, so it's very difficult. We could only really worry about the top 50 and the bottom 50 and change bids that way.

So the ROAS optimizer is really important because it's doing that across every source, and it can do the proper maths on it. You can actually figure out the exact ROAS per source. So rather than us going, 'let's add a few cents here, reduce a few cents there,' this is actually calculating the best bid to really maximize the volume and also obviously maintain the ROAS that we're after."

What would you say is the biggest benefit of using the ironSource ROAS optimizer?

"I'd say that the biggest thing is it really allows us to grow volume - that's really what we're getting out of the ROAS optimizer."

How did the ironSource team help us get the most out of the optimizer?

"The team that we work with is really really good. We actually ran the campaign for about 7 days with manual bidding, and then the data engineers at ironSource went through the data. They asked us about our k-factors, the ROAS goals, and then with that they set up the optimizer on our behalf and we kicked it off. And to be honest it's been working really well since."

What are my favorite features of the ironSource UA platform?

"It's the ease of reporting and the drilling down into metrics. It has all the information there. It might be a few columns away, like if I want to look at the day 14 ROAS that's not immediately there, but it's a very simple column to add. And that level of reporting is missing on a lot of platforms."

Why is it so good?

"I think ultimately it's because we’re also using the ironSource mediation system, which means we get a very good view of the actual revenue we're making from users at the user level. And obviously that then feeds back into the UA system, so that that reporting is super accurate. And obviously that’s how ironSource is able to get the optimizer to work in the first place."

And finally, what’s your favorite part of working with ironSource?

"ironSource is actually a bit of a different company to a lot of the other ones we work with. They are actually a fun bunch of people, and when we get on calls it's not just "let's just talk some boring numbers", I mean numbers are important, but it's actually the fact we have more of a personal relationship with them. That's definitely my favorite part."

The first tool on the market that utilizes both IAP and ad revenue data to optimize campaigns according to ROAS goals.