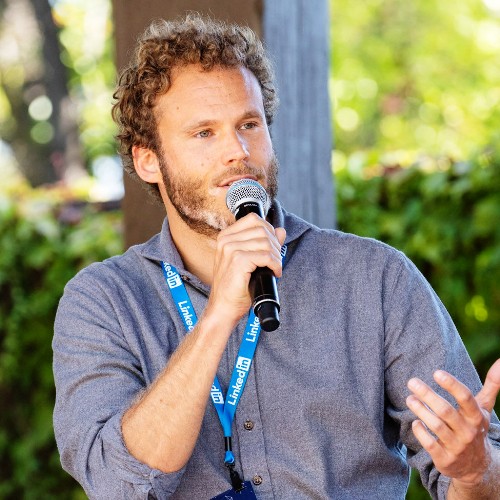 Host Jess Overton is joined by Martin Lancee, who's responsible for developing and executing the company's on-device marketing strategy to accelerate mobile growth.

Listen here or read the highlights below.

The benefits of preloads

"Preloads is both a distribution play to ensure that many people around the world, not just in the developed world can find your app, in addition to decreasing the friction in the app install advertising funnel. The majority of users after they click on an advertisement will drop when they have to install the app from the Google Play Store. Preloads effectively removes this, because people will automatically go into the app".

"It's still hyper-focused on LTVs mostly because the preload program is also being compared in terms of effectiveness and ROI positivity with our paid advertising campaigns. And that team is also doing a phenomenal job."

"As a platform we've traditionally seen a lot of success in the category that we would call "knowledge workers", for example, anyone with a college degree, typically people in sales, software, engineering, consultancy, et cetera.

However, we now see a lot of value as well for what we call "first line workers". This could be Walmart associates, Starbucks baristas, people working a first-line refill job. And we want to make sure that we're a very inclusive platform. So all the product features we built, the first question we ask is, is this inclusive to everyone in the global workforce?

It's both push and pull in the sense that from a push perspective, we do just organically find First Line workers, finding out the value of the platform of LinkedIn and building their skills by using LinkedIn learning. We have many free courses on LinkedIn Learning so people can better understand how to apply for a job, how to build your resume, your profile, et cetera.

On the pull factor we were also just practically working to understand, okay, how can we accelerate this? And how can we become even more valuable to first line workers? Because there's just a ton of demand in that space in general. It's really exciting. It's actually the biggest internal motivator for me to get up and really enjoy my work, because naturally I think there's an organic fit between First Line workers, emerging markets and Androids.

So from a growth perspective, that's really also where LinkedIn has the majority of its growth, outside of knowledge workers in the developed world. And I'll be hyper-focused on making sure that we continue to grow in the first-line worker front."

Measuring the success of on-device marketing

"We are focused mostly on sign ups and sign ins. So when those smartphone customers actually find value in either signing up and start using our platform. We also measure retention of new users, and look at existing members, maybe for the first time signing into the app.

The user might only use us on desktop. We see a lot of value from that. And that's important also as a total percentage of number of preloads to understand that it's valuable for that Android OEMs users in general, we want to make sure we're above a certain percentage of those people actually finding value of having that preload on their phone."

Tips for getting started with on-device marketing

"I think since it's quite challenging to build partnerships directly with Android OEMs, I'd first launch a test with you, with ironSource.

You're a company who has a stellar team working in this space and have great insights to share. So I think that's how I would start. You can get a test up and running in a couple of weeks, whereas you cannot really test a direct deal with an Android OEM.

"I think since it's quite challenging to build partnerships directly with Android OEMs, I'd first launch a test with you, with ironSource."

It's very complex to manage. Those deals will take about at least three months, probably up to nine in order to build that trust, potential visits to their headquarters in Asia and then it will take another three to six months before you're actually preloaded on the device and see any sort of returns.

In addition, it's really important to work with your other growth teams, specifically advertising.

Let's say you do a deal with Xiaomi. And now all of a sudden you're on many millions of devices in India, then your paid marketing team needs to shift into spending more in other markets than India so you don't cannibalize.

On the other hand, you could build the case to say because you're preloaded in India, and if you have high enough LTVs, the cannibalization doesn't matter. And you effectively increase the advertising campaign efficiency because you remove that frictional step, when someone clicks on an ad, goes into the Google play store to install the app, and there's a massive drop off. Instead, now they go immediately into your app."

The case for preloads: App functionality over size

"It [the case for preload marketing] might not be so much a question of the size of the company. It might be more a question of the functionality of the app. For example, if you have an app that is valuable to the users of that smartphone and it doesn't compete with any other app that is either installed by Google or another partnership or preload partnership that that partner has - then you have a case for investing in preload marketing.

And easiest way to scale is obviously start with you (ironSource)."