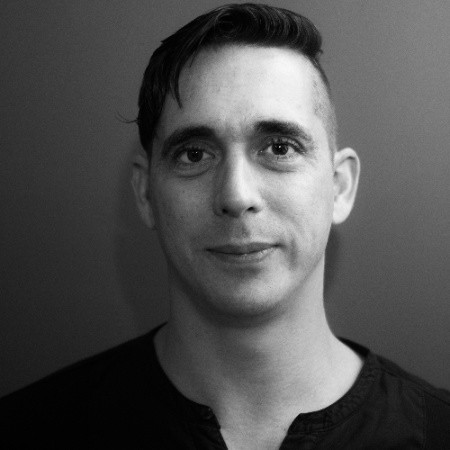 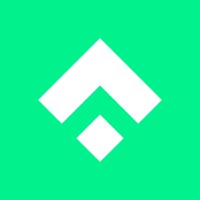 "How did it come about? Essentially I was scratching my own itch.

I was at SoundCloud and I realized that not too many people there at the time really understood mobile. That’s partly why they hired me, to make that transition from being web first to mobile first.

The mobile growth stack initially was just a slide in a presentation that I put together for senior management. From there I developed it and saw that it was really resonating with people.

One of the misconceptions about the framework is that you need to do all of these things in order to succeed. It's actually the opposite. Strategy is always about making trade-offs and choosing to prioritize or focus on certain things." 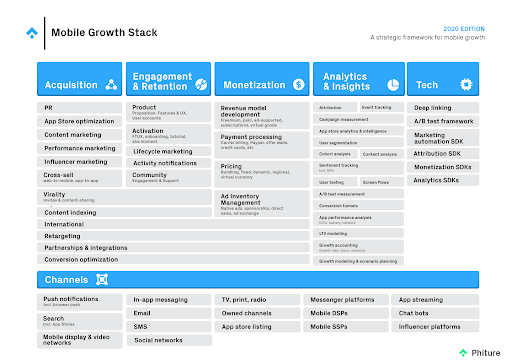 When app developers should start “personalizing” their UX

"As early as possible. “Personalization” could be as simple as having two different variants of your experience; two different segmentations. It could be super broad. If you're able to get incremental uplift on your onboarding completion rate or activation rate by splitting that experience at some point in that first session, for example, then you absolutely should do it. Always be guided by the data and see if you're getting incremental uplift."

What types of “personalization” can you do in your app?

"It could be as simple as looking where that user is in the world, and localizing their experience. Localizing the language is not generally considered to be a growth tactic, but it definitely will improve your activation rates.

But it could also be things like looking at which acquisition channel this user came from - did they come from Facebook, or ironSource, or did they organically browse in the app store and find you?

You can use that information to differentiate your experience too. Particularly if you know that you're running certain types of campaigns on different networks, or if you're pushing different value propositions, you could even start to differentiate the campaign or creative that they came in on.I know that's getting more difficult with the iOS 14 changes, but you can do it on Google and, to some more limited extent on iOS.

My overall theme here would be to try to align the user experience and user expectations as much as possible."

Aligning user expectations and their experience with your app

"From the moment that they first interact with your brand, which is usually in an ad, through to your app store listing, you need to be consistent and make sure you're not confounding expectations that have already been set in the advert.

And then of course, very importantly, in the first session of the app, to start delivering on those promises and reinforcing the value proposition to provide a consistent story for the user. People generally will drop out if they start to feel that the app is not for them or that they've been, mis sold something in an advert".

The power of asking your users a simple question

"If you want to think about trying to do some personalization and segmentation super early on, I would really recommend doing some analysis or research to really understand who your users are and the meaningful differences between different groups of users that are coming in to use the app.

Sometimes it's as simple as they're coming in for different use cases. I would really recommend actually asking users in the app with a simple one question survey.

We do this a lot with our app customers - using in-app messages to better understand the users who are coming in and understand why they've downloaded the app. We did this with Headspace, for example, and they’ve since built this into their product onboarding.

They ask their users, are you here to reduce anxiety, to feel happier, or to sleep better?

By asking that question during the onboarding process, you've immediately got a piece of data which you can use to immediately start personalizing and segmenting the user base. And you also get a feel for how thick those segments are.

You might find that nobody is selecting “sleep better”, for example (it's not the case for Headspace - but you might see that actually some of your assumptions are wrong). So, asking users and talking to them is a great way to clarify whether you're on the right track with your segmentation".

An out of the box marketing campaign

"One that really sticks in my mind was a campaign which Burger King ran, I think a few years ago, where they did a location-based campaign in certain cities, whereby they would ping people with a push notification if they saw that they were within a hundred meters of a McDonald's store, giving them a super, super discounted offer on a Whopper and directions to the nearest Burger King restaurant".