Gaining a growth edge with media for equity deals 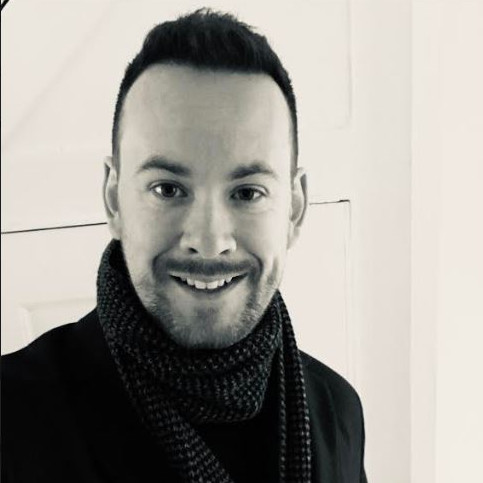 In this episode of Out of the Box, our host Jess Overton, Director of Demand at ironSource Aura, sits down with Greg Turtle, Head of Growth at what3words, a mobile app dedicated to allowing people to identify any location in the world based on 3 words.

They discuss media for equity deals and gaining a growth edge through localization and re-marketing.

What does media for equity mean?

“We need hundreds of millions of users in the long run and paid digital advertising can only get you so far. We knew we needed to add TV to our toolkit. We also realized that we were attracting a lot of investors… We managed to start conversations with some media companies who were interested in our solution. It was a tough time for them - the pandemic was on and ad revenue was down and a lot of companies had inventory available and this was an opportunity for investment. They’re not giving too much away. They’re not paying for anything. They just give us their air time.

ITV in the UK, channel 4 in the UK, Times of India are now investors in what3words. Instead of giving us cash, they give us media credits or space in their content to advertise…We then have this direct relationship with media owners and quite often we get good rates with them because they’re now partners and that’s part of the deal.”

"Instead of giving us cash, they give us media credits or space in their content to advertise."

Three things to look for in a media for equity partner

“These broadcast deals are an awareness play more than anything else. We want to get our brand awareness up. We will keep our digital advertising running the whole time to acquire and convert users, but we do need whatever media for equity partner that we work with to have massive reach.

A lot of it is also the chemistry between the two companies. And then finally the commercials and what kind of pricing we are talking about. We know from agencies we work with whether or not we are getting a good deal. Those are the three elements - mass reach, good chemistry, and the commercials have to work out.”

Testing and learning before going big

“We prefer to test quickly, get learnings fast, and optimize on the fly. The first few months of our deal with Times of India have been about dipping our toe in the water of the different channels they have available to them and taking their guidance on the best way to utilize it. Sometimes, we have to push back.

“We prefer to test quickly, get learnings fast, and optimize on the fly."

Sometimes they'll say 'we really think you should go down this way', but we've got learnings already from things that we've done in other markets and we know that's not necessarily gonna work for us. It’s about balance. Now that we’ve been running with them for 4 or 5 months, we are making bigger moves, going big on airport media and we’re ready to go full on with TV now that we know what messages are gonna resonate best in the market.

It’s difficult. You suddenly have this big toolkit and the temptation is to just go big, but I'm glad that we've taken the four or five months to take our time and scale from there.”

Getting deep into localization

“We recognize the importance of language in culture and how much people resonate with it and appreciate when you go the extra mile and don’t just do Spanish but you do Catalan as well. In India, you don’t do Hindi and English or the other 12 official languages, but you go down to some of the more niche ones or less spoken ones. Those lesser spoken ones in India are still a lot of people.

The app works in those languages so why not speak to people in our marketing in those languages. On Facebook, we’ve started to run ads in Odia in India and we’ve seen the cheapest cost per install out of any ads that we’re running in that market. The hypothesis is that not many brands speak in that language on Facebook - they just do the top 5.

We do send our team out into the local markets to really experience what is over there and what we’re filming is native and appropriate. We don’t typically take imagery from one market and translate it and stick it onto another market.”

“A lot of people have what3words because of the early days with the emergency services message. It’s now on us to make sure we go back to those users and say 'we know that you know we are going to help  you in an emergency, but did you know that you can use us in all of these brands?' We have a lot of tools to do that. Some of them are owned and operated like in-app notifications, push notifications, newsletters, etc. We are always talking to our existing users but it’s not easy to talk to lapsed users because they’re not engaging with the app.

We chop cohorts up and message to them differently based on what they’ve done or haven’t done with the app. That’s starting to yield results. We’re able to see what it’s costing us to drive people back into the app and we compare that to the costs of acquiring a new user and what they’re each gonna do in a month’s time. The results are looking pretty positive and we are continuing to divert share of digital marketing spend into that space.”

Taking ownership of growth and marketing

“We have a large marketing team. We do most of our creative, especially digital, in-house. The marketing team also works diligently on some of our owned and operated stuff - push notifications, newsletters, etc. - and they have a very strong say in what happens on TV as well. We use outside creative agencies but we have awesome creative directors internally who help guide things. The marketing team takes ownership of the brand and the messaging and how all of our comms gels together.

"The marketing team takes ownership of the brand and the messaging and how all of our comms gels together."

We also have the growth team and we implement digital performance media. We also have a say in how those media for equity deals are being deployed… we are very close to that and we have a separate data and analytics team that we work with very closely to help crunch all of those things.”

Out of the box marketing

“I’ve been reading that eBay is the new sponsor of a new show in the UK called “Love Island” which I think is a really out of the box play on both sides. If you’re not familiar with the show, they stick a ton of single people into a villa and see how they get on and they couple up and it’s a very trend, influencer type show. It’s become known in recent years for promoting fast fashion. If a product gets worn on that show, it often sells out very quickly from retailers. It’s gotten a bit of a negative reputation for that so I’m really interested to see that their latest sponsorship is eBay. I hear that some of the characters will be wearing used clothing lines and they’ll be directing people to find similar clothes on eBay. eBay is trying to scale up their used, second hand vintage clothes.”