What I wish I knew when founding a mobile games studio 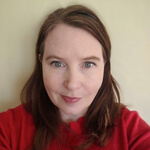 In the fifth episode of our "What I Wish I Knew When" series for indie developers, Melissa Zeloof is joined by Emily Greer, founder and CEO of Double Loop Games, who also co-founded Kongregate over a decade ago with her brother.

Emily discusses her experience establishing a new games studio and key tips for developers looking to do the same.

Listen to the podcast here or continue reading for the edited transcript.

Entering the gaming industry: What’s the worst that can happen?

I volunteered to be my brother Jim’s co-founder at Kongregate: I felt like, I was bored with my job, the worst that happens is we have a really interesting year and we fail, and I go back to what I was doing. I had really low expectations for our success; I just really wanted to learn. Being from the San Francisco Bay area definitely sets up a more open expectation about entrepreneurship, and that it’s a great thing to try.

We realized a lot of the hits we were publishing at Kongregate were the games I really enjoyed playing in the testing phase. Later we realized that I represented a huge portion of the mass market: adult gamers who don’t define themselves as “core” gamers, yet still spend a significant amount of time every day playing mobile games.

Kongregate had a great audience and history, but I was ready to do something smaller and be able to focus on this specific audience. That’s how Double Loop was born. We focus on making games that are deep and offer social experiences.

I don’t like categorizing our games as “casual”. The way the industry frames “core” vs “casual” gamers is actually interfering with our ability to understand the audience and build the best games possible. As soon as you define any part of the industry “core”, you’re calling the rest of it peripheral. The depth to which many people play “casual” games, and the engagement and expertise needed, can be really profound, and that’s why defining them as “casual” is a misnomer.

Getting to business: How to get started with your first game

In terms of starting your first game based on your own passions, versus a more market-based opportunistic approach, there isn’t a right answer. The best games are generally made from a point of view about the player and what they want, and some layer of creativity and authenticity.

But you can also mix that with, “oh there’s this trend, let’s do that”.

You need to be realistic about what your resources are and what your strengths are. If you’re a small team, your dream may be to make the world’s best 3D co-op shooter - but it’s not realistic, no matter how much passion you have, to see that success for your first title.

So starting with a hyper-casual or idle game just to learn the ropes, experience the process of shipping a game, looking at analytics, learning things - that can be a great place to start.

If you try to skip to "I want to make my dream project" without ever making a simpler project, you're likely to get in trouble.

I would add that you should never make a game where you have contempt for the audience - that’s something that often happens, where you’re just copying something successful without caring about the player or their experience. That is very problematic and unlikely to lead to success.

The importance of a co-founder

The loneliest year in business I had was the year after my brother left Kongregate and before I hired a replacement. It’s lonely to be in charge. One thing that’s surprising when you start your own company is how different it feels compared to being an employee. When you start your own company, ultimately everything is your responsibility. That brings a level of stress that is very hard to manage.

You can found a studio on your own, but it’s absolutely worth it to invest in finding something to build it with. Having said that, it’s better to do it alone than to do it with the wrong person. Make sure you have the same goals and values - if you are aligned and have complementary skill sets, and somebody you can make the big decision with - you’re going to feel so much better, make better decisions, and get more done.

The power of a small team

The way we started at Double Loop was writing up a series of things about how people feel playing a game and why it was important in people’s lives.

Then my co-founder Shelby and I agreed on our pillars for games, and brainstormed a lot of ideas in different genres that we thought could meet them. From there we researched things like the market size and other relevant background information about our ideas.

As it happens our favourite idea was something that our market research also suggested was the best idea.

Then a small team - me, Shelby, our engineer, and our art director - started prototyping, and prototyped around 25 mechanics.

We really tried to take that time of creativity and experimentation with a really small team, before bringing anybody in and building the full game.

This helped us get to something interesting and innovative, without having the pressure of having a full team needing something to do.

A quick aside: social mechanics

The social mechanics in the so-called casual market have been relatively weak, because its a lot of puzzle games, which don’t lend themselves to co-op play like MMOs or midcore games do. There’s a lot of room for innovation in that market.

Having been a publisher like I’d been is a very interesting way to start your own studio - I’ve seen a lot of the mistakes and challenges a lot of studios have faced and been able to pull a lot of common threads to help us.

But obviously I didn’t anticipate a pandemic or to be building up a studio where we can’t even meet some of our employees in person. We were lucky that we did all the prototyping as a team in person before the pandemic hit. But it’s a challenge finding out how to build company culture in this fragmented online space.

We really needed to think carefully about how much we’d personally be able to do on the game. You underestimate how much work goes into fundraising, biz dev, taxes etc…

When we finished the prototyping phase and moved into full development, my co-founder had an overwhelming amount of work to do. It was hard on her. We really should have hired a designer to support her.

My recommendation is that as a founder, whatever you think you’re going to be able to do for the game (timing wise), cut it in half and allow some room for maneuver. Not doing that is a mistake we made.