Unearthing the next generation of gaming unicorns 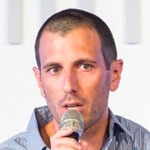 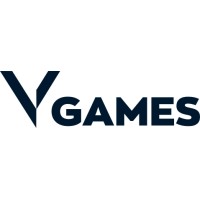 Eitan Reisel, former lead in Google’s gaming division and founder of VGames, an investment firm focused specifically on unearthing the next generation of Israeli and Eastern European gaming unicorns, joins to discuss the investment opportunities in these ecosystems, the biggest trends in gaming, the importance of gametech, and much more.

Understanding the gaming prowess of Israel

4:40 Eitan - “I think, today, more and more people that are in the industry understand the power of Israel. If you look only at the brands that came out of here or big companies, like Playtika, Plarium, and Moonactive, of course, are the new rising stars. ironSource, besides the fact that it’s one of the largest ad networks, is also a game company today. We can mention many more games, several unicorns that came out of Israel and this space. That’s one.

Two, there’s very unique talent in Israel, especially on the monetization, economy, and marketing side of things. It’s where we are lacking a little bit, but it’s pretty unique. Games became so competitive that without those angles, it’s very hard to succeed. If we combine all of that, the Israeli chutzpah, the entrepreneurship and the skill of some of the big companies, we’re only starting. Another trend is that you see more and more global companies opening offices here, whether it be studios or their marketing divisions.”

6:43 Eitan - “We are a global fund. I expect that more than 50% will be invested in Israel but we already have a portfolio company in the US. I’m sure we will cover Eastern Europe but I’m pretty bullish about that territory as well. In terms of scope, this will be broad and then we can narrow down to Israel as well. We are happy to invest in anything that has to do with the content side of things. There are genres where I feel less comfortable as an investor, for example, hyper-casual is super competitive and dominated by very big companies today. A new company coming into this place, one, will need an endless amount of funding and, two, it’s really hard to compete because the giants have many advantages in this space. Naturally, Israel is more casual mobile, but it’s a little bit chicken and the egg because it has to go in line with funding as well.”

8:43 Eitan - “Specifically, in Eastern Europe, I think of Poland. Though there are very big companies that come out of there, they are still underrepresented in terms of investments and the amount of capital going in. I think there is an amazing talent pool there. It’s a bit different than here that it’s more on the creative, story side of things. Finland, of course, continues to be the kingdom… We see more and more stuff coming out of Korea and Singapore. There are many gaming hubs today. A lot of them are already popular gaming hubs but there’s also a lot of new stuff coming. The US is a bit crowded in terms of investors and opportunities but there’s stuff still there and there’s very interesting angles.”

10:20 Eitan - “We’re very happy with doing pre-seed, early stage stuff. 2 out of 4 of our existing portfolios, and also another investment that we’re in the process of right now, are companies with a team and a presentation. A team, of course, is very important. If they have the right background as founders or worked for game companies, that’s a very big advantage in this space. We have to make sure that we believe in the genre… There are so many games that are very big but if you look at the unit economics and the financial opportunities there, they are not that big. We have to make sure that we are convinced that there’s enough users for that game and the economy is right…. I want to make sure that I believe in the team. If the team is more advanced, of course then we go into metrics. The number one metric, and I’m sure a variety of game investors would tell you this, is retention. They’re the key factor… So I’d say number 1 would be team, number 2 would be genre and number 3 would be KPIs.

Good game vs. a good business

12:30 Eitan - “To get a game out there today, you need the right funding. It’s expensive, CPIs are expensive and you need to reach enough eyeballs to make sure you get enough traffic into your game. You need to make sure you’re able to test and, especially, approve. The test is easy but then you have to make sure that the changes you made are impactful and your users are enjoying them. Of course, we have to understand that angle. What’s important about the marketability angle is not only the market fit of the game but also how we are approaching it. We are done with the days where you just launch a campaign and then whatever network you want will add some bids, drop in a creative and everything will be okay. Storytelling of things, how you approach marketing, how you think of k-factors, and bringing organic and not only paid is important… We also add that as a lot of value as investors. Not only the market potential, but also understanding the strategy and, of course, how expensive it is. There are genres today with major players who are investing so much money in marketing and are willing to buy players with such high prices that you really have to come with a strong angle to approach them, otherwise, chances are you’re going to lose even if you have a good game.”

The value of publishers

15:00 Eitan - “Publishers are one of the biggest opportunities for developers today. It’s not right for every studio, but I think I would actually copy this model to other types of businesses, especially B2C businesses. If you think about it, not every game developer can get funding. There are amazing games and the value proposition of a publisher is that they’re sponsoring one of the most expensive parts.”

16:36 Eitan - “The biggest trend that we’re seeing today in games is that it used to be, ‘are you a developer for mobile, PC, or console and what are you building on?’ More and more, the platforms are becoming a commodity. Fornite is an amazing example for that. We see that people want to enjoy the content wherever they are and they don’t really care what they’re playing on.”

18:04 Melissa - “If you are a hyper casual gamer, you’re playing in short snippets on the bus, while you’re waiting for the doctor, on the loo. You don't want to play on your TV screen or your computer or wherever because for you it’s not about immersing yourself in the experience, it’s about passing time. Equally, if you’re someone who is expecting and enjoys an immersive experience, that might not be something you want to do on your phone while waiting for the doctor or on the loo or on the bus.”

19:05 Eitan - “I totally agree with you. Of course, casual will always be a more mobile thing. People come in, it’s not very long sessions. They come in and out, in and out. If you go to a midcore or a core, you have to come, spare time, block your calendar. You may wanna move on to the next phase and sometimes you’re even playing with people so it’s PVP or with a group, etc. What I’m trying to say is that I think content will be king and the platform will be agnostic.”

22:19 Eitan - “We do see a lot of merging in genres. Some of it has to do with business models. It used to be that a game that does in-app purchases does only in-app purchases, but with marketing costs increasing, developers understood that they do have to monetize the players that are not going to deposit in the game. This brought in ad monetization.

We do see midcore and casual coming closer. There are games that represent that and the same could be for core and midcore. In general, the merger of genres is something that we see year after year happening more and more. Of course, there are still the core genres, not specifically core, genres that will always be there. They are sometimes niche but those niches can be very big niches… One, users are always looking for other things. Two, users can’t always spend the necessary time for midcore or core. Three, a lot of it has to do with monetization. That’s one of the biggest pillars. ”

25:10 Eitan - “With gaming and game tech, one could not work without the other. An amazing example for that is Unity. A lot of the games in the world today are based on Unity… Tech is allowing game developers to do things that are much more creative and faster. It’s amazing how fast people can get titles out there. It can be a matter of months and it used to be much longer than that.

If we look at the data layer, the ad monetization, and all the waterfall work, if developers had to build all this themselves, it’s just not their core. It [gametech] is super critical. It’s an ecosystem surrounding an ecosystem and we’re only going to see more stuff.”

Evolution of gaming and the entertainment industry

28:38 Eitan - “The more we progress, the more gaming and traditional entertainment will merge. I had a very interesting conversation with a pretty famous director that said that, today, even when they come up with ideas, they think about the implications of how this can become a game and what type of games it’s set for. We are already in that mindset. We are going to see a lot more gamification coming from traditional entertainment because, at the end of the day, if you look at the monetization and dollar opportunity, games are by far making more money and are more profitable. IP is a good example. You can really leverage IP. In Israel it’s less popular, but IP can really help you with marketing. If you bring in the right IP to the right content, it can really save you a lot of marketing ad spend.”