Understanding discoverability and conversion in ASO for games 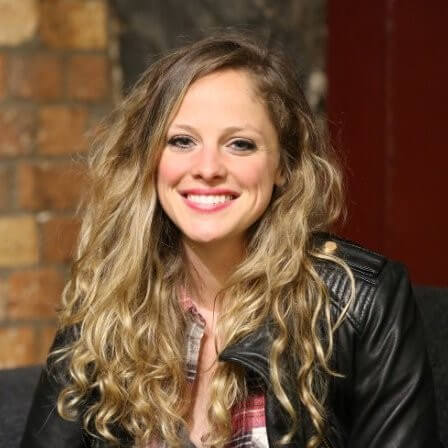 Getting people to your app store page is just half the ASO battle. How do game marketers make sure they’re also setting up their app store page for conversion. Lexi Sydow, Senior Market Insights Manager at App Annie, sits down with Melissa to discuss everything app store optimization, including best practices, common mistakes game marketers make, and the difference between optimizing for discoverability and optimizing for conversion.

“ASO stands for app store optimization. It’s the process of getting your app discovered and then downloaded by users in the app stores. It’s best known for strategically leveraging keywords, but it’s a lot more than keywords - there are a lot of elements at play to ultimately get your app noticed and then downloaded.”

The two buckets of ASO: discoverability and conversion

When we look at discoverability, that’s where keywords shine. They’re largely the way to get that discoverability in the app store. For instance, you could have branded keywords like Nike or generic keywords like sneakers. At App Annie, we look at two main metrics: search traffic (estimating how many people are searching for that term) and the difficulty to rank (how hard it is to rank against other competitors who are also trying to rank for that term). If you’re trying to optimize on a keyword, you want to find one that has a high search volume and lower difficulty to rank.

Once you get that traffic to the app store page, that’s when other assets step in like the app description, ratings, reviews, screenshots, logos, and videos come in. It’s the conversion piece. They come together to inform users and help them decide whether or not to download.”

“Our friends at StoreMaven helped us with this definition of users. Decisive users are users who view the most visible elements in an app store page like the icon and the first two screenshots, and they make an action based on their first impression. According to StoreMaven, 65% of users don’t swipe past 2 images. That’s a good indication of decisive users. They’re deciding yes or no. We break them down into people who decide and install and people who decide and drop.

Explorers are those who interact with your assets before deciding to download. They either explore and install or explore and drop. These are people who watch the videos, scroll through the screenshot gallery, read the reviews. They’re known for making a more informed decision than decisive users who may have a false impression of your game, which could lead to disappointment  and uninstalls. For that reason, explore and install is higher quality than decide and install - because they’ve taken the time to get to know what your game does.”

“At companies where you have a UA manager and an ASO manager, it’s a question of how they communicate. What the ASO manager is affecting the success of the paid UA. That conversion side is really important and not limited to organic traffic. You need to orchestrate across all your strategies.

What messages are you leveraging in paid ads? Do these calls to action and value props resonate with what’s in the screen shots, app description, and other assets? If users get to the page and there’s nothing that talks about what was in the paid ad, then maybe that user drops.

Best practices for ASO for games

“For the icon, it needs to be simple and recognizable. You have 124 pixels, so you want to make sure it’s eye catching but also not distracting and difficult to understand what it is. It’s also important to remember that it’s going to be used across multiple assets. So while it’s small in the app stores, it can be bigger in other marketing materials. The hyper-casual game Acquapark.io, for instance, has a very clear indication of what you’re getting and it’s a simple icon.

The other element you have to play with is the name of your game. It’s a great place for you to put high-priority keywords. If you’re not from a huge publisher and don’t have immediate brand recognition, and you have a brand new battle-royale game, try putting the name of your game dash battle royale.

I see a lot of missed opportunities, where game markets may not be leveraging things like seasonality, industry, events, or trends in the name or the icon. For example, we’ve seen games that have reskinned their icon for Christmas or Halloween. Subway Surfers is a really good example of that.”

“Reacting to reviews is key. We’ve seen situations where a game is so popular there’s issues with people being able to get on at the same time. It’s important to be swift, take that user feedback really seriously to help change that public opinion after you’ve updated the game and fixed the performance issues.

The second part of that is more proactive. Having a great moment in your game can help spark positive reviews. In games, it makes sense to prompt users after they complete a difficult level or they unlock a new power, or build something. It’s capitalizing on that positive experience. On the flip side of that, you can manage preemptively the negative reviews as well as increase the public facing product reviews, you can use intelligence rating prompts. This enables you to ask a user after they’ve done something satisfying, like get to the next level, if they’re enjoying the game. If they respond yes, they’re sent to leave a review on the app store page. If they say no, you can funnel that to a separate internal form for feedback.”

“At App Annie, we lean on our partners StoreMaven as far as testing goes. You can leverage multiple areas. Looking at your icon, that’s a great area to test. StoreMaven found that testing icons can increase store conversions on Google Play by 11% and on iOS 18%, since the icon on iOS has a more prominent view. Google Experiments lets you set up those tests, and then you can use a third-party for iOS.

Another area I’d say to test is video. On Google Play, only about 6-10% of users will click to watch the full video. So the poster frame before the video renders is very important because 100% of people will be exposed to it. Keep videos short and put your strongest messages up front. Videos, when done well, can increase conversions by 24%. For iOS, video takes the first image on the app store page. It’s quite large real estate. Testing those poster frames and videos can increase conversion rates by 40% on iOS.

I’d also recommend testing screenshots. On iOS, 31% of users scroll through the gallery but only 8% see the full gallery. The first two images are by far the most important and can improve conversion rate by 18%. On Google Play, you can see about 2.5 screenshots. 30% of users who scrolled through the gallery, installed the app. Within that, you should test not just the visuals but the words that you’re using.”