The rise and rise of in-game ads 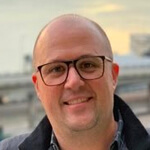 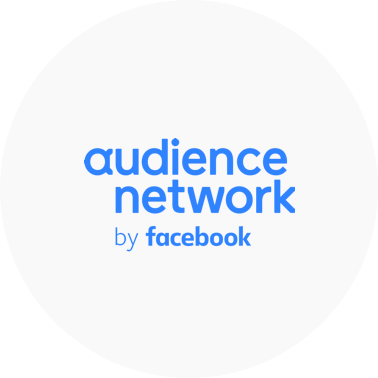 Host Melissa Zeloof is joined by Nate Morgan, Global Gaming Lead at Facebook Audience Network, to discuss the rise of in-game ads and the key innovations in this space, the shift to hybrid monetization models, and the opportunities in-app bidding opens up for developers.

Listen to the podcast or read the edited transcript below.

The rise of free-to-play

What ended up really accelerating F2P was the explosion of the platforms....the Apple App Store, Google Play, Android and iPhone adoption...the footprint of the overall industry just grew…

You had companies like Facebook who were innovating on the UA side, and ironSource and others who were coming into the space to provide performance marketing tools to help fund this new business model. Then you have a bunch of really smart people who combine these things together and run ROI positive marketing campaigns, and because at the core it's a free product, you’re able to scale that globally.

Over the last decade the single biggest innovation for in-game ads has been rewarded video. Nothing like it existed before, either inside or outside of mobile, online or elsewhere. The format itself is a phenomenon: it’s great for publishers, players love it because they can use it to transact in the game and acquire virtual currency, advertisers love it because it drives great outcomes for them, and also game designers love it as its an opt-in experience that they can incorporate into the overall game design. It gives it a very non-intrusive, native and organic feeling.

FAN recently commissioned a report by 2CV and some of the stats we’re seeing are really compelling. 32% of gamers are seeing rewarded video as being twice as useful as other formats. Also playables are perceived as the most enjoyable ad type among 32% of players, because they’re inherently fun to play and players can check out the game before downloading.

Capitalizing on the ubiquity of games

The move to live services has been one of the coolest innovations. The concept of doing live events at least on a weekly basis has been around for quite some time, but if you look at Fortnite as an example, they’re adding content every single day and it's really become this living breathing entertainment experience that’s really so unlike anything in the history of entertainment.

So I can see there being continued innovation around live services and all of that of course is geared towards driving up core KPIs: time spent, monetization, retention, engagement. The entire industry is thinking about that alot: how can we keep people engaged in our games?

In the context of being more isolated, and at home more due to Covid-19, I think it’ll be more important for developers to create social experiences.

In the report we commissioned from App Annie about ad monetization, they found that 89% of top games worldwide have integrated an ad platform SDK. That’s a very large percentage of the overall ecosystem.

More importantly, the data pointed out that games which installed their first ad SDK grew in users and monthly downloads.

Going back to our conversation about the movie theatre, grabbing the popcorn and that whole experience of showing up for one thing but also consuming other content that’s relevant to you and that you also enjoy [trailers] - good game design and good ad design does the same thing, and increases the phenomenon [of players enjoying ads].

Casual games are especially suited to ads (...) but one of the things that really stood out for me from Appsflyer’s “The State of Mobile App Marketing” 2019 report was the high sentiment score for rewarded video ads among hardcore players.

If you’re an IAP developer, and you’re making a midcore to hardcore game - and you don’t have rewarded video integrated in that experience - you’re leaving money on the table.

Bidding is a huge initiative for us. We think it's the future of mobile ad monetization (…) this is really about our publishers. Our focus is on maximizing their revenue (…) the waterfall system is simply outdated. Improving operational efficiency is equally important for publishers - managing waterfall optimization takes up a huge chunk of time. The automation provided by bidding frees up the time to enable publishers to focus on driving more impact for the business, such as optimizing the design of the ad format, more resources to focus on user acquisition, etc.

The same applies also to IAP-only publishers who are adding ad monetization for the first time...you can focus on game design and don’t need to focus on the operational costs of this additional piece.

We believe in bidding so much that in Q2 of 2021, Facebook Audience Network will become a bidding only ad network for iOS apps. We’re going to move away from supporting waterfall ad mediation (...) the automation around bidding will give our publishers a strategic advantage as they navigate the uncertainty that’s coming in early 2021 [from Apple’s privacy changes].

My personal opinion is that 2021 is going to be a disruptive time, and there’s going to be a lot of experimentation. A lot of publishers who’ve been living in a world where they have 3 or 4 IAP-only games on iOS and Android are starting to do some soul searching…”if changes such as the ones Apple are signaling are coming, I need to be thinking more diligently about alternative revenue streams, how I’m structuring my overall business”. I think we’re going to see the growth of ad monetization and publishers moving to a hybrid model. We’ve already seen this grow astronomically in the last few years, and we're going to see that accelerate in H1 2021.