How to identify and evaluate new game projects 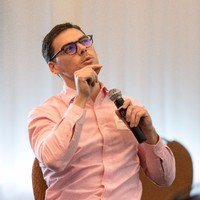 Read on for edited highlights from the podcast:

Taking a product lens to UA

“It’s easy to grow something if you pick a winner from the start. Think, what genre do you want to do? What features do you think would sell exceptionally well? If you take a more product lens before the user acquisition, you can better try to find opportunities from the start.

I’m the biggest believer that people in growth or UA should be close to product, if not thought of as part of the product team.”

“The green light process is pretty structured. There’s a really good article on Deconstructor of Fun that talks about this, so I’d encourage anyone to read it. I think the most critical point of the greenlighting process is that word there - that it’s a process. There is a lot of rigor that should be applied to thinking of new opportunities.

There are two schools of thought here. Some people are rigorous, and other people are more looser and goes by what feels right. There’s definitely a place for both of them.

“For us, it’s really about fostering creativity, and getting as many ideas as possible and then go through a funnel to understand and evaluate opportunities to execute on.

Here’s an example. At Uken, we start with a company wide open call for game pitches - that’s 100%. Then we narrow down the top ideas - that’s 10%. Then 5% of those get mini, high-level game design documents. From there, we run a framework where we’re looking at the market and ask, does this opportunity make sense and is there room on the market for them? How do we feel about our ability to execute on that kind of opportunity?”

“When ideas are coming from multiple places, there’s potential for people to get distracted. That’s why the process is so important, so we can be diligent and be cautious of cognitive biases.

Everyone has what I call shiny object syndrome. There’s the bandwagon effect where the uptake in beliefs and ideas appear more than they are because they’re adopted by others already. You can also get anchored to a new idea, think this is totally going to be successful and get confirmation bias by this one piece of information - someone sees a game is trending really well from a revenue perspective and says, this should totally be an area we explore.”

“To get that atmosphere of creativity, you need an open culture where there’s a lot of transparency. I don’t know if it goes as far as radical transparency, but you need to have an environment where ideas are shared openly and criticism and feedback is shared on those ideas. You need to be collaborative. This is usually conducive to flat company structures.”

The steps of the process

It comes down to evaluating the team’s ability to execute. It sets the bar for how good an idea needs to be with how competitive the idea is - match-3 being a great example. There are a lot of people who have spent a lot of money on marketing and product innovation, that unless you’re bringing something pretty compelling to the table, seems like you’re just getting into a money throwing fight with a fairly low probability of success. It’s important to be practical and match opportunity with capacity to execute.

“The fact that there’s an increasing number of data intelligence services like App Annie, 42matters, Game Refinery, Liquid and Grit, shows that using this information to understand what’s happening in the market now is really useful. You need to build a perspective on what’s going on now and where people’s focus has shifted in the last three months. If you only pay attention to what’s happening now, it’s not indicative of what’ll happen in the future.”

“In trend analysis, we look at categories and subcategories. Bubble shooters on iOS, for example. We need to understand who’s in the space, who’s successful, who’s failed. It’s much easier to see the success cases than it is the failed cases. We don’t really care how successful Game X and Y is, we want to know about Games A through X that were unsuccessful. You should have a reasonable narrative for why they failed and why you won’t. One trap you can fall into is naively thinking you can do better than everyone else.”

“It’s important to figure out how to test ahead of time, and then finding out what should be the better direction to go in. But there’s a bit of danger in being too prescriptive in what you’re going to be able to identify. Rather, you want to rule out really bad ideas or identify really great ideas.

Sometimes, the differentiating features in your game won’t be able to be tested in a playable ad. It may be easier to run with video and then evaluate top of funnel metrics before you continue to invest.”

“Be consistent with the process. You can be flexible when you want to improve and innovate on the process after you run something through. But if you’re iterating on your process too frequently, you’ll find that you won’t be able to compare later ideas you come up with.”

Want to learn what goes into making the world’s most popular games?
Subscribe to LevelUp to never miss an update.