How to build a world-class creative team 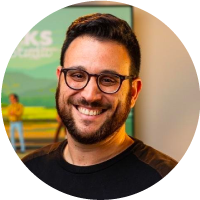 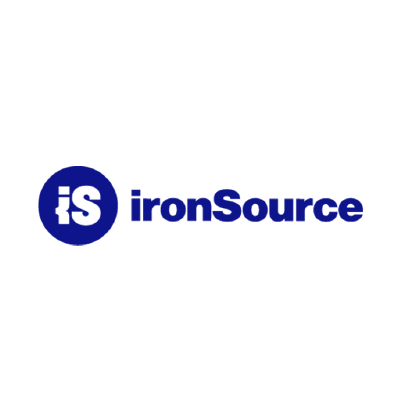 Dan Greenberg, Chief Design Officer at ironSource and founder of its in-house ad creative studio Playworks, discusses the world of ad creatives in the gaming industry, where it is headed, and how he built a world-class creative team that’s produced over 4,000 creatives for games ranging from Call of Duty Mobile to Homescapes.

Listen to the podcast below or read on for the edited highlights:

ironSource LevelUp · ironSource | How to Build a World-Class Creative Team

1:48 Dan - “I think it’s well established today that any serious game business has to have a very strong creative arm in order to run the user acquisition. As things become more automated, I think, and this is something most of us feel, it’s the only thing that can really change a campaign for the better or for the worst. For the better, it’s the creative because this is one of the last elements that is human centric and  based on human experience. It’s not something you can automate or make programmatic. It may change over time but, still, it’s not there yet. There’s something about the gaming industry where sometimes we feel like we’ve been doing this forever but it’s actually a very young industry. User acquisition in gaming is also very young and it’s only been a few years since it started. Understanding the value of it, implementing it, and creating the teams that can run creative is all new to most game studios out there. Today, I think creatives are very well known and get a lot of attention, way more than when we started doing it for our clients. It’s also always evolving and very dynamic.

Now, what about that winning team?

4:10 Dan - “For me and for most of my team, it’s a super interesting place to be because we can combine such different things in one place. It reflects on each individual in the team and also the way the team is built, that everyone has a few tricks up their sleeves. You could be a motion designer that really loves data and wants to see the numbers all the time or you could be an analyst that comes from the numbers but also really likes the creative side. I see in a lot of interviews for new team members, for example, if I’m talking to someone that comes from the performance side or the data side, that being a part of the creative team is a very big incentive for them. Once you’re really good at data and analyzing campaigns, it’s really interesting to go to the high level of data experience. Today, the most talented individuals have all of these things.

As a team, we’re very multidisciplinary. In the same team, we have the performance guys, the designers, the game designers, the product people, the R&D, etc. So, everything is within that one group which allows us to reach the highest levels of understanding, build the best tools, and, in the end, create the creatives that bring the biggest performance.”

6:50 Dan - “It doesn’t matter what your specific profession is or what you do best, there is something that should underlie each person in the team, and that is a level of curiosity. You should always be asking why this worked or not, why this trend is happening in the market, and actively looking for stuff and not just waiting for someone to tell you what you should do. If you are an individual that has this curiosity, I think you can learn a lot of the other stuff. But I also think that’s a part of your personality where you either have it or not.”

8:17 Dan - “It’s a very trust based environment meaning that most of our projects and most of our creatives have no strict plan on what to do. We leave a lot of open room for the creative people or the developer that is working on the playable to think, to propose, and to change the way the creative is shaped. Sometimes, this means that something won’t work and the creative could be bad and won’t hit the mark. But, I think this is very critical to create a good creative environment. This is a place where no idea is a bad idea until we see a finished product, and this is the other side. We have a very strong culture of critiquing each other. In the end, you can be part of the process and be the person that creates this specific creative, and, again, you get all the freedom to make any decision that you think is right, but we also have a very rigorous play testing and creative feedback process.”

Can’t forget about the logistics

11:23 Dan - “I think the amount of operations we have in a creative house is something that we often overlook. We were new to this and had to learn everything from scratch but we didn’t come from this industry. Within the operations, there is one main principle that guides us and that is, anything that can be automated or done by a machine should be done by a machine so the person can be free to think and bring the human element to the creative. We have a huge R&D team and product team just to build tools that allow you to streamline the production and make sure that you don’t waste any minute on something that you shouldn’t do. This includes automating the way creatives are uploaded to the campaign, the way they’re monitored after they’re online, closing tickets, and creating the most automated workflow possible for any repeated or unnecessary human job. I think this is the key to creating any efficient creative operation because, if you don’t do that, there is a very direct correlation between the number of people you have to the number of creatives that you do.”

13:59 Dan - “In the beginning, we had teams that were based on profession and it was very natural to think that, ‘let’s take all of the motion designers and put them together, let’s take all of the graphic designers, developers, etc.’ We found that it created two problems. First of all, there was a very big issue with handovers between teams. It was just not very efficient and took time.

Second, no matter how much you try to create motivation within the team there is an ownership issue. When you divide it into different teams, it’s hard to create that full ownership that we are talking about. About a year and a half ago, we changed the model to a squad based model. The teams are built, now, with one from each profession and they all sit together and work together on the same games and same creatives. So, you have within the same team, all of the functions you need to create a playable video, interactive end card, static, etc. Whatever you want to create, you can do it within the same team. We eliminated the time it takes to make a creative and the ownership issue. That’s a really significant jump in both quality of what we are producing and, also, the time to market which is always super important.”

16:17 Dan - “Most big companies have already understood that they have to create those teams inside. It’s very different if you split it between videos and playables. Video production is very in-house in a majority of the studios but playables never became a strong in-house thing besides the few pioneers that did it. For example, Playworks did an amazing job of creating an in-house playable team because they understood that it’s very important for their business. I’m seeing a very strong shift towards more in-house teams, but I also think there’s still a way to go. Throughout 2019, everytime I met with a game studio, I told them that this should be a top priority for them because I see the impact of when you have a strong enough team and when you don’t. So, the trend is moving towards that. It is a very big issue with the smaller teams because when they grow, it’s hard for them to understand the importance of it or to bet on it versus having more unity developers.”

18:04 Dan - “If there is a disadvantage, it’s that sometimes your team becomes a bit narrow in their vision. Strong creative teams, even if they’re in-house, will know to look at the market, to look at trends, and to find new ideas. It’s hard when you’re working every day on the same games.

What I've seen with us is that we have become a partner for the in-house studios, sometimes just to give new ideas. We’ll give our own take, which is external, to the in house teams that feel like they’ve done a thousand concepts already and don't know where to take it.

19:17 Dan - “I think we are working in the coolest industry in the world. Being in the rise of mobile gaming that’s happened over the last few years, is super exciting.”