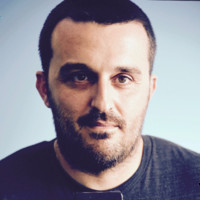 Benoit Vatere, CEO and Founder at Mammoth Media, joins ironSource's Melissa Zeloof on LevelUp to talk everything Gen Z. Who are they? What do they care about? How can game developers and brands appeal to them? And what sort of content do they love? Tune in below to find out or read the edited highlights.

“Gen Z is anybody born between 1995-2019. It’s a pretty wide range. In the US, the size of the market is about 4 million people. Globally, it’s 2 billion people. By 2030, Gen Z will represent 70% of the consumers of the world. This is a massive audience to work with. And obviously when it comes to mobile, this is a generation that spends a lot of time there. The core social media outlet for millennials was Facebook, but Gen Z is not on Facebook - they’re the Snapchat generation. They were born and raised with connectivity, with WiFi, with the iPhone.”

What does Gen Z care about?

“Because they have access to a lot of information, Gen Z cares about what’s going on in the world - like with climate change. They care about things that maybe they don’t understand well, but that their parents didn’t care about.”

“Gen Z wants to engage with mobile content quickly, and to get the storyline fast. They have a short amount of time in between classes when they’re in school. So you want to give them good content in a short period of time, and to do that the content has to be engaging within the first 10-15 seconds. If not, they just double click, swipe up, go to the next thing.”

“When we build content for Gen Z, we need to build a story and characters that will engage them immediately. Comedy and sci-fi and require a lot of character building - it’s a difficult genre for short-form on mobile. But everything that is around romance, and fear, and thrill - you can trigger those emotions very easily. That narrows down the type of content you can work with when it comes to short-form on mobile. And it’s best for acquisition - content to get them into your platform.”

The trick to hacking long-form content for Gen Z

“The stereotype is that Gen Z only consumes short form content, but this is not true. They can spend hours and hours on the device consuming long-form content. This is content you need to subscribe to or get them into a trial, like Netflix. Then once they are a customer, you need enough content to retain those users. This is where genres that are difficult for short-form come in, like comedy and sci-fi. They’re already paying customers who now understand the quality of the product and now have more patience to dedicate to the platform and really engage with the storyline.”

“We work with M2, which understands short-from very well. They were creating and writing everything - of course, we give them guidelines on what we’ve seen has worked before in terms of characters, lengths of the stories, etc. They write, we upload to Yarn. Once it’s uploaded, we can see engagement data on a line by line basis, which we feed back to the writers. If a story doesn’t work, the writers will optimize towards KPIs like completion of episode or continuation (going from one episode to another).”

“With a studio like Marvel, usually we write and their writers edit to make sure the characters are talking and acting in line with their guidelines. The IP is so famous, they have to be careful with what they produce.”

“We’re outside of core gaming. We are the hyper-casual of hyper-casual because although we use gamification, and gaming mechanics, and virtual currency, it’s mainly content. So when we think about creating a new product for Gen Z, we think of what is disrupting beyond just snackable content on platforms.

It has to be short-form, it has to be less than 2 minutes to consume. We also look at interactivity. It cannot be passive consumption, there has to be interaction with the screen. You have to tap on the screen, make decisions, engage. After that, it comes down to what every game developer looks at - LTV and CAC. Then it’s testing ads across networks to see what the cost of acquisition is, the IPM of the ads, are they engaging or not”

“We use our app Wishbone to test concepts and ask for feedback. We get on the phone with our users, we do group interviews in the office.”

The spending power of Gen Z

“Of course, we don’t deal with ages under 13. But ages 18-25 have disposable income from working jobs or from their parents. So they have access to cash in their iTunes account to spend on single transactions. Unlike older generations, they don’t really think $0.99 is really a lot - especially when they’re paying $4 on a cup of coffee.

Meanwhile, Apple made it very easy for younger people to spend on digital devices. I have kids myself who are Gen Z and I see it all the time - I get notifications on my screen that my son wants to spend $0.99. Then I can accept or deny.”

How brands interact with Gen Z on mobile

“Gen Z loves brands. When they engage, they’re all in - there’s no middle. When it comes to interacting with marketing messages, they are much more into native integrations. They love when brands partner with influencers.

We had both Sephora and Starbucks come on the platform and create their own account on Wishbone and then create content on what to vote on. What makeup do you prefer? What drink do you prefer? They love interacting with the brand this way. They love the brand being part of what they do during the day, and not being forced to see brand messages.

The same with Yarn. Yarn is a storytelling platform. It’s similar to what happens in the movie industry, it’s product placement. We have a story, where for example, a businesswoman is traveling the world and when she calls her friend back home she uses Skype. So the brand name is obviously mentioned and the users don’t mind, since it makes sense.

This is how brands get themselves in front of Gen Z.”

Influencers in the Gen Z world

“Gen Z celebrities are completely different than the celebrities of Millennials, Gen X, or Boomers. When you ask them who is your favorite actor, they keep mentioning YouTube names. Working with YouTube stars when it comes to telling stories makes so much sense. They have such a big social footprint, so the engagement with their fan base is massive.

Remember that all these celebrities from social platforms are looking for ways to monetize their celebrity status. Until now, the only way they could do that was by brand sponsorships on their channels, but that just turns them into a vehicle for the brand. That’s not a way for them to showcase their talent. These influencers are looking for ways to monetize their status while leveraging their talent. So offering them to be part of a story - to act, to sing, to dance - it’s something they love, and something that social platforms are also looking for.”

“All the gaming networks with playable ads are number one. This is where they are because they play a lot of games and spend a lot of time on their phone. Also, on social platforms - but not all. Facebook doesn’t work. Instagram is OK. Snapchat works really well. TikTok works really well. And then, outside of standard paid user acquisition, is working with influencers. We do a lot of work with smaller and bigger influencers who talk about the product or are part of the product.”

We tried TV commercials on Disney’s core Gen Z channels that used to be called ABC Family and now called Freeform in the US. But it just doesn’t work. Remember, where they spend their time is YouTube and all the OTT like Netflix and Hulu. So trying to spend money on standard cable TV doesn’t work well.

But we can’t target YouTube for app downloads. You have to target the entire network. So we’re pretty limited what we can do with YouTube.”