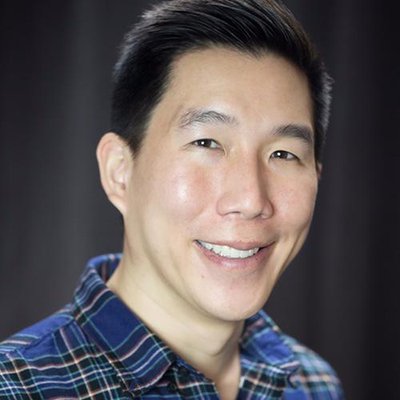 Nick Yee, Co-Founder at Quantic Foundry, explains how the gaming industry is beginning to standardize user behavior analysis and breaks down the 12 factors that motivate gamers to keep playing. Plus, he reveals the biggest surprise his team discovered in their research on player psychology and how game developers can leverage it to their advantage.

“We’re just getting to a point where the industry is standardizing the way we quantify gamer motivation. In the past 10 years, one of the biggest changes in the gaming industry has been the emergence of established roles in user research, user experience, and user insights that intersect with user psychology and gamer behavior.

People on the user research side are usually in a play testing role. They’ll bring play testers into labs and study at which points in the game they get frustrated or bored, and then tweak the UI, gameflow, voice acting, and storyline accordingly.

People in consumer insights groups look at this more from a marketing standpoint, finding out if gamers are interested in this or that genre, what gamers care about, and what the natural segments are.

Then there are the data scientists who are looking at this through a server-side metrics lens. They’re looking at the actual gameplay behavior, the guns that gamers are using, how often gamers engage with the storyline.”

Filling a gap in the industry

“We saw that a lot of game companies had sophisticated dashboards that showed the health of their game. But when one of these metrics starts declining, these dashboards had a lot of trouble surfacing what they could do about the problem and what was causing the problem.

Early on, one of the goals was to bridge the server-side metrics with the methodologies for answering the why behind the what. If there’s a segment of our game losing interest, what are the best bets in terms of mechanics and features that will engage them?”

“In a nutshell, factor analysis identifies how preferences and attitudes do and do not cluster together. There are underlying assumptions of how motivations intersect - some people may say that people who like socializing are opposite of cutthroat competitive players. Factor analysis is like celebrity deathmatch. It’s a way of pitting these models against each other and testing empirically with data from real gamers. Our model of 12 motivations is based on factor analysis of a large data set.”

The 6 pairs of gamer motivations

“The first pair is action. There’s both a desire for destruction, appeal for chaos and mayhem, guns and explosions, as well as the appeal of excitement, fast-paced action, surprises and thrills.

The next pair is a social pair - it’s both the appeal of working against other players and competition as well as the appeal of working with other players and being on the same team, chatting, interacting, and a sense of community. There used to be this assumption that competition was the polar opposite of community, but when we looked at the data, they’re highly correlated. People who are social want to interact with other gamers in many different ways, whether they’re on the same team or different teams. To them, it’s all just social interaction.

The third pair is mastery. It’s more long-term oriented game appeal, whether the appeal is a challenge and practicing a game over and over again so you can defeat the biggest, baddest boss or the appeal is strategy, which is more thinking and planning ahead and making complex decisions.

Then we have achievement, which is different kinds of points systems - whether that’s points just for the sake of points like collecting all the stars, or achieving because there’s instrumental meaning behind it like getting to a high level.

Immersion is the fifth pair - it’s different ways of being a part of the game world, whether that’s the psychological sense of fantasy and being someone else somewhere else or it’s the appeal of story, interacting with an elaborate plot and engaging with interesting characters that have their own backstories and quirks and psychosis.

Creativity is the last pair. It’s playing the game in the broadest sense of the word, whether it’s design and expressing individuality through customizing your avatar or it’s discovery, which is exploring the geography of the game world.”

“We tend to think of motivations as the constellations of your interests. For every gamer that comes through we get their inclination for each motivation. Gamers tend to score high on 1 or 2 of these pairs, very low on 1, and then average on the rest.”

The most surprising discovery

“In the gaming industry, we often talk about gender differences - how female gamers are different from male gamers and what design for female gamers should look like. But really the elephant in the room is age.

The AAA industry is geared towards ages 15-30 but there are still gamers who started playing as kids and are now in their 40s and 50s. So what do games look like for gamers who have aged beyond that will continue gaming in nursing homes?”

Gamer motivations in China vs. US

“Gamers in China care more about competition and completion than gamers in the US. That provides high-level implications for design and finding out translation problems between the two cultures.”