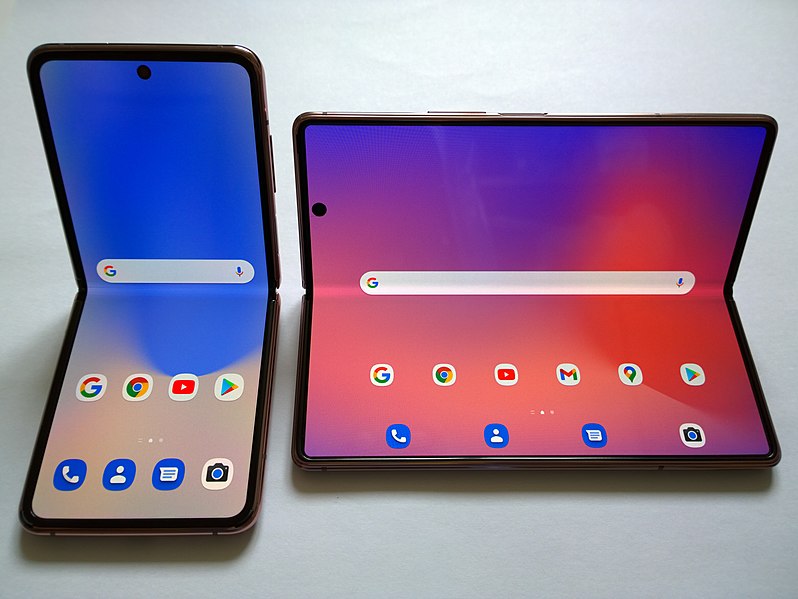 Foldable smartphones, which are smartphones with a folding dynamic, represent an opportunity to reinvent what on-device advertising can be for advertisers. Developed out of a desire to create the biggest screen that can still fit in your pocket, foldable phones are the latest trend in innovative technology. In fact, half of US consumers are either very (16%) or somewhat (34%) interested in buying a foldable phone as their next device according to CNET. Additionally, according to the same survey, 52% of Samsung owners are interested and 47% of iPhone owners are interested, which is a sizable portion of Apple users.

With hardware and software advances creating more advanced folds, foldable phones will only continue to evolve. As advertisers, these devices represent a valuable channel to reach a rich, growing demographic of users on prime real estate. Let’s face it, the future is folding.

Here are some reasons why foldable phones represent a major opportunity for your advertising strategy:

1. Take advantage of the screen design

Foldable phones are best known for their adjustable screen sizes, which allow for flexible usage as well as significant ad opportunities. The Samsung Galaxy Fold, for example, has a typical sized screen on one side and a camera on the other. When unfolded horizontally, the screen becomes the size of a tablet. The Galaxy Flip unfolded is the size of a traditional phone, but when folded vertically, becomes a square. So, what does this mean for your on-device advertising strategy?

First, it means new engaging ad creatives that leverage the unique folding format. For example, you could design ads that allow users to reveal more ad content as they fold or unfold their devices, like origami. Or you could offer options like, “unfold for more info” or “fold to see more.” This way, the fold becomes a tool to keep users engaged and entertained.

Second, you can design more detailed ad creatives due to the larger screen sizes - since you have more room to fill your ad with important information that will catch the users' attention. Ultimately, the content you would’ve had to separate into two ads on traditional phones can now fit into one ad on foldable phones - more bang for your buck! 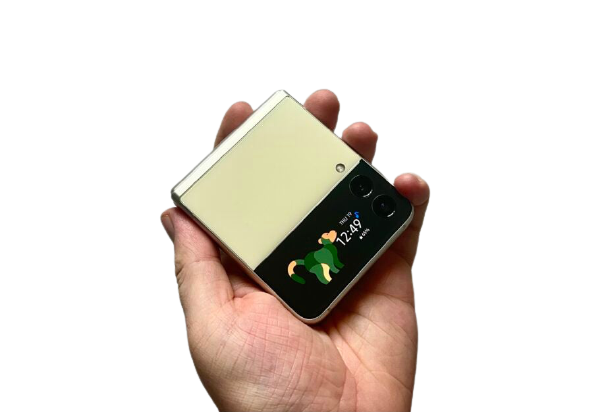 On top of the design of the phones, foldables represent a turning point in the mobile industry.

2. Meet users at the center point of their digital lives

The key to running a successful campaign is reaching users where they’re most engaged. With foldable phones changing the way we work and interact with our phones, making it easier to complete certain tasks that weren’t always optimized for mobile channels, consumers are going to start spending more time on these devices compared to others, representing a valuable opportunity for your on-device app advertising strategy.

Years ago, desktops became the center of our digital lives in terms of capabilities, replacing the TV and landline. To order an advertised product, consumers would have to call the number on the screen during a commercial. As the internet became more accessible and computers gained popularity, online ordering became the norm and computers were optimized for most day to day digital tasks.

Today, foldable phones are replacing the computer as the center point of our digital lives. These devices are able to adapt to fit users’ needs at any moment and entertainment and productivity capabilities are being optimized to work on foldables. For example, office and design products, such as Word and Adobe, work well on foldables because there’s more room to write and create. Further, while users once booked travel plans through desktops because of the bigger screen to see more booking options at once, users are able to see the same amount of options through foldable phones. Entertainment apps even have a leg up with foldables. For example, if you need subtitles when watching a video, users no longer have to worry about the words taking up the whole screen as they do on traditional phones.

With foldable phones allowing users to do more, advertising on foldables is a great way to reach a powerful set of users that are likely using their phones more than they ever have before. It’s also a valuable opportunity to show how your app will be optimized for these devices. For example, if you’re a music streaming app, you can advertise how you now offer a “karaoke” feature where users can read the lyrics on their foldable screens and sing along. After all, users will engage with your app differently on foldables compared to traditional phones, and it’s important to show how.

Even more so, the users on foldable phones, today, are incredibly valuable.

3. Reach the early adopters of the mobile industry

Any time a device enters the market, especially a new generation of devices, you can expect consumers to flock to the stores, intrigued and excited for what’s new and innovative. But foldables are still a fairly niche technology, meaning that the consumers purchasing foldables are early adopters with high tech awareness - the most influential demographic of users.

With 29% of users saying that the tech’s cool factor is driving their interest and 25% saying the uniqueness is a selling feature according to YouGovAmerica, it’s clear that foldable phone users are highly interested in the innovation and growth of the mobile industry. As early adopters, these users are optimists, overlooking challenges of being the first to jump into a new technology, and influencers, looking to share their reviews. This demographic also tends to have high disposable income, well-informed and are from higher social statuses, which means they have significant thought leadership.

Ultimately, the users on foldable phones, today, are incredibly excited to start using their new phones, discover new content, and download new apps. They’re also prepared to share their thoughts and reviews, which means you’ll will be in front of industry authorities and experts ready to talk about your app. For all you know, these early adopters may mention your app as the next big thing in their next Facebook post.

Meet foldable phone users directly on their devices with Aura

Foldable phones aren’t going anywhere any time soon, but there’s no better time to start advertising directly on these unique devices. After all, getting on foldable phones as soon as possible means you’ll be reaching the quality users, today, and master your strategy for the growing audience of the future. 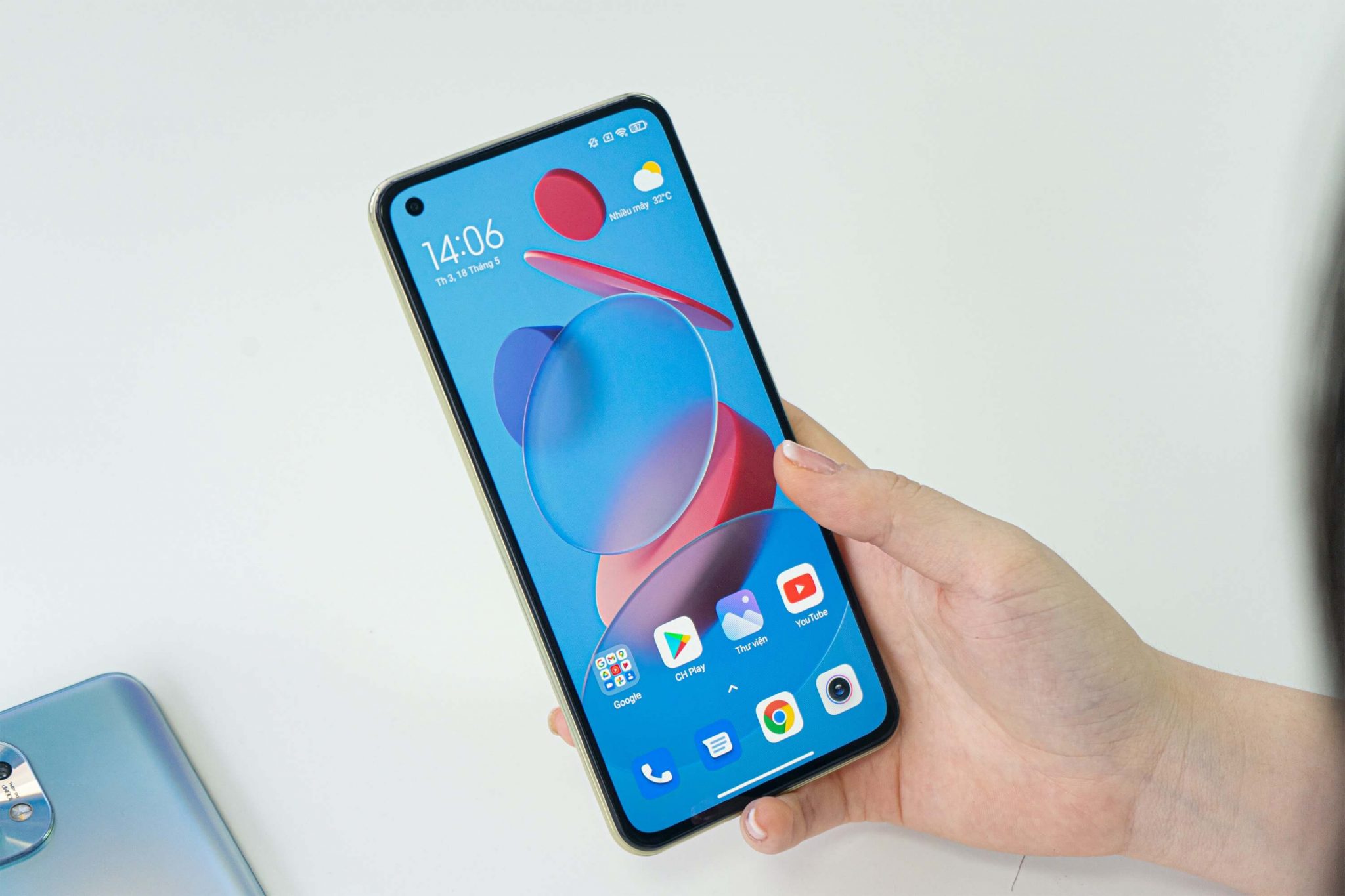