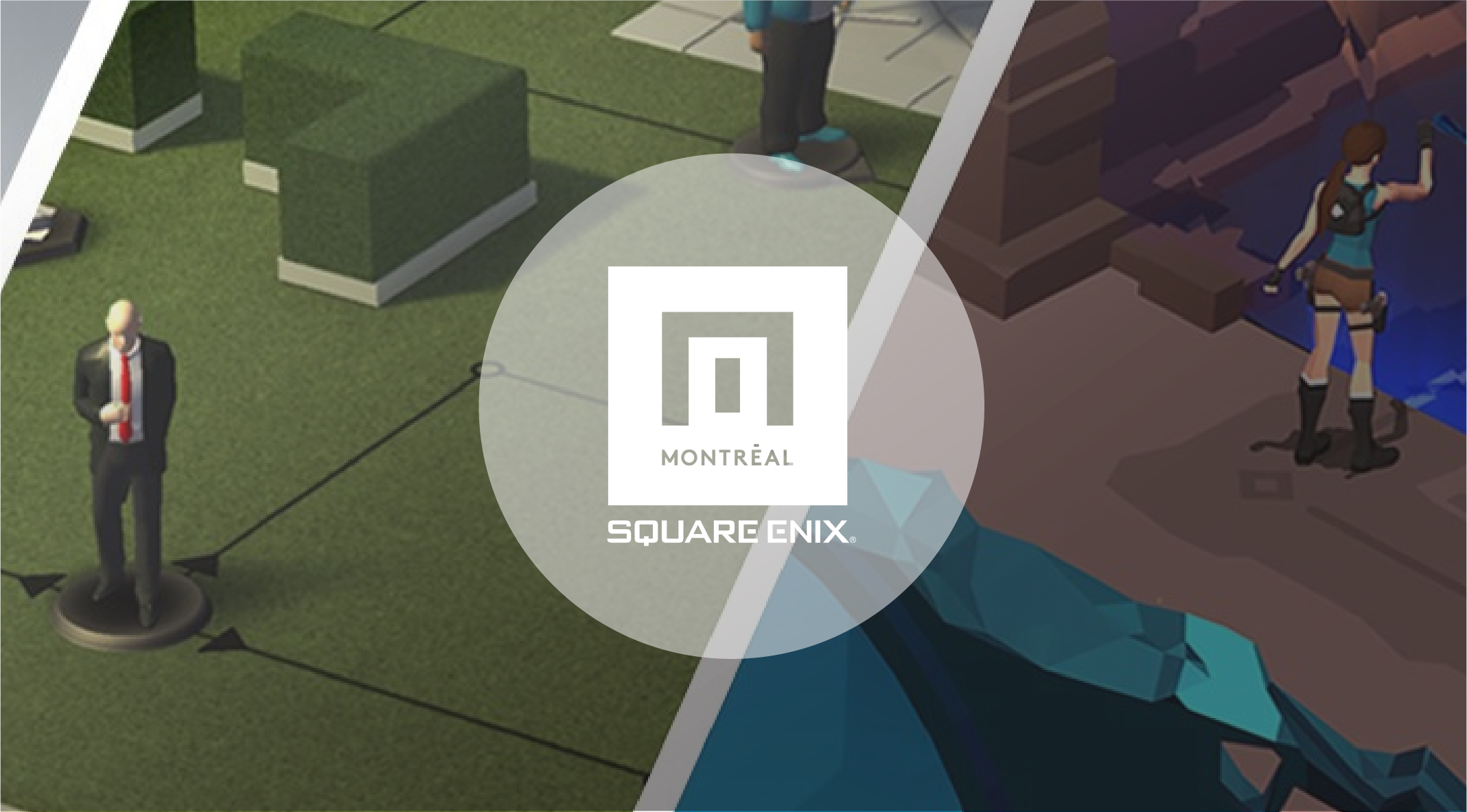 ironSource recently chatted with our friend Paula Neves, Product Manager at Square Enix Montreal, to pick her brain on the future of ad monetization, popular game industry trends, and tips for building a growth strategy from the ground up. Keep reading for a transcript of the conversation and more of Paula's insights.

Tell us about Square Enix Montreal and the games your company makes.

Paula Neves: "Square Enix Montreal, is a part of Square Enix West, with offices in London, LA, and Montreal. SEM is entirely dedicated to building high-quality mobile games. We’re better known for the GO franchises (Hitman Go, Lara Croft Go, Deus Ex Go) that won several awards, and also Hitman Sniper, but those are premium games. We’re now building our next generation of games, which will be free-to-play experiences. Currently, we’re in the process of making the games and will have a lot of upcoming releases next year."

You were previously Chief Mobile Officer at Gazeus. What’s your new role at Square Enix Montreal entail and how are you leveraging your previous experience?

PN: "I’m a Product Manager, responsible for two games currently in development. My background is entirely in User Acquisition and Product within the mobile industry. Square Enix Montreal believes that to successfully operate a F2P game, with constant liveops, events, etc, a PM should work hand in hand with the UA team and have strong knowledge of UA. Bridging the gap between UA and Product is exactly what I did previously, as CMO of Gazeus Games. That’s why I was invited to join Square Enix Montreal and take on this role.

Square Enix Montreal is a very creative-driven company. But now that we’re getting into free-to-play games, we need to coach people more on the business and data side of everything. That’s where I come in - bringing in the business acumen, what the market is doing, and benchmarking the competition.

For example, when building a daily task system for the game, instead of randomly picking tasks out of a predetermined pool, we might want to be more strategic. This is the moment where we can make and teach the users to do something we need them to do - like a Facebook Connect task, because we know that drives retention.

I have to really early on guide the teams towards thinking about user motivations and business goals. Some of the teams don’t have so much of that business mind all the time (and that’s ok!) so I’m teaching them that.

Now we’re reaching a cool point where certain production teams are coming to me and saying, ‘I wonder if the data could tell us this and that about how we should build this.’ They’re making me proud!"

What’s your advice for building a monetization strategy from scratch?

PN: "We’re at least 6 months away from starting to think about putting monetization in the game. But we’re already designing it. The first thing you need to do is design monetization really early on - when you’re designing your systems for the features. A lot of companies will design everything thinking around retention (which is true, there’s no point in monetization if you can’t retain first), but then they completely forget monetization. And then, down the line, you see your systems don’t really have pinches where you can put, let’s say, an in-app purchase.

Ideally, to have a healthy monetization strategy, you should do a hybrid model with IAPs, ads, and if applicable, subscriptions or battle pass. It depends on what sort of game you’re making and who your audience is. Let’s say you’re making a casual game - then ads might be a bigger chunk of your revenue, especially if you have very short game sessions. If you have longer game sessions, ads are not going to be so much of a main driver of revenue, since you won’t be able to get so many impressions.

You have to think about your different player types. Since they play differently, they’ll monetize differently. A system that’s going to play really well for you who’s going to play the game in a more casual manner, shouldn’t be the same system that will try and monetize someone who’s trying to collect everything that the game has to offer. If you do this right, it avoids cannibalization."

What metrics are most important to optimize for throughout the lifecycle of a game?

PN: "I have literally 30 dashboards! For example, in the first-time user experience dashboard, we not only look at the funnel of every onboarding step, but also how long each step takes and how long the entire tutorial takes. When we see a big outlier in the numbers - like a step that’s taking 300x more than the rest, we analyze that step separately and try to see whether there are players who are outliers and pushing the average up.

Depending on your data distribution, if you have more of a long-tail distribution, which is what usually happens in mobile games, a lot of times you have to look at the median and not the average. The average can be pretty misleading. We start deep diving into the issues to try to pinpoint - these guys are the outliers, they’re pushing the average up, the median is this, why are they pushing it up? Then we start looking at the path of events. This is a very particular use case when you're just starting out your game and want to learn how users are interacting with it.

When you have an ongoing, live game already, you have to look every day at the main metrics like DAU and revenue and daily new users. Then once you have monetization, you need to add a bunch of other KPIs, like the conversion rate of paying players. If you have ads you look at opt-in rate and completion rate per placement of rewarded video. With subscription, you would look at new subscribers and churn behavior - like how many months they usually subscribe for. You have the marketing metrics - mostly early-onset ROAS, which requires a predictive ROAS and LTV model. We’re counting on testing ironSource as a mediator which will help us with user-level ad revenue."

What’s next for monetization?

PN: "Battle pass is definitely something we’re looking at, like most companies are right now. Subscriptions bring in constant revenue that you can count on more, which offset the risk in your game. Battle pass is also a way to have that constant influx of cash you can count on, but it’s also really tied to retention. The more users play, the more they unlock the battle pass - that’s the basic premise.

Some time ago, the market shifted from subscriptions where players get a bunch of stuff every month to dropping stuff throughout the month. It has a better result since players would need to come back and they wouldn’t plow through what you gave them right at the beginning. That for me was the first step towards battle pass - the embryo of battle pass."

Where is ad monetization headed in 2020?

PN: "I remember when I started at Gazeus five years ago, no one cared about ad monetization. I was talking about it and saying we need to build models just for ad monetization and have UA products tailored for games that monetize via ads. People would look at me and say, ‘no, just use post-install events.’ But that doesn’t work for ad monetization.

Now companies are getting more sophisticated at that, mainly due to hyper-casual games becoming so huge. IAPs are still super important, and the basis of everything but the industry is asking “ what’s the next thing?” In the future, who knows, IAPs may become an afterthought, with companies putting so much emphasis looking after their battle passes that they won’t put as much care into IAPs. I hope that’s not the case. It’ll break the systems."