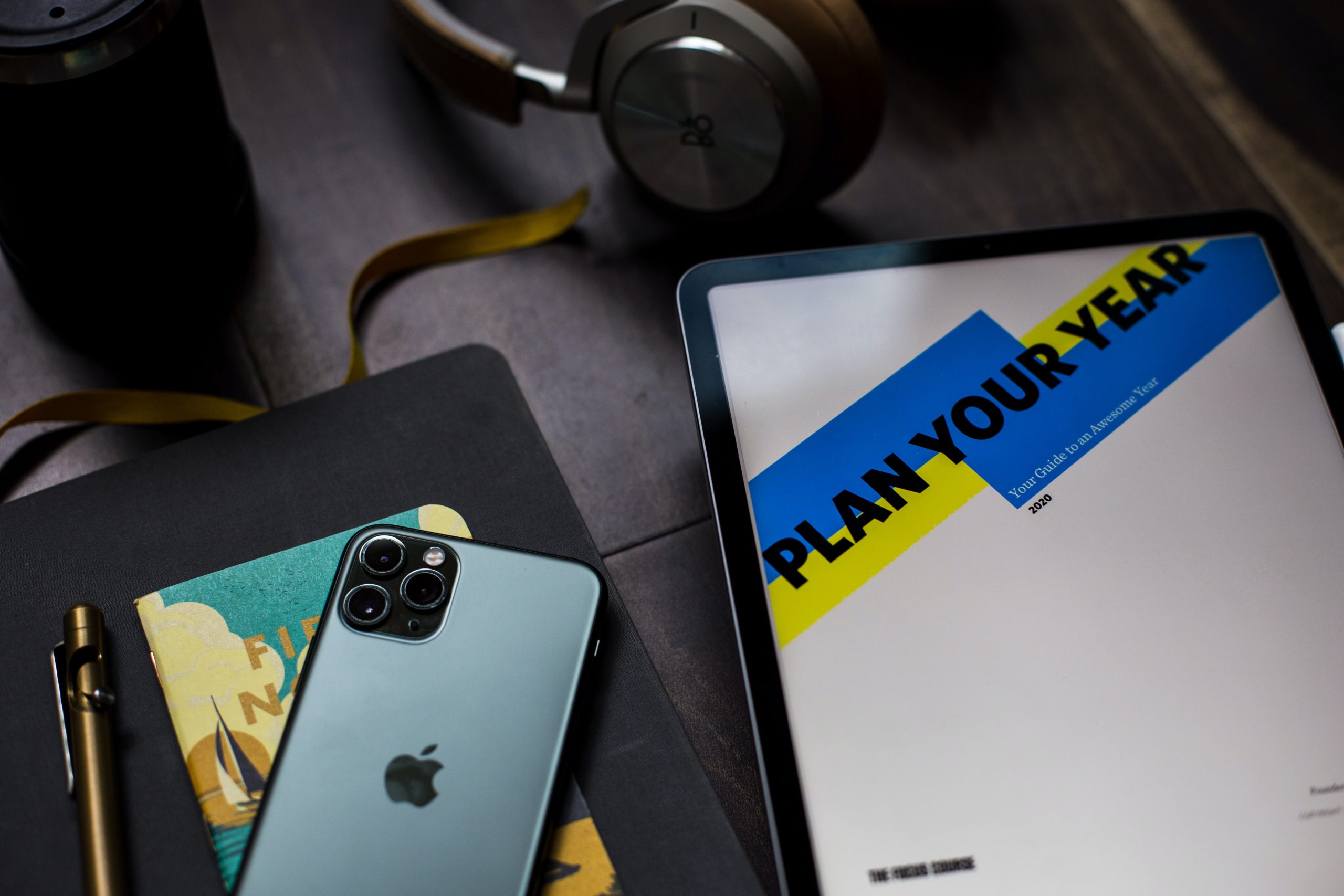 With over 3.5 billion mobile devices in use, and 2.6 million apps on Google Play and 1.9 million apps on the App Store, the role of mobile phones in our daily lives continues to grow. At the same time, CPIs are rising, as advertisers operate in a highly competitive space. The market has always been fast moving, but the impact of Covid-19 has made it all the more important for marketers to stay on top of trends and act proactively to capitalize on opportunities. Below, we dive into the current state of the mobile app market and trends to watch in 2021, in addition to explaining how to crack a winning user acquisition strategy for your mobile app.

According to advertising software firm PubMatic, mobile usage has risen by 10% during Coronavirus, with gaming, food delivery, and video streaming apps spearheading the growth. An outcome of this rise in usage was a surge in cellular data consumption on smartphones, with users going through 75% more data in March 2020 compared to 2019. Mobile has shown itself to be a highly resilient market amidst the global pandemic.

In 2019, consumer spending on mobile apps across the Apple App Store and Google Play is estimated to have reached $83.5 billion globally, which marks a 17% increase from the $71.3 billion generated in 2018.

Apple's App Store saw a record $54.2 billion spent by users in 2019, a 16.3% YoY growth. This dwarfs the sum generated by Google Play, where users spent $29.3 billion during the same period. It's not all bad for Google Play, though: despite their users spending less, they actually saw better YoY revenue growth than Apple, at 18.1%.

Record breaking figures were seen in first-time app installs, which totalled 114.9 billion across both platforms, marking a 9.1% increase from 2018.

Consumer spending might have been stronger for Apple, but when it came to new installs, Google is by far the winner with 84.3 billion installs in 2019 versus Apple's 30.6 billion. Moreover, Google Play's YoY growth for new app installs (11.4%) was stronger than Apple's (3.4%).

So what kind of non-gaming apps are people downloading most? The leading category for iOS was Photo and Video apps with 2.3 billion downloads, while on Google Play the Tools category was most popular, with 5.7 billion downloads.

Latest research from IDC (International Data Committee) confirms a strong start for the global 5G smartphone market in Q1 2020. In the US and Australia, 5G phones crossed the threshold of 10% of the smartphone market. Particularly impressive, though, was China, where shipments more than doubled over the previous quarter to reach 14.5 million, almost a quarter of all smartphones. On the other hand, in South Korea, the first market to really turn to 5G, numbers weakened. In Europe as well they were modest.

IDC believes that shipment of 5G phones in China will remain strong for the rest of the year and account for around three fifths of total 5G global shipments in 2020. (America will be the second strongest market, with about one-sixth).

5G will have a significant impact on mobile advertising. First it will reduce latency, meaning buffering and page load times will be considerably shorter for users, improving the overall ad experience, and encouraging a rise in video ad consumption. This, in addition to the high speed of data processing afforded by 5G, will help advertisers boost engagement for their campaigns with new creative concepts, such as interactive and augmented reality ads.

Mobile app security remains an important area, as Google Play and third party app stores alike continue to demonstrate their vulnerability to fraudsters and malware. In April 2020, it was revealed that 20 million users of Aptoide, a popular third-party app store, had their personal data hacked. The data, which was leaked on a hacking forum, includes personally identifiable information of users who signed up to Aptoide between July 2016 and January 2018, including email address, real name, hashed password, sign-up date, IP address, and device details.

Also in 2020, security researchers from Russian firm Kaspersky exposed a hacking campaign on Google’s Play Store that they called PhantomLance, in which hundreds of users from Vietnam, Bangladesh, Indonesia, and India were targeted with hidden data-stealing malware in shady apps.

For mobile apps, investing in robust security infrastructure is important not only for protecting the data of their users but also their brand integrity. After all, if an app experiences a major security breach from hackers, it could have a detrimental impact on their business going forward.

Ad fraud also continues to be a big issue. According to Juniper Research, an estimated $42 billion of ad spend landed in the pockets of fraudsters in 2019, with Click Injection and Click Spam the dominant methods they use. That is money mobile advertisers are wasting - in 2020 it should be a priority for apps to protect themselves from more dollars wasted. Working with fraud prevention companies like Adjust and Appsflyer is one way to do this.

115 billion: Google Play and the App Store reached 115 billion downloads for apps globally in 2019, marking a 9% YoY increase (Sensor Tower). This figure does not include the millions of app downloads hosted on third-party stores.

13.8%: Facebook's share of global ad investment, based on WARC's data.

How to develop a user acquisition strategy for apps

An ideal user acquisition strategy is one that helps create a virtuous cycle of growth between UA and monetization, so advertisers can continue bidding on high-value sources and generating revenue. We call this the growth loop. Here’s how you can implement it in your app’s UA strategy.

Soft launching is the rehearsal of an ad campaign before a global launch. The goal is to find out what works and what doesn’t, in terms of demographics and channels, by testing on a restricted audience. The key is to A/B test, for instance running two campaigns that target different geos or age demographics; or two different ad placements, for example during the setup wizard of a new device versus a notification at a certain point in the device’s lifecycle.

Once you get a picture of what works best in terms of CPIs and other KPIs like retention and session length, you can begin to optimize the campaign ahead of global launch, for instance tinkering with the copy and brand messaging.

Now is the time to launch your campaign to the world. The two biggest channels are Facebook and Google, so to widen your net you should definitely use them. Another channel to use are mobile delivery platforms like Aura, which provide the tech capabilities for advertisers to seamlessly integrate their ads directly into the user’s mobile device. The value of this channel is the long-term LTV of acquired users, and for the ability for advertisers to stand out from the crowd - traditional channels are highly saturated in terms of ads.

Did the campaign meet your app performance marketing objectives, such as retention rates, CPIs, and first purchase? If it did, it would be wise to double down on the bid in future campaigns in order to increase the scale of these high quality users installing your app. If the campaign fell short, analyze the data and use the findings to inform how you tinker with the ad.

Automation: Increasing automation of user acquisition means it’s survival of the smartest, not necessarily the fittest. Leveraging automation tools that optimize UA performance, doing the heavy lifting using algorithms, will be key to mobile apps surviving and thriving in 2021.

Diversifying the basket: With the ever saturated, walled-gardens of Facebook and Google, mobile advertisers will increasingly look for alternatives to get ahead of competition. One such alternative are mobile delivery platforms, like ironSource Aura. Connecting mobile advertisers with device manufacturers and carriers, these platforms allow UA managers to reach users at high-intent moments directly through their device, with a range of impactful placements throughout the mobile device’s lifecycle.

Content personalization: Context-based marketing will be key in 2021: the appetite for tailored content is at an all time high. A report by Adobe found that 42% of respondents feel annoyed when they do not receive personalized content from app marketers. Marketing automation will be used across the industry to help pinpoint users, so creativity will be the lever marketers will need to leverage to get ahead of competition.