Breaking down how different generations interact with their devices 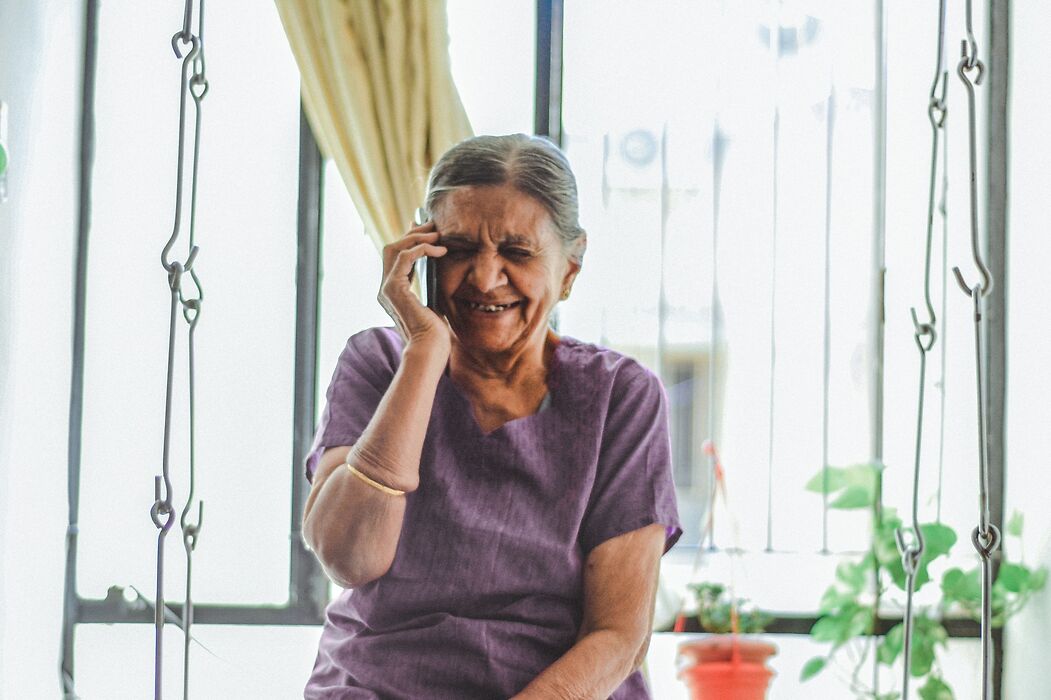 With 6.7 billion devices connected globally, and smartphone usage having successfully penetrated every demographic segment, advertising directly on devices through OEM and carrier partnerships is not one size fits all. That’s because different users are going to engage and interact with their devices in different ways - a 70-year-old is not going to react to advertising the same way a 24-year-old will.

It’s interesting to go deeper into the generational gaps between how different age groups interact with their devices as well as the apps they are inclined to engage with. Let’s break down three generations, and how they interact with their phones and apps so you can better format your on-device advertising strategy to reach your audience.

Baby Boomers are known for being the least familiar with technology, but their time spent in apps has gone up 30% according to TechCrunch*, meaning they are active on their smartphones but not at an advanced level. That said, as an advertiser, reaching these users early on in the device lifecycle when they’re already focused on set up is a valuable way to engage this audience.

Because they have less experience downloading apps, they’re less likely to frequent the app store, so meeting them early is the best way to get in front of these users. Ultimately, they are extra cautious about their new phones - only 26% of Baby Boomers say they are very confident using electronic devices to go online according to Herosmyth* - which means they’re going to spend time carefully selecting apps that matter to them and change out an app that is already downloaded. But, what apps actually matter to this generation?

According to App Annie*, Baby Boomers are likely to use productivity and local news apps more than social or photo sharing apps. Being new to technology, they are more inclined to download apps that will make their lives easier rather than apps they have to keep up with and maintain.

Though reaching users early is always beneficial to your UA strategy (95% of all users download 40% of the apps they will install during the first 48 hours of device purchase) , Baby Boomers are the most likely to download apps early in the device lifecycle. Considering they want apps that will simplify their lives, Baby Boomers don’t want to wait to have these tools accessible on their devices.

Over half of millennials say they use 3-5 apps a day according to Interop*, making them incredibly active on apps compared to other generations. Because of this reliance, millennials are constantly discovering new apps to download throughout the lifecycle of the device.

Millennials were the first generation to make smartphone usage a mass phenomenon, which means downloading apps is a relatively calm and fun experience. On top of that, they are the most diverse in terms of lifestyle according to Marketing Dive*, and their app choices reflect that diversity - they are active across a range of different app categories. Ultimately, millennials are constantly looking for new relevant apps to add to their collection.

As a whole, Millennials use social networking apps the most - 80% use these channels according to Marketing Dive* - followed by music streaming, games, and communication. In contrast to Baby Boomers, Millennials don’t use many weather or search apps. Millennials use apps for a range of wide range purposes and don’t limit themselves to a single category.

When it comes to Millennials, it’s important to show them apps that will matter to them, especially considering users only open 18 of the average 40 apps on their phones. You should be actively reaching this audience throughout the device lifecycle at contextual touchpoints, such as notifications and device updates. If millennials can engage with a message tailored just for them about an app relevant to them at the right time, they’re likely to open and use that app more often.

Generation Z are highly concerned with staying connected and informed, and a fear of missing out (FOMO) keeps them unlocking their phones nearly 80 times a day, according to Statista*. Staying up to date through their devices is a huge part of young people’s lives, which is why this generation loves notifications.

Generation Z doesn’t know a world without notifications, let alone smartphones - the first iOS and Android notifications were only released in 2009. They are often referred to as the iGeneration, Net Gen, or Digital Natives because they are the most tech savvy age group. That in mind, as Baby Boomers learn about the world through print newspapers and 24 hour news channels, Gen Z thrives off of notifications to stay up to date on what is new and noteworthy. With a “ding” feeling like oxygen to Gen Z, this group sees the physical and digital world as one in the same.

When it comes to apps, Gen Z has successfully replaced the TV with visual social platforms, such as Snapchat, TikTok, and YouTube. According to Marketing Dive*, 75% of Gen Z consider Snapchat to be the place to stay connected and 71% use YouTube for long-form video content. In fact, Gen Z watches 68 videos per day on average, according to Geo Marketing*. As an advertiser, it’s important to note that because Gen Z is impressively informed about the world and brands, this group is more likely than others to turn to apps that create unique video content catered to them.

Smartphones are the third arm to Gen Z and notifications are their primary connection to communicating, sharing and learning. Users receive over 60 notifications a day according to the Traffic Company, and it is likely that Gen Z is already on their phones watching videos when this notification arrives. That said, on-device notifications are a great way to reach this audience and share information about your app.

Different generations are undoubtedly going to interact differently with their devices. With everyone owning smartphones in today’s world, it’s valuable to be aware of the generational gaps when advertising directly on mobile devices. At the end of the day, it’s essential to know your audience, test the theories above, and iterate your copy and campaigns to match the generation you are trying to reach.

Please note that ironSource is not responsible for the information, content or product(s) found on third party web sites.