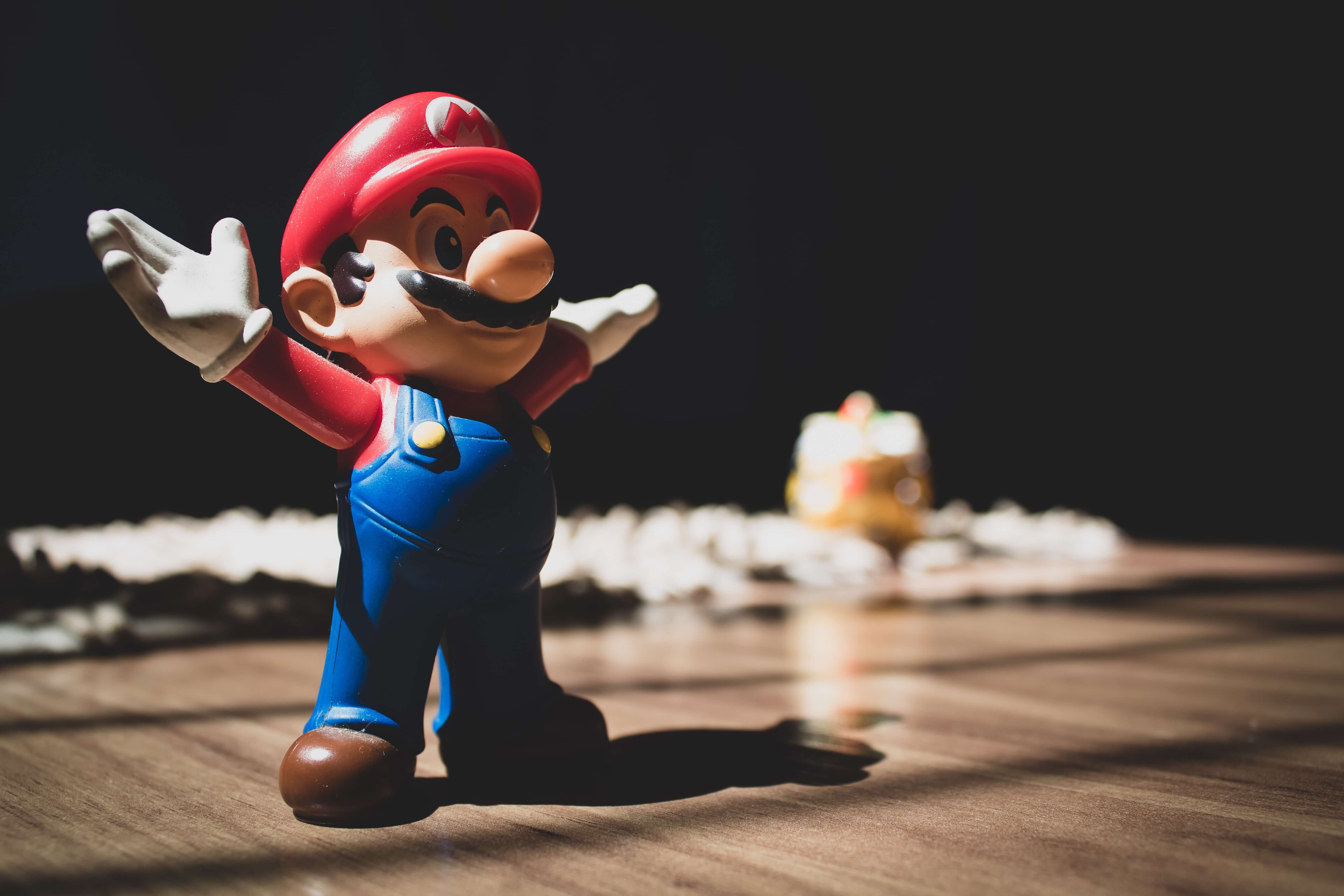 By December 16, the Nintendo game jumped to the top of the charts, becoming the top downloaded app in 80 countries and the top grossing app in 30, according to Sensor Tower. It beat out Pokemon Go’s launch day by a landslide -- or by ten times the amount of first day downloads to be exact. Of course, much of that can be attributed to the pre-registration campaign Nintendo ran with the App Store. Pokemon Go didn’t enjoy the same sort of attention right off the bat.

Still, the big story isn’t about Super Mario Run’s launch day success. It’s about the $9.99 price wall that pops up after Level 3. Naturally, many users were shocked and upset to see Nintendo asking them to shell out $10 after such a short period of gameplay.

But before we judge, let’s take a look and see what we can learn from the gaming giant’s choices with launching and marketing this game.

In September, three months ahead of Super Mario Run’s launch date, Apple created a new feature just for Nintendo: pre-registration. Super Mario Run was featured just like any other app on the App Store. But instead of being able to install right away, you had to opt to get a push notification that would tell you to install the app on launch day.

This is a first for iOS. Google Play has had pre-registration since May 2015, when it was used for Terminator Genisys: Revolution.

It’s genius marketing -- letting users broil for three months in anticipation is a surefire way to guarantee loyalty after launch day. It builds tension and mystery, which are key to maximizing pre-release hype, and it also makes all those early-adopters feel like they are part of an elite group of those ‘in-the-know.’

Clearly, it paid off. In the first month of the campaign, Super Mario Run racked up over 20M pre-registrations. That soon turned into 25M downloads, which Nintendo accomplished in 4 days. This is compared to 11 days for Pokemon Go and 12 for Clash Royale.

App developers going forward should keep this pre-launch strategy in mind. It’s never too early to start marketing your app. Pre-registration might not be available for all apps yet, but Google’s Open Beta and Early Access programs are a nice alternative.

2. The issue of app piracy

Shigeru Miyamoto, the Nintendo game designer who created Super Mario in 1981, explained in an interview with Mashable that iOS’s tightened security is what compelled him to launch on iOS. He elaborated, “we want to make sure that we're able to offer it to them in a way that the software is secure, and that they're able to play it in a stable environment.”

In contrast to Android’s open operating system, which makes it easier for hackers to pirate and cheat, the closed iOS environment is much safer for app developers. Apps on Android are pirated nearly 14x more than apps available on iOS.

Mashable: Just to be clear: When you say "security," you mean the risk of piracy, right?

Miyamoto: “That's correct. Unlike our dedicated game devices, the game is not releasing in a limited number of countries. We're launching in 150 countries and each of those countries has different network environments and things like that. So it was important for us to be able to have it secure for all users.”

Moving forward, we can expect app piracy to become more of a motivator in app developers’ decisions to launch on iOS rather than Android.  In addition to damaging game popularity, app piracy and false data can fool an app developer into thinking they are making more revenue than they actually are - which obviously has far reaching implications for their app business success.

Now, for the elephant in the room: the $9.99 price point that has a huge chunk of fans in a fury. Super Mario Run is a free to play (F2P) app, meaning it’s free to download but premium features might be price walled. In Super Mario Run, the price wall comes after Level 3, asking users to pay a one-time fee of $9.99 to purchase all six worlds.

The initial reaction was harsh, to say the least. Nintendo’s stock fell more than 16% following the launch. Mobile users have gotten used to an in-app payment model in which they are only expected to pay small amounts for different premium features, and the $9.99 price tag felt unjustifiable to them.

Yet, with all the one star reviews and all the complaining, Super Mario Run still managed to make $5M in under 24 hours.

On one hand, analysts are wondering if the high price point will hurt the app’s momentum.  On the other hand, some, like Sensor Tower co-founder Oliver Yeh, weren’t shocked by the high price point, writing Polygon in an email that “it’s in line with what we were expecting, based on historic pricing trends of the company's games around a high perceived value.”

Do it for the kids

In the same Mashable interview mentioned above, Miyamoto also said that having a one-time fee was important for family-friendliness, since most of the game’s audience will be young children playing on their parents’ phones. After the FTC-Apple fiasco in 2014, in which Apple agreed to pay $32.5M to parents whose children made unauthorized IAPs, the App Store has been sure to tread lightly around children, promoting apps with kid-friendly billing services.

What’s more, a November 2013 survey commissioned by PBS KIDS says that 68% of parents in the US already had or intended to purchase apps for their children ages 2 to 10. Clearly, children are a lucrative audience for app developers, and parents are more likely to be willing to pay a one-time fee as opposed to having to enable multiple, smaller in-app purchases.

It’s also worth noting that iOS users are known for spending 2.5x more money in-app than Android users. They’re also 50% more likely to start making IAPs in the first place. The percentage shoots up even further when you consider users who purchase paid apps -- who according to AppsFlyer, spend 20x more in-app than users who install F2P apps. Since Nintendo chose to launch on iOS first, this might be another reason why Nintendo justified the high pay point.

According to Survey Monkey Intelligence, pay-to-download apps (like Minecraft) are still the most lucrative revenue driver, responsible for about 60% of all app revenue. Although Super Mario Run isn’t technically a paid app, the early game paywall serves a similar purpose. Therefore, it’s not too farfetched that Nintendo wanted to minimize risk by setting up a paywall. At least this way, Nintendo doesn’t have to rely on the 2-3% of users who may or may not make small IAPs. Instead, they can know more or less how much revenue they’ll be making up front.

Key takeaway: experimentation and A/B testing is a must

Whatever the case, the important takeaway is that Nintendo dared to experiment with their pricing. And who knows, they might even offer a price discount after the holidays, or  decrease the price point on Android.

In a survey conducted by ironSource, we found that 33% of app developers found setting prices to be the most challenging part of monetization. In situations like this, A/B testing is key. If you find that after a while a certain price point is hurting your bottom line, lower the price. Play around with price points until you find the one that brings out the highest engagement, retention, and revenue.  This goes for both paid apps and apps offering IAPs.

That brings us to our next point. Let’s give Nintendo a bit of credit. Just because it’s their first dive into mobile doesn’t mean they’re completely clueless. We can assume that revenue wasn’t the main goal of launching Super Mario Run.

Patrick Walker, the VP of Insights at EEDAR, told GamesIndustry.biz that Nintendo is likely “focused on increasing overall Nintendo brand equity and buzz before the launch of Switch [the upcoming handheld video game console built by Nintendo rather than revenue generation. The real prize for Nintendo is a successful Switch launch, and what better way to increase Nintendo brand awareness than get Mario on as many smartphones as possible.”

Super Mario Run is Nintendo’s first attempt at mobile, and brand awareness is critical for building the foundation of a mobile empire. App developers seeking to build a brand around their games (ie, Angry Birds, Clash of Clans...) have to be satisfied with knowing that their first break might not be their big break. Establishing a base, working out all the kinks, seeing what’s successful and what’s not, is key. Being able to do all that while driving a huge amount of publicity should be considered a win.