The what, why, and how of the game economy 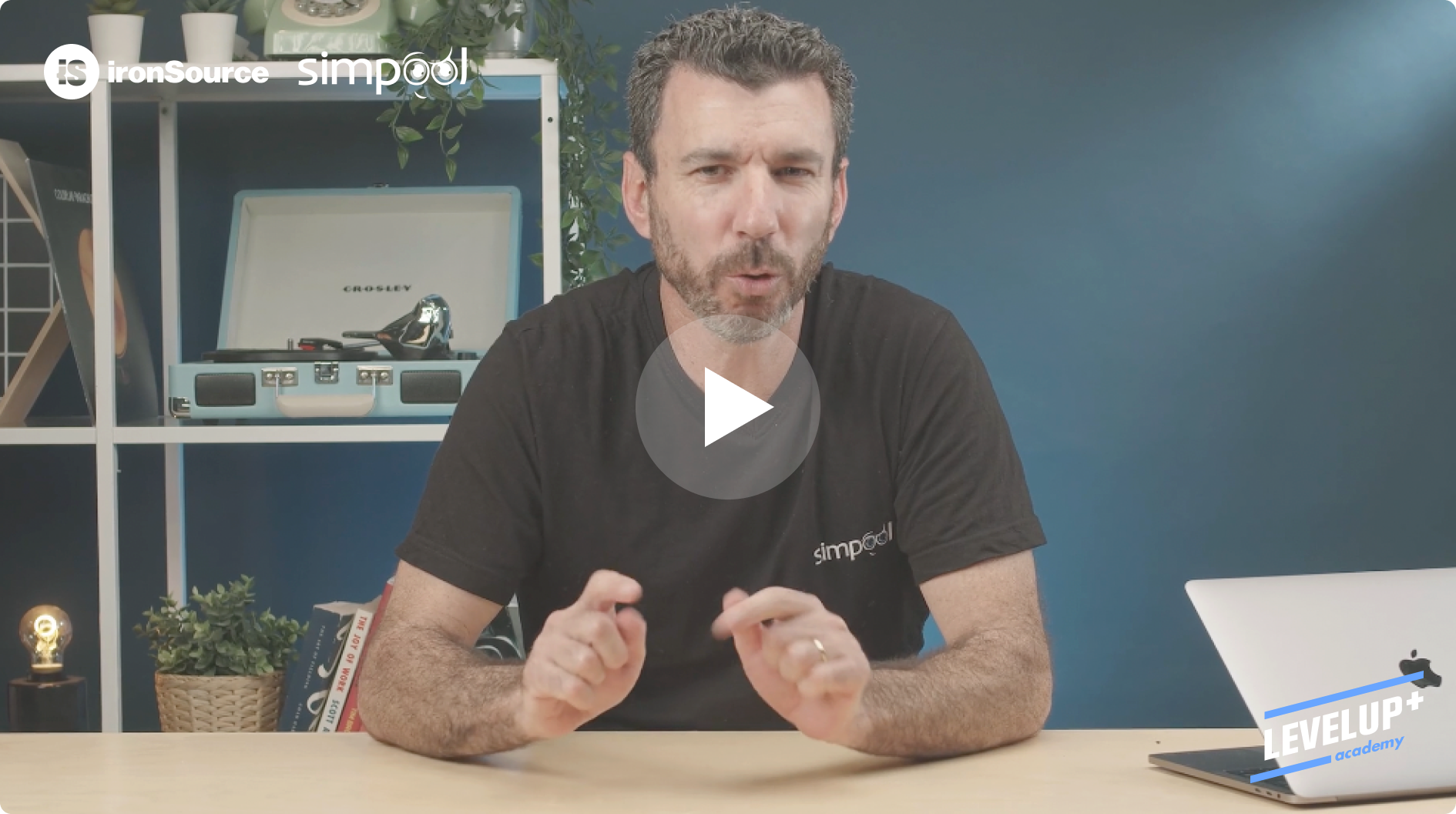 The what, why, and how of the game economy

Join Guy Bar Sade, CEO at Simpool, and explore the ins and outs of a game economy, including how to set up your own to boost retention and revenue.

Hey, I’m Guy, CEO of Simpool, here to take you through the next episode in our series about the game economy. In the last episode, we set the stage by talking about the core game loop. What’s that? It’s the set of experiences that users repeat in a game again and again. The goal of the loop is to retain users and monetize them for longer. And this is where the game economy comes in.

So over the course of this session, we’re diving into what a game economy is, why it matters for your game, how to set it up, and…how to optimize it.

Let’s start with a basic definition.

Technically, a game economy is the mathematical representation of features within a game. Buttttt – let’s zoom out for a second here. Every game is made up of three elements: sound, visuals, and mathematics. The first two are pretty self-explanatory, right? We’re all familiar with the sounds in a game and what it looks like. The math part, though, isn’t so obvious. And that’s what we’re talking about here. These mathematical elements in a game make up the economy.

Think of a racing game. It has a bunch of elements that come together to determine how likely users are to win the race. These include the length of the race, the car that’s racing, its maximum speed, average speed, the number of participants in the race, and their skill levels. They also affect the average currency users need to spend to win.

Once you’ve got your economy up and running, it can boost a few different parts of your game. Let’s check out what these are.

The parts of a game economy

There are 4 key parts of a game that the economy can support: progression, resources, the core game loop, and monetization. Let’s start with progression.

What is progression exactly? The obvious part is that it’s how users get through the game. But in the context we’re talking about, progression is about how difficult it is to win. As users invest time – and in some cases, money – to advance, you should reward them. This way, they retain for longer.

Sure, users can feel satisfied or accomplished by winning a level or hitting a jackpot. But the best way to make sure they keep coming back is to strike that balance between satisfaction and frustration. These emotions are super strong psychological motivators that have a direct effect on how users play. And your economy can help achieve this sweet spot. You can identify critical points in your game where users are too frustrated. Offering them resources or free currency helps them pass this choke point. Or you can reward users in moments they’re doing well so they feel even more skilled and satisfied. In both ways, the economy supports the key goal: keep users playing.

Let’s go back to our racing game example. You start by playing with a pickup truck, and every race uses 100 liters of fuel. If you win the race, you add 120 liters of fuel to your fuel box. If you lose, you gain only 50 liters. As you keep progressing, the races get harder to win in your pickup truck. You’re slower than the other cars and as a result, you’re not winning any fuel. So your fuel box supply is also decreasing. If you don’t win a race soon, you’ll be out of fuel and can’t keep playing. Looks like you’ll have to stop playing, right? Well, not so fast. You see an option to upgrade your car to a convertible using some diamonds as currency. So you convert fuel into diamonds and buy the upgrade. Now your probability of winning is as high as when you first started playing the game because you’re in a faster car. So this is the loop: race, win fuel, buy diamonds, upgrade your car – and so on and so forth.

Look at your KPIs to find the sweet spot of giving just the right amount of resources to keep users engaged – that’s where the math comes in. It can also help you define the best exchange rate – in this case, exchanging fuel for diamonds. You don’t want users to have too few resources that they’ll get frustrated and quit. But you also don’t want to give them so many that the game feels too easy. This takes us right into our next point about resources and the game economy.

Resources support a game’s KPIs in two major ways. The first? Retention. You can encourage users to keep logging in to your game by offering all kinds of free goodies. Make sure they support your game loop, though. Bonuses should be aligned with player expectations and how they play. Flash back to our racing game. Here, players expect to progress and sometimes encounter a challenge. But giving users too many bonuses means they won’t ever get to that ‘near miss’ point. Which means, they’ll never get to feel the satisfaction of overcoming this obstacle. On the other hand, not giving them enough bonuses can make users feel too frustrated and they might churn.

Resources also support engagement. Bonuses are strict mechanisms which compensate users for their effort. This effort can be measured in time or actions – they earn a reward after a certain duration or after completing something in the game. Either way, they’re encouraged to keep playing after logging in. When deciding what reward to give users, you need to consider two points. The first is that the resource should create a positive emotion that makes users feel like they’re winning something. But you also need to consider the economy by making sure you’re giving a reasonable reward. This goes back to where we talked about progression. Too many resources could hurt your monetization. Too little and they won’t feel encouraged to keep playing.

The third part of a game supported by the economy is the game loop. We talked about the core game loop extensively in a previous episode, so we won’t go into too much detail here. To recap, the loop is the set of repeated actions the user experiences in a game. And how does it relate to the game economy? The economy supports the core game loop and keeps users playing. Giving users an upgrade – whether it’s free or paid – is one example of the economy in action supporting the game loop.

The final piece of the game economy we’ll talk about today is how it supports monetization. Basically, it’s where need and opportunity meet. What we mean is that the game loop should create the need, and the monetization strategy should present the opportunity.

Alright one more time, back to that racing game. We mentioned that you can upgrade your car by trading fuel for diamonds. The need here is upgrading your car so it has a better chance of winning the race. Now let’s say that in order to get more fuel, you can watch a rewarded video. Or you can buy 50 liters for 1 dollar. Both of these options are the opportunities that support a monetization strategy.

The resources that support the game economy represent opportunities for monetization. You can put these rewards behind a paywall, design an in-game store, or offer them after rewarded videos. Find the right strategy that works for your game. Remember the goal here is to encourage users to keep playing and drive more revenue.

So now we see how the economy affects each part of your game. Next, how do you start building a game economy?

One of the basics to keep in mind when structuring an economy is understanding that one size doesn’t fit all. Players can and should be segmented based on their gaming and payment habits.

Then when you’re ready to start building, open an Excel sheet. Yeah, it’s pretty simple, but this is the best format to start building out a configuration and keeping track of different versions as you build out the economy.

Take a look at the example here.

And now that you’ve built a system for configuring your game economy and tracking new versions, the next step is to optimize it.

As I mentioned earlier, users aren’t all the same. They behave differently in your game and it’s up to you to find the right balance of resources that keeps them playing. That comes down to running different scenarios in your game. Then you can see which variations to the economy make the biggest impact for each type of user.

Traditionally, A/B testing was the go-to way to try new iterations. But, this approach forces you to run many tests. And, you need to have a large enough volume of users to confirm the results are accurate. If your game was launched pretty recently and your UA is just starting to scale, running a lot of A/B tests with enough new users is going to be pretty difficult.

A platform like Simpool lets you run an unlimited number of game economy scenarios and predict the outcomes automatically. This is essentially a data sandbox that makes optimizing your game economy faster, easier, and at the end of the day less risky. Try running tests like changing the signup bonus, level difficulty, and shop configuration.

Let’s say you want to know if increasing a sign-up bonus for your game will increase retention. With a traditional A/B test, you need to decide a specific number of variations to test. Already, you’re going to be limited to just a few options so you can find the winner quickly. If your control variant is 50 liters, then you could test bonuses of 65, 70, and 75 liters. Doing each of these tests requires time and resources. And the results you get won’t always be significant. You’re also missing out on tons of opportunities for other bonus structures. That’s where a simulation platform comes in. It can do these calculations for you automatically with hundreds more variants. This way you can be sure you’re not missing out on a scenario that could maximize retention and revenue.

That brings us to the end of this episode. We’ve discussed the game economy in detail and how it supports your game’s performance across gameplay and monetization. We also talked about how to configure and optimize your own economy.

In the next episode, we’re talking about data. It’s the last episode in the series, so don’t miss out as we bring all the pieces of the puzzle together. We’ll explore how to prioritize the right KPIs that support your game economy and your app business as a whole. See you next time!

How to balance your mobile game economy with Guy Bar Sade

How to balance your mobile game economy