Users can make in-game purchases within apps to buy virtual goods, like in-game currency, upgrades, or new levels and features. Developers use in-game purchases as a monetization strategy for maximizing app revenue and increasing the time players spend in their game. As users make purchases that enhance the gameplay experience, they are more likely to keep playing and retain for longer. 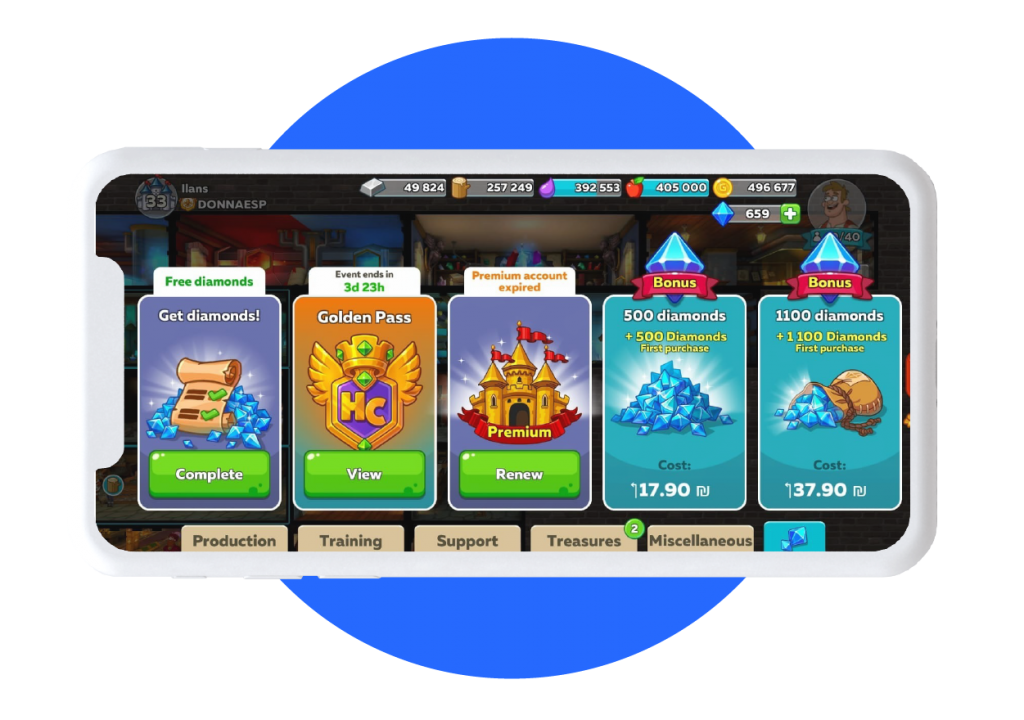 On Android, in-game purchases are separated into subscriptions and one-time purchases. Developers can use other ad units - like rewarded video - to encourage users to increase their spend.

To find users that drive the most value and make the most in-game purchases, a best practice is to segment your users. You can also A/B test the impact of in-game purchases on Android on your monetization strategy, and use tools like this to optimize performance.

iOS users spend 2.5X more on in-game purchases than Android. This could be because iOS devices tend to be higher-quality than Android - users are likely to spend more in their apps.