How to find a new game concept 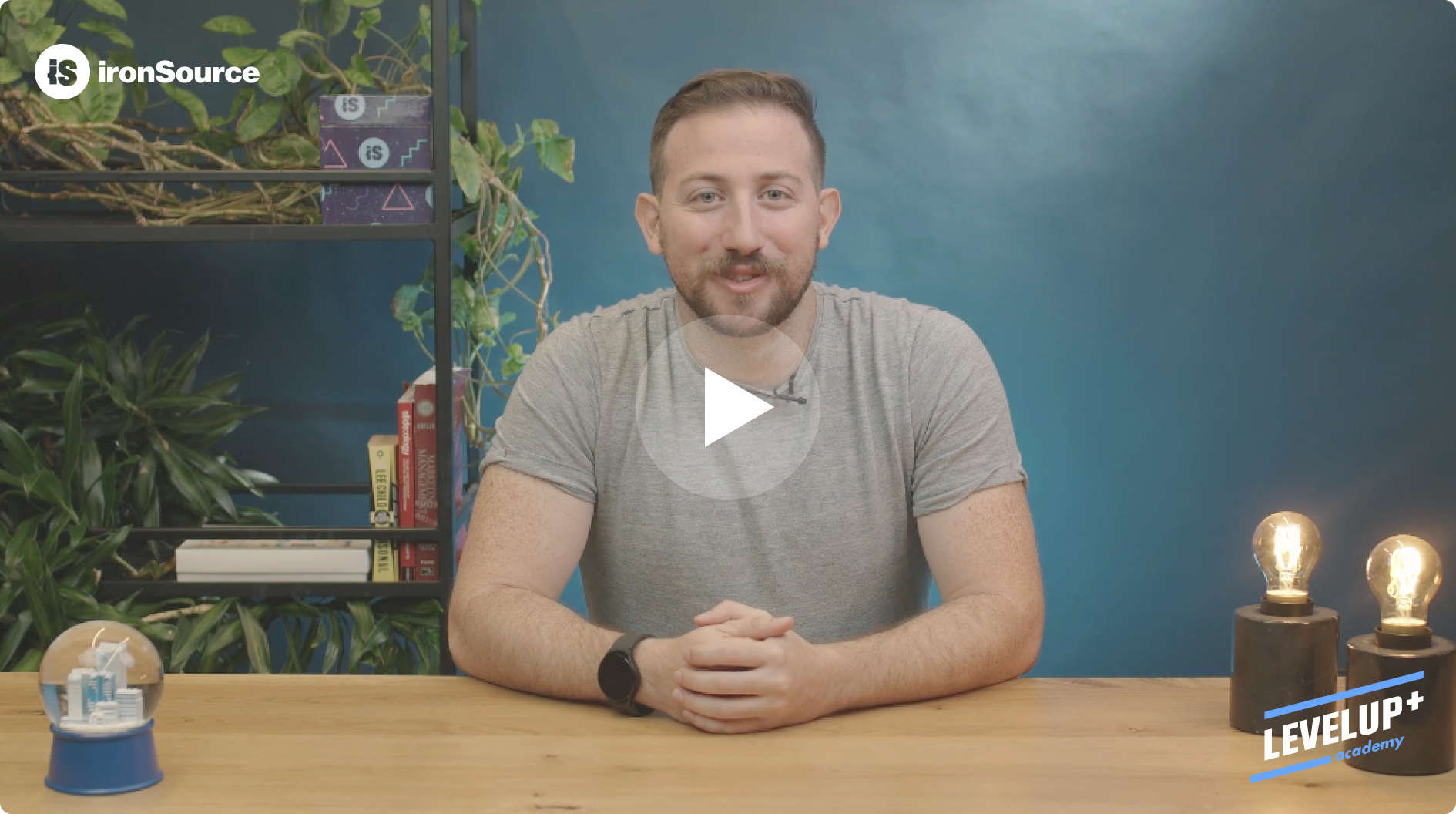 How to run marketability tests for your prototypes 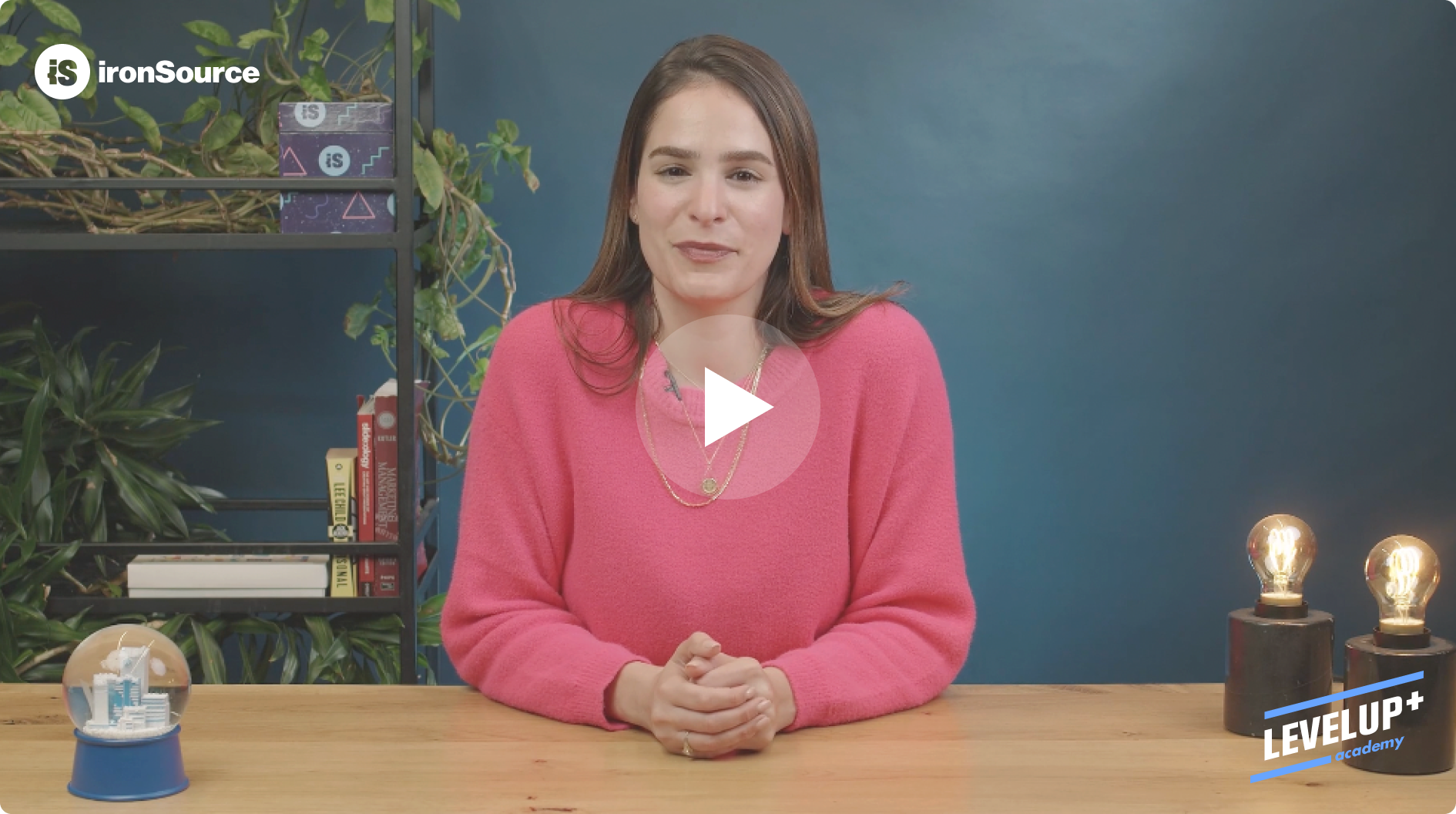 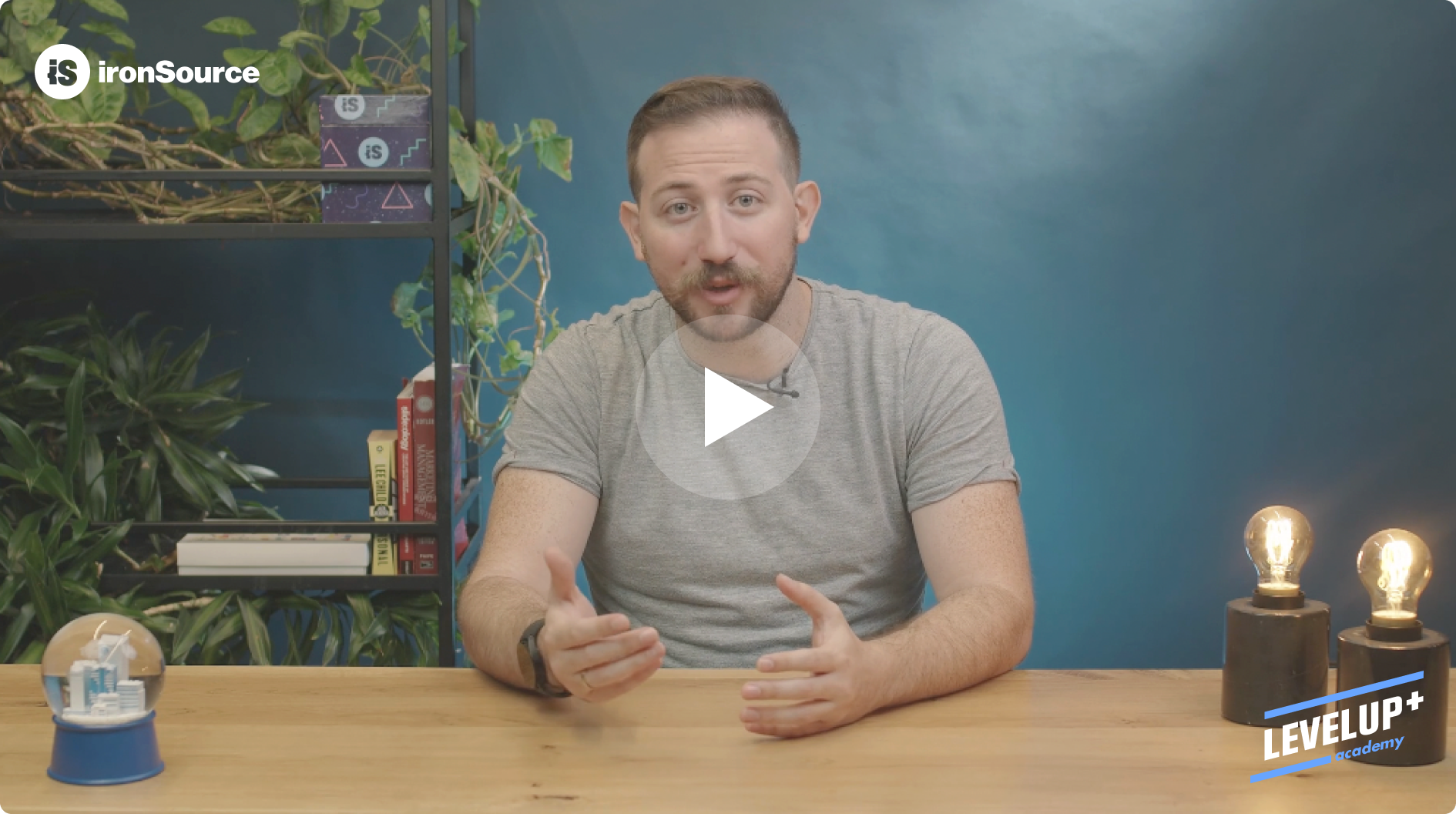 Class 18 How to ship a hit hyper-casual game

How to find a new game concept

Hi everyone, I’m Zvi from Supersonic, ironSource’s publishing solution. In our first two years we published 38 hyper-casual mobile games. 25 of those have reached the top 10 in the gaming charts in the US, so it’s fair to say that we know what we’re talking about!

In this four-part course, I’ll take you through the entire process of developing a hit hyper-casual game – from coming up with a concept all the way to launching it globally.

We break this down into four stages:

Concept – where you’re researching the market and finding ideas

Building out the game and adding retention mechanics

And launching the game, first in a soft launch and then globally.

Each one of these phases will get a video session to itself, so there’s going to be a lot for you to take away.

To start this course, we’re starting with the conceptualization phase. By the end of this video, you’ll know the different aspects of this and 4 main methods for finding a concept for a new hyper-casual game.

First things first, let’s lay down some ‘ground rules’ when it comes to coming up with your concept. Generally speaking your concept needs to:

Coming up with a great idea for a game is often one of the most difficult parts of the process. You need to think of a concept that’s super marketable and can scale…at the same time you’ve got to make sure it’s engaging for users and feels fun to play.

A good place to start is analyzing the market to find what’s currently popular in the hyper-casual industry. Take a look at market intelligence solutions like GameRefinery, GameAnalytics, or AppAnnie to find insights.

Seeing the mechanics, sub-genres, elements, and narratives of the games already at the top can inspire your own concept and make sure it has marketable features. Your market analysis doesn’t need to be a huge, time-consuming project.

For example ours at Supersonic is a simple sheet that breaks games down into publisher, sub-genre, narrative, mechanic, and elements.

After running your market analysis, take a look on TikTok, Instagram and Youtube for new trends that could be integrated into a hyper-casual concept.

Fidget trading games from TikTok, for example, were the inspiration behind games like Fidget Trading 3D that reached the top of the hyper-casual charts. And loads of other games have tapped into Tiktok trends.

After keeping tabs on social media trends and doing your market analysis, you can start thinking of a concept.

Remember – you’re most likely going to be testing out loads of different prototypes, maybe even at the same time. the market is super competitive and fast moving…Trends change all the time so you need to move fast.

4 strategies to guide you

Strategy #1: Introduce a twist to an existing successful concept

The first strategy is to get inspired by an existing hyper-casual game’s template then introduce a twist to the narrative or mechanic.

Since the game inspiring yours is already a popular concept, it’s more likely to have high marketability power. Having said that, you need to make sure your concept brings something new and innovative – if not it will struggle to be marketable, as the original game may have already acquired millions of users.

For example, our game 911 Emergency Dispatcher, was inspired by the decision making concept in another game of ours called Chat Master.

Both are decision-making games that simulate a real-world experience, but 911 has an entirely different narrative – the game puts users in the front seat as an emergency dispatch, whereas Chat Master simulates funny conversations from our day-to-day lives.

Strategy #2: Adapt a popular mechanic or narrative for a different sub-genre

There’s a bunch of different subgenres within the Hyper-casual games category – like simulation, action, and puzzle. If you see a mechanic or narrative performing well in the charts, try adapting it for a different sub-genre.

Reimagining a popular game like this helps attract users that gravitate towards a certain sub-genre, while adding a new element to your game that makes it stand out.

Just look at our game Bridge Race – this hit game leveraged the stacking mechanic of runner games in the top charts and changed it to fit the i-o sub-genre, which has competitive games where you grow yourself by eating up or defeating other players. The popular mechanic reinvented in an innovative way helped Bridge Race become the most downloaded game in the world in Q2 2021.

Successful games have also been born out of the mash-up approach, where you take one element each – like the core mechanic or theme – from two existing, popular games and combine them to create a new concept.

Each element has already proven to be popular, so applying these features to a new concept make sure your game has high marketability power. Remember, that’s our number 1 target at this stage – marketability, AKA product-market fit.

Take Shortcut Run from Voodoo, which combined the stacking elements from popular games like Stair Run with the shortcut element of top games like Aquapark from Voodoo.

Bringing both popular features into one game and tweaking the gameplay led Shortcut Run to the top of the charts.

You can also try reinventing the wheel, thinking of an entirely new narrative or mechanic that’s not in the hyper-casual charts yet. This is harder, but the potential upsides are larger than other approaches.

This approach needs a lot of creativity because there aren’t other examples of a similar game for you to use for inspiration.

There’s also a risk that because this is a brand new idea that hasn’t proven its popularity in the hyper-casual charts, you don’t know if users will understand and enjoy it.

But… you can test its marketability to judge if it’s a fit for the market. It just might take more tests and ideas to find a marketable concept versus using an already existing popular concept.

A game we published called Going Balls is an example of this strategy – no other successful hyper-casual game at the time had the same core mechanic and overall execution.

We tested the initial prototype and saw that users enjoyed playing the game…average D0 playtime was over 850 seconds, and D1 retention rates were between 37-42%. Pretty good…

Scaling this original concept and making some game tweaks helped Going Balls reach #1 on Android in the US and generate serious profits – all while maintaining its strong in-game metrics.

Whatever approach you choose, it’ll be helpful to see some examples of trending mechanics in the hyper-casual charts. So to finish our opening session off, I’m going to share four of the top trending mechanics we’ve seen that we believe will stay relevant for quite some time.

The multiplier mechanic lets players grow their resources in bursts instead of collecting and growing one resource at a time . For example, players can pass through a gate in a runner game that multiplies their resources by 3x – as opposed to watching their resources trickle up slowly with individual collection.

Using multipliers adds excitement and helps players build up their in-game resources faster, which can improve in-game KPIs like retention and playtime.

An early form of the stacking mechanic already existed in mobile games, but it was later refined by games like Fortnite, and this more dynamic version was then adapted for the hyper-casual industry.

Now, we’re seeing several stacking games in the top hyper-casual charts, like Bridge Race, which achieved over 100 million installs in 3 months. Garawell Games, who developed Bridge Race, worked with Supersonic to evolve the classic stacking mechanic into something more dynamic….

Players would stack tiles to build bridges and progress through the level. This feature added depth to the game and made it more exciting.

The decision-making mechanic is good for story-based games.The choose-your-own-adventure style of the mechanic gives power to the player and appeals to those who are story-driven.

911 Emergency Dispatcher is one example of a decision-making game that achieved incredible success in 2021, reaching #1 across all categories on both iOS, even surpassing TikTok for the top spot. In the game, players have a right or wrong choice, like deciding which emergency service to request based on the call they receive through dispatch.

In transformation runner games, the player controls an avatar which they can transform into other things at different points in the level, like a car or a boat. As players earn more resources, they can unlock new items to transform into.

In older versions of games with this mechanic, there were buttons on the screen that players could tap to switch the character’s state.

Games with this mechanic tend to do well on social networks and have long playtimes for the category, probably because users get to experience a transformation process that makes them feel rewarded throughout gameplay – not just when they finish a level, as is the case with traditional runners.

And that’s it for this session, I’ll see you again for our next class where you’ll learn how to actually run a marketability test and analyze the results to see if your concept is a product-market fit that can scale.

How top hyper-casual developers got the idea for their games

How to turn a hyper-casual trend into a marketable concept