The investor perspective on gametech

Melissa Zeloof is joined by Spike Laurie, Venture Director at Hiro Capital, and Mario Lu, VP at Barclays and Lead Analyst for video game stocks. We’ll be talking about the game investment landscape, the gaming industry and its relationship to gametech, and how gametech is spilling over to other industries.

Games investment during a pandemic

Spike: Since March 2020, the investment landscape has changed slightly; the games industry, especially in the UK, is built on Angel and seed funding - we have this incredible wealth of businesses, we over index in talent in the game studios in the UK and Europe. So we have these people who’ve done extremely well in the games industry paying it back and doing a lot of Angel and seed funding for studios.

But with Coronavirus, everyone saw the stocks go down and the looming recession, causing many of those investors to sort of take a step back and be more cautious. Institutional investors took a “let’s wait to see how things play out” approach, but I think now everyone has seen how fantastic gaming has done in both public and private markets, so now we’re seeing a lot of institutional investors coming back and saying “we’ve got to be in games” - things we thought were foolproof six months ago like property - now look really uncertain, and what does look certain is games, the metaverse and the digitization of society.

Making sense of gaming’s value over other entertainment mediums

Spike: First of all, it’s interactive. There’s a great saying: “the medium is the message”, and I think games have allowed a new message to be told because the medium is so memorable and interactive. They allow developers to tell a very deep and immersive story, that puts you at the centre of it - and that is what is so unique and compelling at a human level, versus cinema.

Mario: In addition to video games, I also cover Amazon and Netflix in my work. There are a lot of similarities in these verticals, including the shift to higher margin digital businesses...and also both of them (TV and games) going direct to consumer. For gaming in particular, it’s unique advantage is its interactiveness. On the financial side of the business, games have benefited immensely from in-game purchases...which provide unlimited spending potential. So a player playing FIFA ultimate team can spend $10,000, in contrast to linear entertainment, where consumers make one-time purchases, such as to rent a movie.

To me, the unlimited upside provided by video games is a significant advantage over other entertainment mediums.

Mario: Content is king. And I think currently, neither Amazon or Google have quality content on their platforms. Amazon arguably has the best content out of the big tech companies, since they own Twitch, so I’m interested to see how they’ll tie in their cloud gaming service, Luna, with Twitch. Over the past few months, we’ve seen an acceleration in gaming as a channel for social connection, with the likes of Fall Guys and Among Us jumping to the top of the charts. So having the ability to connect a channel like Twitch with its own gaming platform like Luna will be very interesting.

Where these big companies went wrong (Amazon with Crucible, and Google with Stadia), especially with Stadia, the marketing aspect didn’t really tie with consumer demand...they came out with a pro edition at 10 dollars a month with just access to the cloud platform - 30 months of using that platform would cost more than buying an actual console...which doesn’t really make much sense.

Spike: Microsoft’s purchase of ZeniMax at $7.5bn is testament to Mario’s point about content being king. Bethesda/ZeniMax has been built on a decade of strong content, lore, and world building, and I think just as Microsoft did originally with Minecraft, it's not just about making more Skyrim games, it’s about what does the Skyrim TV show look like, and what else can be created from that world that engages consumers with that IP.

Spike: The way society is moving into digital realms, it makes sense that sports of the future become digital. The macro-thesis is right - eSports is a growth area and therefore it is hot in the investment world.

The main problem that eSports faces from an investment perspective - which is either a black hole that the industry circles around, or simply a feature of the 21st century and the way everything is going to work from now on - and that is that the people running eSports and seeking funding are not the owners of the underlying IP that they’re building upon. And that is a big problem.

The big game developers who own the IP essentially dictate what eSports can and can’t do.

Mario: While content is king, from an investor perspective the supporting tech is just as attractive. One of the main hesitations investors have about committing to the games space is the hit-driven nature of the business.

Investing in a gametech company in sense gives you the upside of the positive gaming trends, but it also gives you less volatility, because they have less reliance on specific title releases. As you can see with Unity, there’s a lot of demand for gametech companies, and it’s just at the beginning.

Spike: There’s a lot of gametech companies who are solving quite specific problems. Therefore you need to be honest about the monetization opportunities when you’re solving small, specific slices of the problem. What we’re seeing from companies like Unity and Epic, they are trying to build a really good full stack which contains everything you need.

Gametech adding to the pie...and spilling over to other industries

Mario: Skillz is a good example, starting a new market for competitive, hyper-casual mobile gaming, and that’s definitely adding to the pie. Because gaming is such a universal activity, a lot of gametech companies have the opportunity to do the same, as long as they’re bringing something new.

Spike: We’re seeing a convergence - Mandalorian being shot in Unreal, the same engine and stack that game developers use, is a great example. We’re also seeing it being used by the automotive industry and architecture.

These tools are not just important for games, but as society moves, starts to digitize itself, they become ubiquitous tools for humanity.

Gaming is very lucky in that the problems it’s solving can actually benefit all industries.

Mario: Competition is pretty fierce right now and there is no clear winner in the sense of the defensibility seen in the FAANG stocks now.  But over time there’s typically one or two companies that emerge in every category that will have that defensibility.

Spike: Games studios can be defensible through progress...e.g. World of Warcraft. A lot of people have been playing that game for 15 years...that includes memories, friendships, and in-game progress - the items they’ve collected, how their character looks, their accolades - all this builds a deep relationship with the game that makes you think twice about switching to another game. 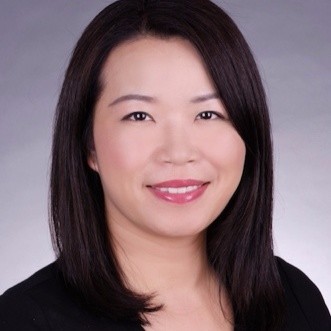