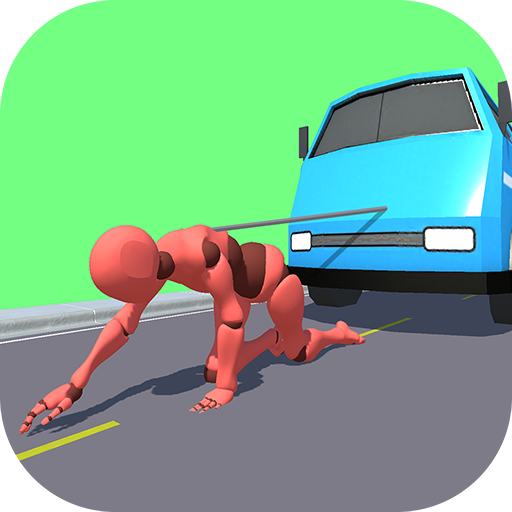 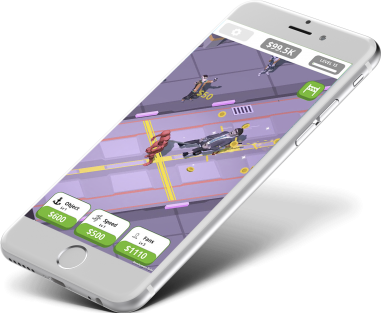 Neon Play is a mobile games studio based in the United Kingdom.

The team at Neon Play places a big emphasis on data, believing that game performance data is just as important as gameplay and fun. However, they were finding it difficult to make accurate data-driven decisions when testing new ad monetization strategies.

Each time they wanted to test ad monetization, they’d roll out a new ad implementation change to all users, and then compare data from the previous week with data from the week following the change. But without a control group, which is a portion of users who are isolated from the variable being tested, Neon Play couldn’t guarantee that results were accurate, as a multitude of factors could have caused bias and skewed the results. For example, comparing data from one week to another wouldn’t account for changes to the app’s DAU.

In addition, Neon Play’s third-party analytics platform, which provided insights into session lengths and retention, didn’t offer a complete picture on ad revenue data - making it impossible to see the full financial impact of their changes and leaving their data analysis incomplete.

Ultimately, measuring incrementally and cause and effect of specific changes was impossible without the right tools in place. Neon Play needed a simple way to test new monetization strategies with accuracy.

After a comprehensive test of all major ad mediation solutions, Neon Play selected ironSource as their platform of choice primarily due to its product suite and extensive reporting capabilities.  Soon after, Neon Play began testing their ad monetization strategy with ad monetization A/B testing tool, which was now available to them as users of the mediation platform.

First, as part of their waterfall testing, Neon Play tested various flat CPM prices, interested to learn whether the performance of high eCPM rates would compensate for the potentially lower fill rates of each network.

“Our search for a mediation partner was exhaustive, but the answer was simple. We settled on ironSource because their reporting is absolutely second to none.”

Additionally, Neon Play tested introducing interstitial ads to a game that until then had been monetizing only with rewarded video. Neon Play was aware that interstitials could negatively impact retention if not implemented correctly, and also wanted to determine the ad frequency that would best balance increased revenue and user churn.

Neon Play increased ARPDAU with minimal impact on retention by testing interstitial ads with ironSource. The encouraging results prompted Neon Play to keep interstitials in their game, and run a second test to further optimize ad frequency, which further increased their ARPDAU.

“We never considered testing as standard practice, but with ironSource it’s so easy, so now we do it all the time for each game.”

Ultimately, ironSource’s tool solved all of Neon Play’s A/B testing pain points. ironSource’s extensive reporting on metrics like revenue, ARPDAU and retention enabled Neon Play to understand the holistic impact of each test and analyze results with confidence. What’s more, using a control group and conducting incremental tests, ensured that Neon Play could isolate cause and effect and make data-driven decisions to improve their game's user experience, all while driving as much revenue as possible.

In fact, because of how easy it is to set up tests with ironSource, testing has become standard practice for Neon Play.

“Excellent talent aside, ironSource has some of the nicest people in the industry working for them. And as we all know, features and unique selling points play their part, but the relationship with your partner is key to success!” 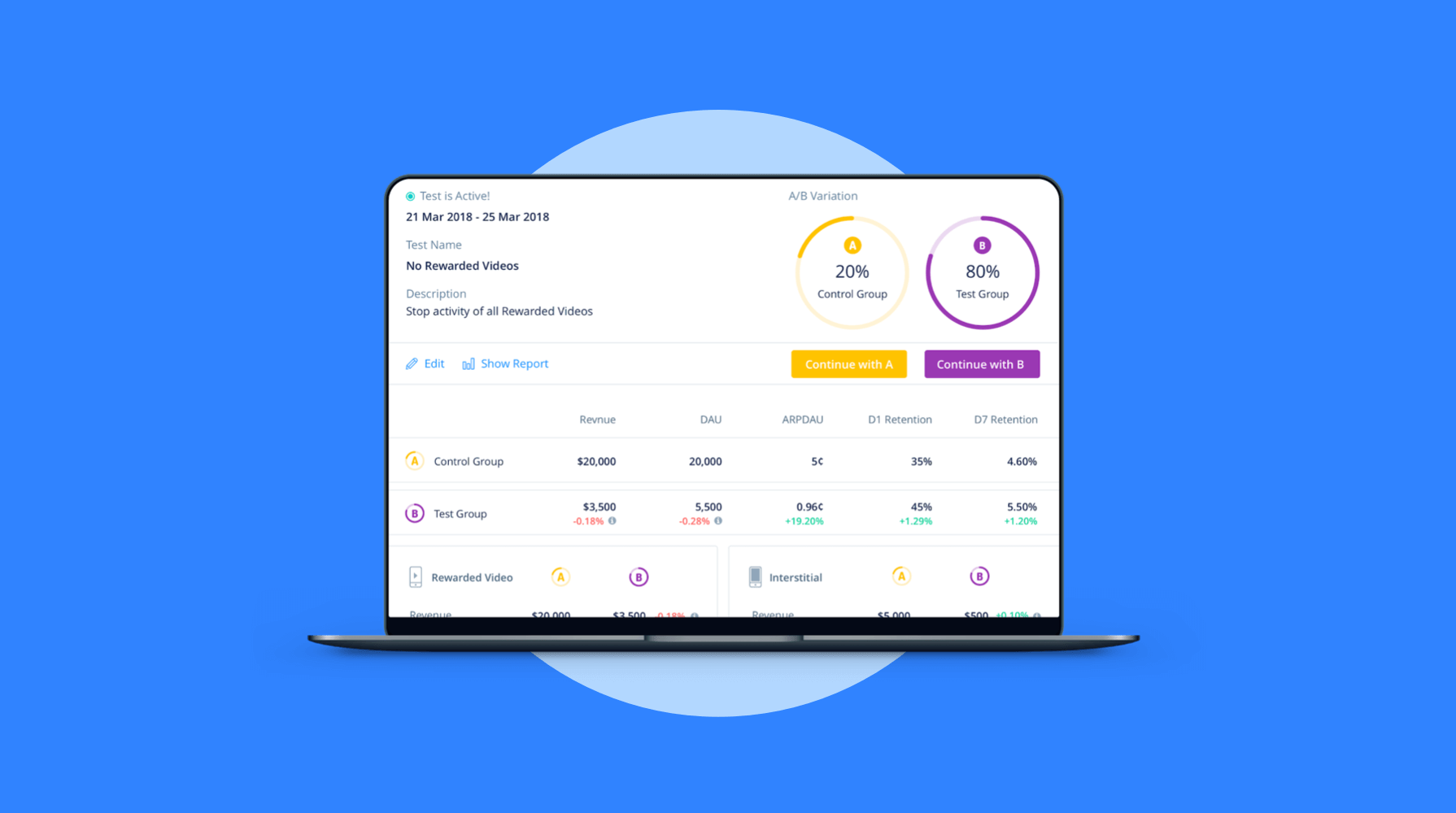