In the past year, we’ve seen a surge in the amount of game and app developers who have adopted in-app bidding into their monetization strategy. But like with any new technology, and especially one that automates manual operations, it’s important to retain as much control as possible and get full transparency into its performance. By relying on hard data, you’ll be better equipped to optimize and control the automated setup, make the right decisions for your business strategy, and manage the conversation with your ad network partners.

Here are 4 KPIs you should be monitoring through your mediation platform to make sure your in-app bidding setup is performing at maximum efficiency.

In a traditional waterfall, developers have complete control to set price floors or CPMs for each network, and use eCPM to measure the impact on network performance. However, in an in-app bidding stack, the networks’ algorithms determine CPM in a real-time auction, and there’s less developers can do themselves to increase a specific network’s performance. Accordingly, eCPM is no longer a relevant or actionable KPI for measuring monetization performance. That’s why, ARPDAU, or average revenue per daily active user, has become the go-to metric for measuring in-app bidding performance.

ARPDAU measures the revenue from in-app purchases, ads, or both on any given day, by summing the revenue on that day and dividing it by the number of unique active users. It provides a holistic view of overall app revenue, and can indicate the health of your monetization stack.

"With real-time time bidding performance KPIs, developers get total transparency into auction dynamics, enabling them to better control and optimize their monetization strategy. "

Putting this all together, the bid rate KPI is the percentage of times that a bidding network chooses to participate in the auction, and is measured by dividing bid responses by bid requests. Think of it as the equivalent metric to fill rate in the traditional waterfall.

It’s important to keep in mind that bid rate can vary significantly between networks, due to differences in strategy, technology, and demand - meaning bid rate is not the best indicator of individual network performance. Rather, you can use bid rate to compare a network’s performance across your app portfolio and identify server tech issues in each. For example, if on average, you see the ironSource network has a 99% bid rate, but on one app you see it’s at 70%, that’s a signal something is wrong. Meanwhile, a 0% bid rate most likely indicates a setup issue.

Win rate is the percentage of times a bidding network wins the in-app bidding auction and gets to load the ad, and is calculated by dividing bid wins by bid responses.

Analyzing win rate can help you determine the strength of a bidding network, and pinpoint any opportunities to optimize your monetization setup. For example, a decline in a network’s win rate may be due to competition that’s improving performance, or a change in the network’s demand. Meanwhile, an increase in a network’s win rate may encourage you to use that network across other games in your portfolio, or other segments or countries in that game. Additionally, a drop in win rate across all bidding networks at the same time may signal setup issues - perhaps bids aren’t sorted by eCPM or rates are set incorrectly.

Note, however, that networks that have lower bid rates and are more selective with the bid requests they choose to respond to, tend to have higher win rates. Ultimately, win rate as a KPI is most valuable when compared over time, and also when used alongside render rate, which we’ll dive into next.

Render rate is the percentage of times a bidding network bids in the auction and then serves an impression. It’s measured by dividing bid response by number of served impressions.

Comparing render rate against win rate can alert you if there are operational issues with your in-app bidding stack. For example, large discrepancies between win rate and render rate may suggest that the network is bidding on fewer engaged users, there’s a poorly placed traffic driver, or that you didn’t call to show the ad. Take note that when measuring these in-app bidding KPIs, it’s critical to analyze them according to network, geo, app or ad unit, rather than overall. Doing so will lessen the load, and make the numbers easier to decipher. 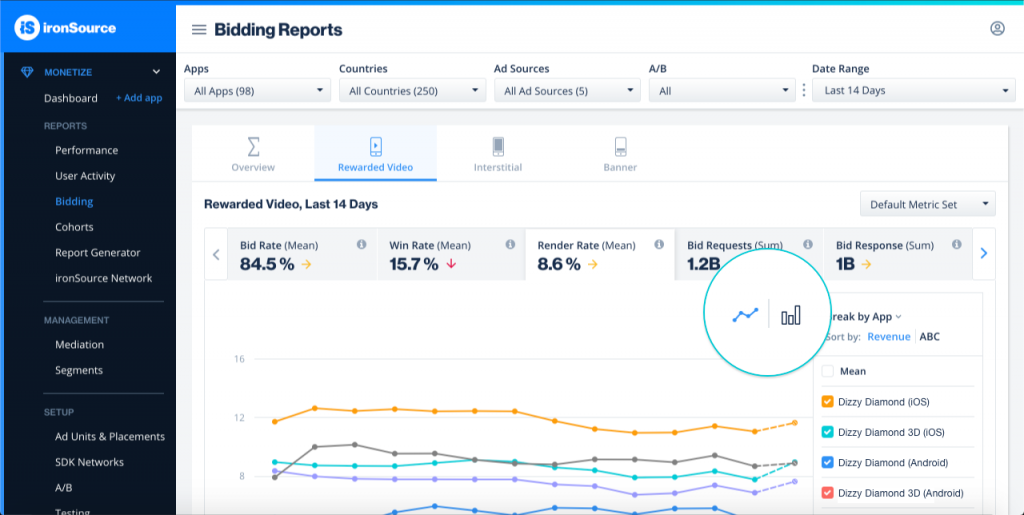 Render rate is useful for more than just troubleshooting technical issues. This metric can be used to understand the level of competition within a network, by showing you how many impression opportunities manifested into a real impression. That’s because though the auction takes place on the impression level, not every opportunity for an impression manifests into an ad served.

These 4 KPIs should be at top of mind when looking to optimize your monetization bidding stack. Be sure to leverage the transparency into reporting that your platform is offering you, in order to better control your business strategy and increase your app’s revenue. 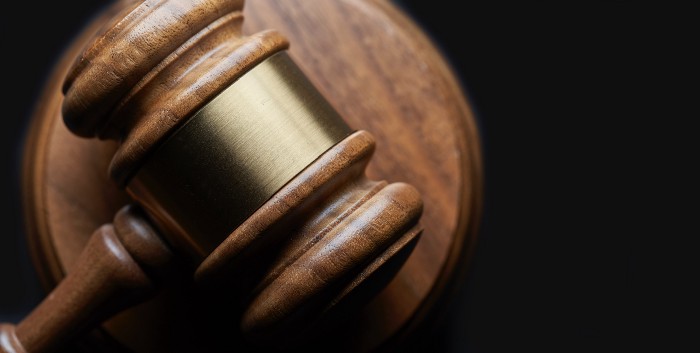